Netflix has announced its most ambitious film slate ever for 2021.

While movie theaters sit empty and studios worry about additional delays and revenue losses due to the coronavirus, Netflix will be at least one new film every week this year and 70 in total.

Included on Netflix’s release list are several movies with local ties, including “Don’t Look Up,” the star-studded comedy currently filming in Massachusetts.

Here is the full list of original movies coming to Netflix in 2021, as well as four Netflix movies with local ties highlighted up top.

Peter Dinklage and Rosamund Pike in “I Care A Lot.”

Following positive reviews out of the Toronto International Film Festival, Netflix purchased the rights to “I Care A Lot,” a dark comedy filmed in Massachusetts in 2019 about Marla Grayson (Rosamund Pike, “Gone Girl”), who cons her way into legal guardianship of senior citizens and drains them of their savings. After assuming guardianship of another elderly woman, Marla finds out that the woman she’s trying to swindle has someone in her life (Peter Dinklage, “Game of Thrones”) who is as ruthless and unscrupulous as Marla herself. “I Care A Lot” was filmed in Boston, Braintree, Dedham, Medfield, Millis, Natick, Rockport, Watertown, Wayland, and Wellesley, and debuts on Netflix on Feb. 19. 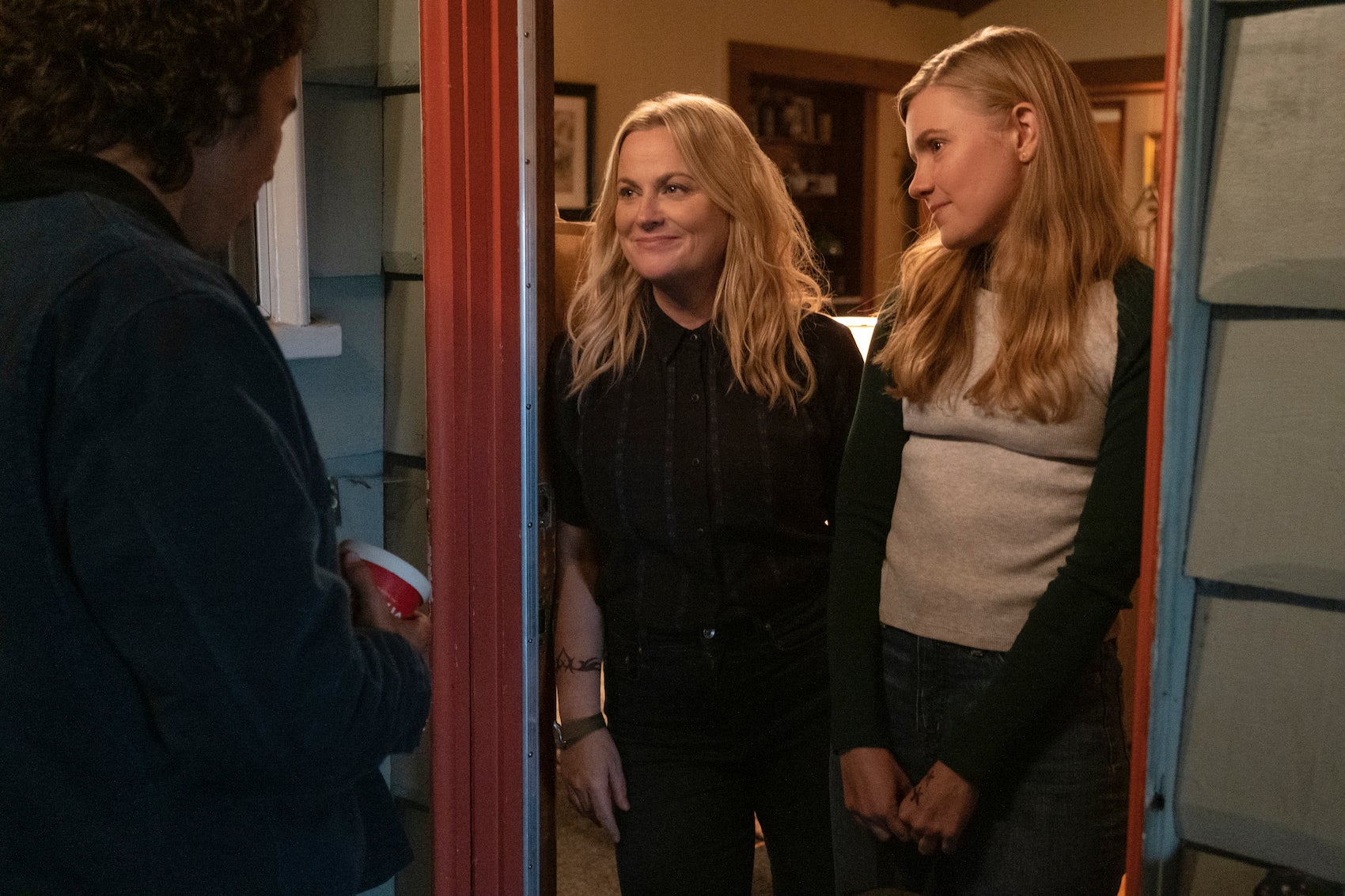 Burlington native Amy Poehler wrote, directed, and acts in this comedy about a shy 16-year-old (Hadley Robinson, “Little Women”) who is fed up with the sexist, toxic status quo at her high school. Finding inspiration from her mother’s rebellious past, she publishes a zine that sparks a school-wide revolution. Also featuring Clark Gregg (“The Avengers”), Ike Barinholtz (“Neighbors”), and Marcia Gay Harden (“Mystic River”), “Moxie” debuts March 3 on Netflix.

From director Antoine Fuqua (“Training Day,” “The Equalizer”), “The Guilty” takes place over the course of a single morning in a 911 dispatch call center. Call operator Joe Bayler (Jake Gyllenhaal, “Stronger”) tries to save a caller in grave danger, but he soon discovers that nothing is as it seems, and facing the truth is the only way out. The film’s deep cast includes Canton native Bill Burr (“The Mandalorian”), Peter Sarsgaard (“Garden State”), Riley Keough (“Mad Max: Fury Road”), Paul Dano (“There Will Be Blood”), and Ethan Hawke (“Training Day”).

Here’s the full list of Netflix original movies coming in 2021:

ROMANCE
A Castle For Christmas
Fuimos Canciones
Kissing Booth 3
Love Hard
The Last Letter from Your Lover
The Princess Switch 3
To All The Boys: Always and Forever
Untitled Alicia Keys Rom-Com

WESTERN
The Harder They Fall

MUSICAL
A Week Away
tick, tick…BOOM