Although President Joe Biden was the focal point of Wednesday’s inauguration ceremony, it was his onetime primary opponent, Sen. Bernie Sanders, who went viral online.

Photos and footage of the Vermont senator bundled in wintry gear at the inauguration took on a life of their own this week, with social media users creating thousands of memes featuring the mitten-wearing senator.

The pose. The mittens. The social distance. pic.twitter.com/kwHH7AzZY8

During a Thursday night appearance on “Late Night With Seth Meyers,” Sanders said he had no idea during the inauguration that he was going viral.

“Not at all,” Sanders said. “I was just sitting there, trying to keep warm, trying to pay attention to what was going on.”

Sanders then took a moment to acknowledge Jen Ellis, the Vermont schoolteacher who made Sanders’s mittens with repurposed wool sweaters and fleece made from recycled plastic bottles.

“She is a schoolteacher and a very, very nice person,” Sanders said, “And she has been somewhat overwhelmed by the kind of attention that is being shown to her mittens.”

Before launching into a more substantive discussion about the Biden administration, Meyers snuck in one last meme-related question, asking what was in the manilla envelope Sanders was seen carrying in the photos. 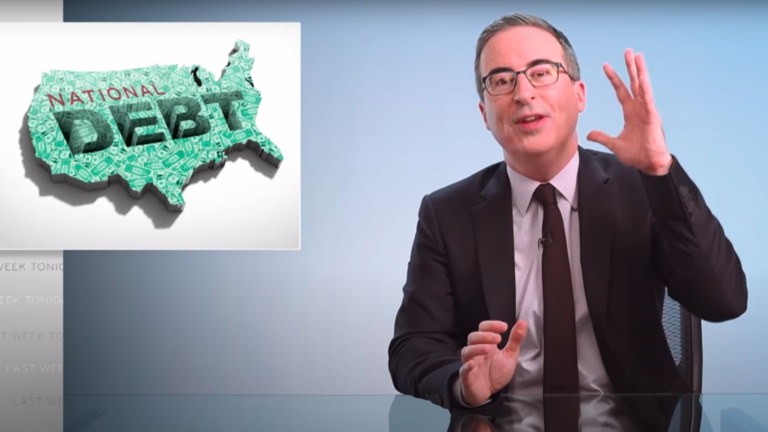 John Oliver on the national debt: ‘I actually have some good news for you’