Season 10 of Ryan Murphy’s series, which is filming under the code name “Pilgrim,” was originally supposed to be filmed in Provincetown in spring 2020, but was rescheduled due to the coronavirus.

Town officials were only able to confirm that Twentieth Century Fox Television is filming a project called “Pilgrim,” but a source familiar with the production confirmed that the project is indeed “American Horror Story.”

Here’s everything you need to know about “American Horror Story” season 10, including filming locations, who is in the cast, and theories as to what the show will be about.

When and where will “American Horror Story” season 10 be filmed in Provincetown?

Filming for the series began on March 1, and is expected to wrap on on March 12.

According to Provincetown director of tourism Anthony Fuccillo, the exact filming dates changed numerous times, with Fox initially re-approaching Provincetown in November 2020, then submitting potential agreements to film from Jan. 25 to March 13. The changing schedule was due to cast availability, according to Fuccillo.

In the agreement reviewed by Boston.com, there are 19 filming locations planned for the production, with several backup locations appended as well. Filming will be spread across Provincetown, with shoots on the east side near the intersection of Snail Road and Commercial Street; on the west side near Tremont and Commercial streets; and in the center of town near Standish and Gosnold streets.

Filming for movies and television has taken place in Provincetown several times over the years, most notably in 2019 for the Starz series “Hightown.”

“We think it’s great exposure for the town,” Fuccillo said. “It’s good for the film industry to have a town like ours to utilize. It will bring additional business for the town, and is good for economic development, especially this time of year.”

Who is in the cast of “American Horror Story” season 10?

Murphy and “AHS” co-creator Brad Falchuk (a Newton native) frequently reuse actors in various seasons of “AHS,” and this time will be no different.

Wittrock, who was born in Lenox, was spotted filming in Provincetown Monday morning. Rabe seems likely to film as well, given that she is already filming George Clooney’s new movie “The Tender Bar” in Massachusetts this month.

Primary production for the show is based in Los Angeles, and with only two weeks of filming taking place in Provincetown, there’s no guarantee that all of the show’s large cast will film scenes in Massachusetts.

What is the plot of “American Horror Story” season 10?

While very little concrete about the plot has been revealed, Murphy has dropped occasional cryptic clues on his Instagram page about the plot of “American Horror Story” season 10. Clues have included images of a dune-covered beach tagged as Provincetown, the tagline “things are beginning to wash up on shore,” and a poster featuring sharp, shark-like teeth in a human mouth.

Last spring, Murphy, who has a home in Provincetown, told The Wrap that his vision for the show involved shooting in specific weather during a specific time of year, which helps explain why the show waited an entire year to begin filming after the coronavirus-related delay.

“A lot of what I was going to shoot was dependent on a very specific moment, it was a weather-dependent show,” Murphy said.

While “AHS” is completely fictional, the series has a history of alluding to real-life crimes and situations with its characters and plotlines. As a result, fans have speculated that the location of Provincetown means that Murphy may draw on some of the Cape’s more infamous crimes, including The Lady of the Dunes — the unsolved mystery of a woman who washed ashore on Race Point Beach in 1974 — and Provincetown serial killer Tony Costa, who killed and dismembered multiple women on the Cape in the late 1960s.

Other fans, meanwhile, seem split on whether the numerous photos of sharpened teeth posted by Murphy refer to vampires or an aquatic creature, with some drawing a connection to “Jaws,” which was filmed on Martha’s Vineyard the same year The Lady of the Dunes was found dead.

In all likelihood, fan speculation won’t match up with what Murphy and Falchuk end up putting on screen. At a meeting with the Provincetown cemetery commission in 2020, location scout Tiffany Kinder downplayed concerns that the show would cast Provincetown in a bad light, according to the Cape Cod Times.

“It’s not a terrible show about Provincetown in particular, but, you know, there is a little bit of supernatural things happening,” Kinder said.

What is the release date for “American Horror Story” season 10?

Season 10 of “American Horror Story” does not have a release date, but is expected to debut on FX sometime in 2022. 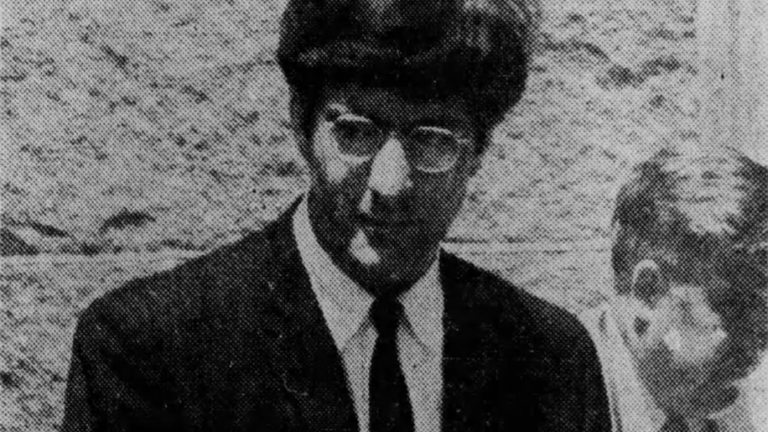