Ben Affleck reported to the set of his new movie, “The Tender Bar,” in Boston Friday morning, toting — what else? — a Dunkin’ iced coffee.

The Oscar winner showed up bright and early at the Harvard Club of Boston wearing a puffer jacket over a gray pinstripe suit and carrying his signature beverage. Affleck stars as Uncle Charlie in the coming-of-age film, which is based on a 2005 memoir by Pulitzer winner J.R. Moehringer and directed by George Clooney.

The film tells the story of young J.R., played by “Ready Player One” star Tye Sheridan, who bonds with the regulars at his uncle’s Long Island bar before leaving town to attend Yale. Shooting on the Amazon Studios production kicked off here in late February, and earlier this week, crews festooned Lesley University in Cambridge with Yale banners and insignia for the film — an amusing sight so close to rival Harvard University.

In keeping with COVID-19 safety protocols, a bearded Affleck wore a surgical mask and face shield Friday morning as he walked into the club on Commonwealth Avenue in Back Bay.

Affleck wasn’t the only big name on set Friday morning. We also spied actress Lily Rabe, who has been ubiquitous in recent months, starring in HBO’s “The Undoing” with Hugh Grant and Nicole Kidman, and now appearing in the Amazon crime drama “Tell Me Your Secrets.” Rabe portrays J.R.’s mother in “The Tender Bar,” according to Deadline. 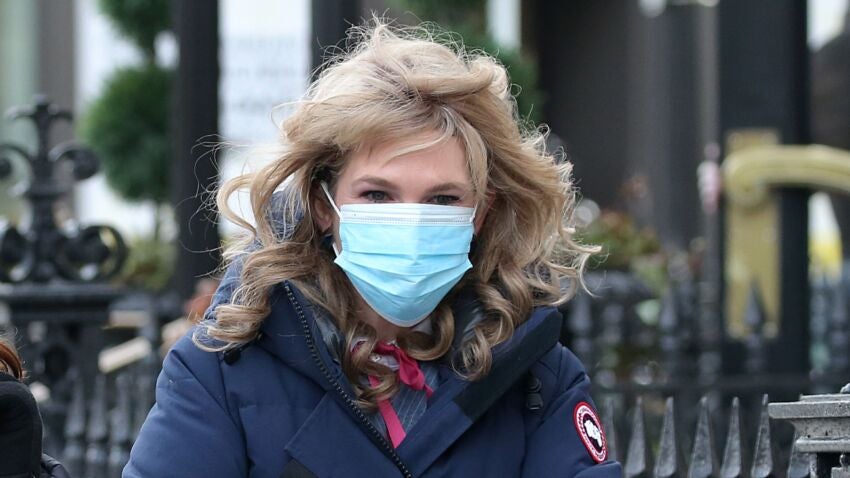 Crews were said to be shooting a Yale graduation scene at the Harvard Club Friday morning, and indeed a long line of masked extras, decked out in black robes and mortarboards, soon made their way down Comm. Ave.

Back Bay wasn’t the only “Tender Bar” filming location around town on Friday: We heard that a scene was also set to be shot at Pine Manor College in Chestnut Hill. 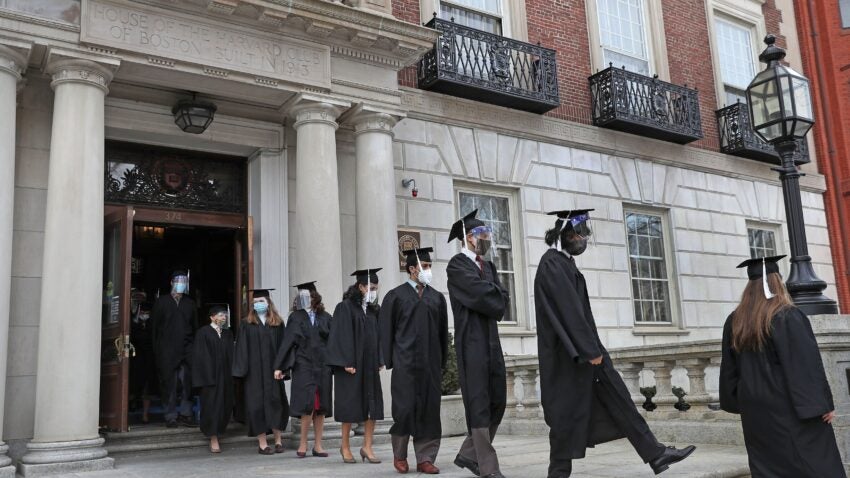 Extras dressed up as Yale graduates walked out of the Harvard Club of Boston after filming a scene from “The Tender Bar” on Friday.

“The Tender Bar” is the third high-profile project to film in and around Boston in the past few months.

Crews recently wrapped up shooting on the big-budget Netflix movie “Don’t Look Up,” starring Jennifer Lawrence, Leonardo DiCaprio, and Timothee Chalamet. And prior to that, “Schitt’s Creek” star Annie Murphy shot a new series for AMC called “Kevin Can F*** Himself” in Brockton, Milton, Hingham, and Worcester. 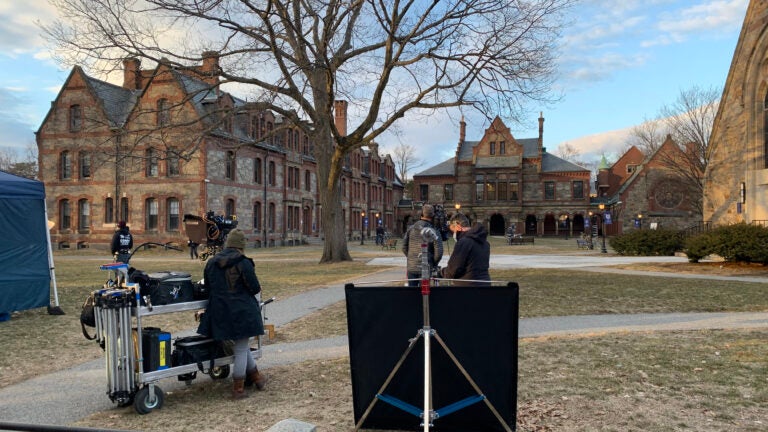