Before auditioning on “American Idol,” 23-year-old Beane of Brighton — real name Brennan Hepler — had an affectionate video chat with his grandmother Connie.

And what did judge Katy Perry say to the Berklee grad after his charismatic performance?

“You are a walking pocketful of sunshine.”

Beane, who said he goes by that alias because it’s easier to remember, is originally from Central Pennsylvania, according to WNEP. After a cheesy joke from judge Luke Bryan (“Hey, jump twice… Jumping Beane!”), the singer launched into a rendition of “Wait for the Moment” by funk group Vulfpeck. His audition aired Sunday night.

The judges were visibly delighted by Beane and his confident and theatrical stage presence, fit for a Broadway solo.

“We’ll sub the cardigan for the jacket,” Beane replied.

While both Richie and Bryan admired his performance, they said they weren’t sure if he was a good fit for “Idol.” But Perry interjected, saying that she saw something very special in him.

“You are a walking pocketful of sunshine,” Perry said, “and it’s not put on. It is li-te-ral stardust.”

Reminding the young singer to remember what stage he’ll be on, the judges sent him to Hollywood with a golden ticket — yeses from Perry and Richie, a no from Bryan.

“The thing that was craziest about it for me, I went from living by myself in an apartment for three or four months practicing and didn’t see anybody, and then I found myself a few months later being in front of Katy, Lionel, and Luke,” Beane told WNEP.

Beane graduated from Berklee in 2019 with a major in music business and management and also works as a server at Club Passim in Harvard Square, according to his LinkedIn profile.

I have no words, so I’ll just post a smile. The support is unbelievable, I’m a humble lil Beane tonight. All my love. American Idol #americanidol #beaneonidol #neenonidol #beane

here’s Neen, she was so pumped to watch tonight 💛 @AmericanIdol pic.twitter.com/Gxmfb23TLs 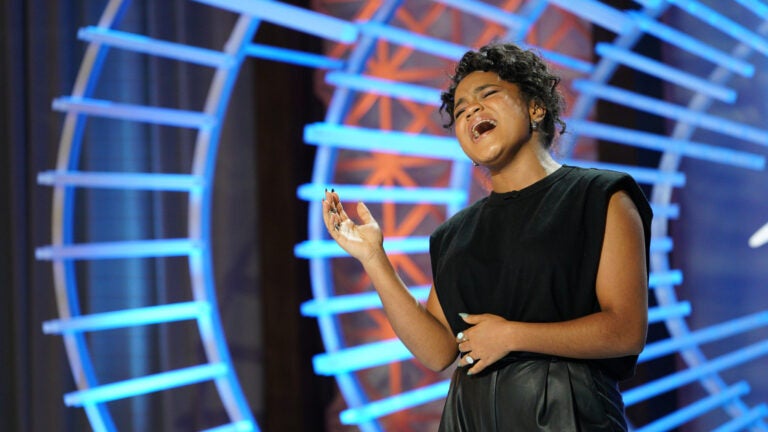