John Oliver tackled the issue of unemployment benefits during the latest episode of “Last Week Tonight,” expressing disbelief that, after a year of showing how “broken” America’s safety net is during the pandemic, little seems to be changing.

During the segment, Oliver looked at how each of the 53 unemployment systems in the U.S. — one for each of the 50 states plus Washington D.C., Puerto Rico, and the Virgin Islands — offer different benefits to those who are out of work.

While Massachusetts offers some of the best unemployment benefits, Oliver spotlighted Florida as among the worst. The state offers some of the country’s lowest weekly benefits, and also has an application process riddled with errors. Oliver also highlighted comments by former Gov. Rick Scott, who touted the drastic drop in the number of people who were able to obtain benefits.

Oliver also cited news stories featuring individuals who could not navigate Florida’s broken unemployment website, which forced the state to switch back to paper forms in the middle of the pandemic. News footage showed people gathering at “pop-up unemployment offices” in the state.

“Waiting in line for unemployment just after giving birth is already appalling, but the very phrase ‘pop-up unemployment office’ is truly alarming,” Oliver said. “Much like ‘emergency crematorium’ or ‘elephant forceps,’ it suggests things have gone terribly wrong and are about to get significantly worse.”

In terms of solutions, Oliver said that because a single federal unemployment system is unlikely, Congress should instead set mandatory minimum standards for states to follow.

“Congress should, at the very least, be setting a basic standard for unemployment benefits that states cannot drop below,” Oliver said. “All of which is really just long way of saying that we need to take all of the energy that we have been pouring in to making sure that people who don’t deserve payments don’t get them, and put at least as much energy into making sure that people who really need them do.

“To not make big changes after the flaws of this system have been so brutally exposed over the last year would be unforgivable,” Oliver continued. “Because if we don’t fix it, we have absolutely no one to blame but ourselves.” 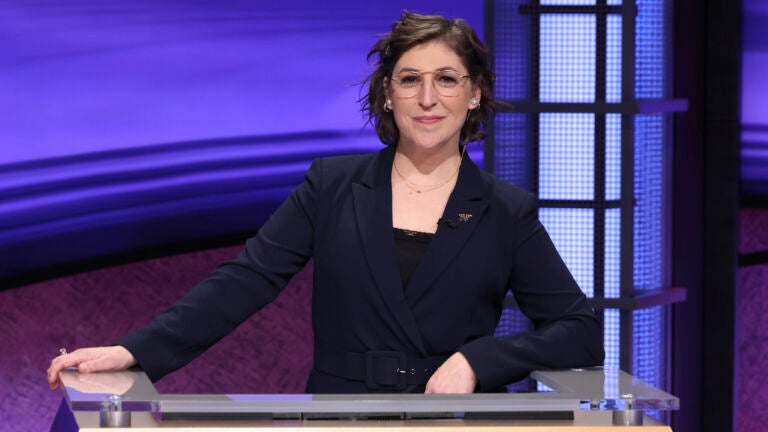 Is Mayim Bialik's dubious science going to be 'Jeopardy!'s' next big headache?