An unopened copy of Nintendo’s Super Mario Bros. that had been bought in 1986 as a Christmas gift but sat forgotten in a desk drawer until recently was sold Friday for $660,000, according to an auction house in Dallas. 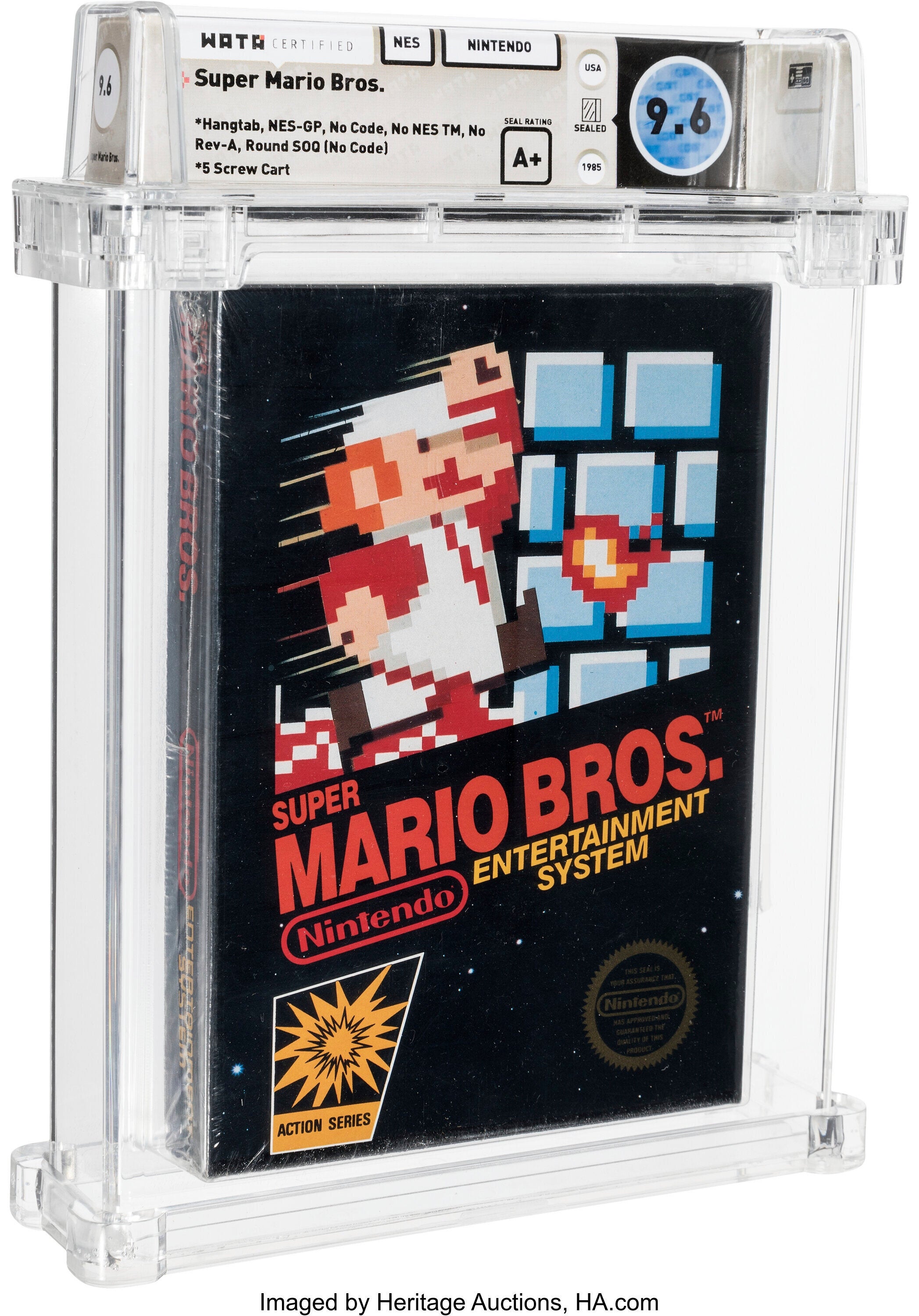 This photo provided by Heritage Auctions, shows an unopened copy of Nintendo’s Super Mario Bros., purchased in 1986 and then forgotten about in a desk drawer for decades.

The price was a record for a video game, Heritage Auctions said in a statement. That distinction was previously held by another copy of the same game, which sold for $114,000 in July.

The game that sold Friday was purchased 35 years ago but had been placed in the drawer, where it remained undisturbed, the statement said.

“It stayed in the bottom of my office desk this whole time since the day I bought it,” the seller, who asked not to be identified, told Heritage Auctions. “I never thought anything about it.”

Valarie McLeckie, who oversees video game sales at Heritage Auctions, said the game was produced in late 1986 during a brief period when the games were sealed with plastic shrink-wrap, rather than sticker seal, and before another packaging variation was introduced the following year.

“Since the production window for this copy and others like it was so short, finding another copy from this same production run in similar condition would be akin to looking for a single drop of water in an ocean,” McLeckie said in the statement. “Never say never, but there’s a good chance it can’t be done.”

Details about the winning bidder were not immediately available Saturday. The auction website allows bidders to make offers to the new owner, starting at $990,000 or more.

Heritage Auctions called it the “finest known copy” of the game, with even the perforated cardboard hangtab intact. The opening bid at the auction was $310,000.

Over the past year, interest in factory-sealed video games has greatly expanded, and games for the Nintendo Entertainment System are often the hottest investments. Collectors have been able to quickly flip titles for thousands of dollars in profits.

Super Mario Bros., an iconic, fan-favorite video game that has since spawned multiple variations, was first produced in 1986.