This year’s awards, which will be held at 8 p.m. ET, Sunday, April 25, airing on ABC, feature more uncertainty than any Oscars in recent memory. With every major studio delaying its releases in 2020 due to the COVID-19 pandemic, the Academy extending awards eligibility to films released in early 2021, and streaming-only titles being granted a one-time exception to a rule dictating that every nominee must have a theatrical release, it would be shocking if the 93rd Academy Awards featured zero surprises.

Based on wins from other awards bodies, it seems like this year’s Best Picture frontrunner is “Nomadland,” with “The Trial of the Chicago 7,” “Promising Young Woman,” and “Minari” also in contention. That said, in a year defined by darkness, many of the Academy’s more than 9,000 members could be like the rest of America, seeking comforting, conventional fare instead of artistically significant films that are difficult to watch. (I personally chose to watch the hilarious “Palm Springs” for a third time as a warm-up before jumping into the emotionally difficult “The Father.”)

To help you make sense of this year’s Academy Awards — as well as give you some of my personal picks as Boston.com’s chief movie scribe — here are my thoughts on the biggest categories at the 2021 Oscars, including who I think will win, who I wish would win, and who was snubbed of a deserving nomination. 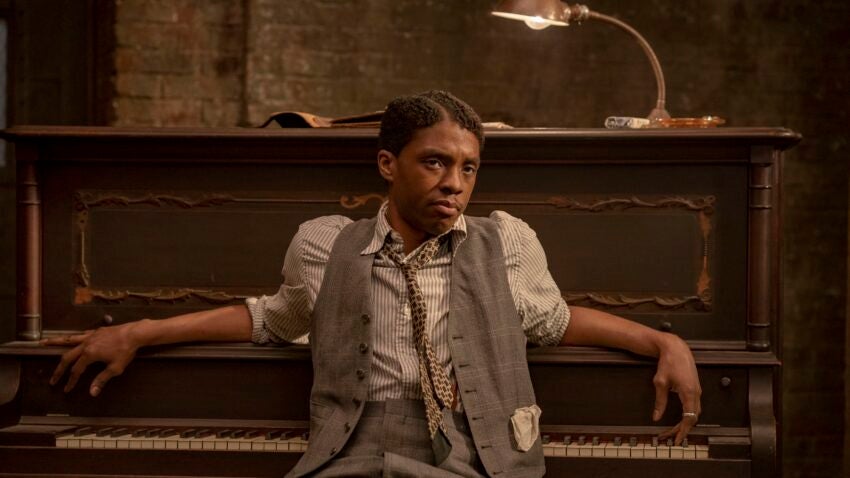 In any other year, Anthony Hopkins (“Silence of the Lambs”) would be a deserved front-runner for his tremendously affecting performance as a father who stubbornly adapts to the trials of aging after moving in with his daughter, played by fellow nominee Olivia Colman (“The Favourite”). But the tragic death of Chadwick Boseman at age 43 from colon cancer makes it an almost-certainty that the “Black Panther” actor will win for his performance in “Ma Rainey’s Black Bottom.” Hopkins and Oldman have already won Best Actor before, while Ahmed and Yeun will almost certainly be back in this category again at some point, so it’s hard to argue with the Academy’s choice if this award plays out as expected.

Two performances that received early Oscar buzz I wish could have been nominated were Delroy Lindo in “Da 5 Bloods” and Mads Mikkelsen in “Another Round.” Additionally, while he has been rarely mentioned by most critics, Hugh Jackman did fantastic work as a corrupt school administrator in over his head in “Bad Education.” I would have taken any of those three over Oldman this year, but overall the Academy selected five great performances. 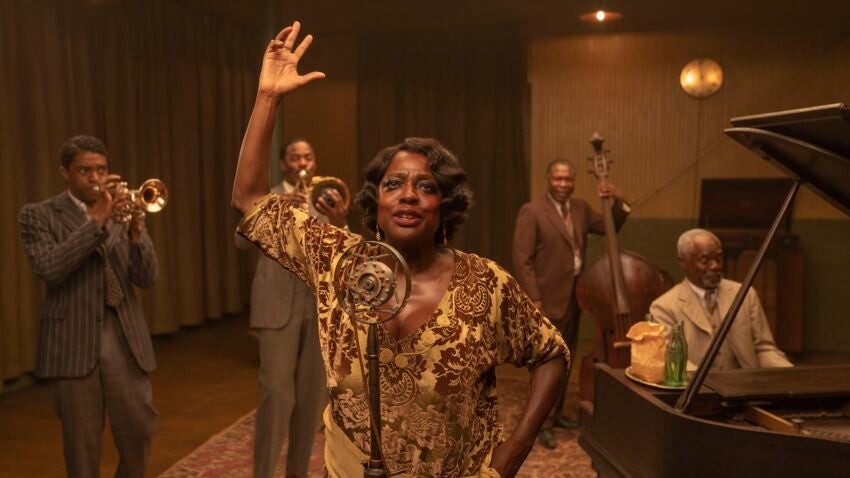 Based on prior wins leading up the Oscars, this is likely a three-woman race between Davis (Screen Actors Guild), McDormand (BAFTA), and Mulligan (Critics Choice, Independent Spirit). Typically, the tiebreaker in situations like this is to look at the Screen Actors Guild, as many of the voters from that awards body make up the acting branch of voters in the Academy. Of that group, McDormand probably gives the best performance for my money, while Davis and Mulligan have done enough awards-worthy work in the past that a make-up win here would be fine.

Missing from the field are Sidney Flanigan in “Never Rarely Sometimes Always” and Julia Garner in “The Assistant,” both of whom gave understated but note-perfect performances in roles that required extraordinary poise. While “Palm Springs” was never likely to be nominated based on how the Academy tends to treat comedies, Cristin Milioti should have been recognized for her role as a woman whose commitment to self-loathing is tested when stuck in a time loop with Andy Samberg. 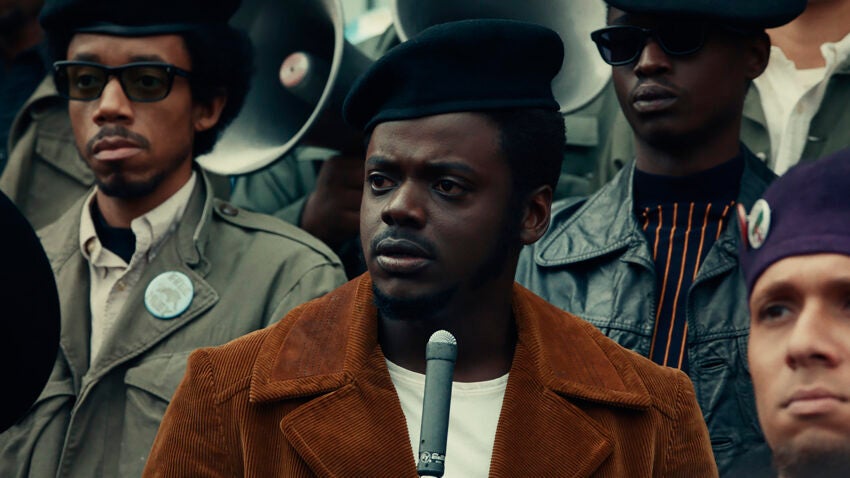 Daniel Kaluuya in “Judas and the Black Messiah.”

As is often the case, the Academy has dealt with two co-lead roles by nominating them both in Best Supporting Actor with Daniel Kaluuya and Lakeith Stanfield in “Judas and the Black Messiah.” Kaluuya seems likely to pull this off based on prior wins this awards season, and it’s hard to argue against the choice. If you’re looking for a sentimental pick, Paul Raci in “Sound of Metal” could sway voters, with the veteran actor finally getting his big role after decades in the business.

Speaking of unrecognized co-leads, Spike Lee’s “Da 5 Bloods” was almost completely shut out of the nominations, with Netflix choosing to focus its awards campaign elsewhere. Delroy Lindo was submitted as a Best Actor, but he might have stood a chance in this category, too, as would have Clarke Peters or Chadwick Boseman, who arguably gives a better performance in “Bloods” than his likely award-winning turn in “Ma Rainey’s”.

Will Win: Daniel Kaluuya (“Judas and the Black Messiah”)

Youn Yuh-jung in a scene from “Minari.”

On a list of the best actors never to receive an Academy Award, Glenn Close would be near the top. But to give a lifetime achievement award of sorts for her hammy, caricatured performance in “Hillbilly Elegy” would be an insult to her decades of quality work. Instead, the Academy should (and likely will) give the award to Youn Yuh-jung, whose turn as a first-generation Korean immigrant grandmother in “Minari” is the emotional core that holds Lee Isaac Chung’s movie together.

With Kaluuya and Stanfield staking out space in the Supporting Actor category, it would have been nice to see Dominique Fishback earn some recognition as well as a fellow activist and partner of Kaluuya’s Black Panther leader Fred Hampton.

Was Snubbed: Dominique Fishback (“Judas and the Black Messiah”)

This has to be Zhao’s award, and it’s hard to argue that she doesn’t deserve it. “Nomadland” is a triumph, and shows the director’s continued growth during her exploration into the frontier spirit of America following 2015’s “Songs My Brothers Taught Me” and 2017’s “The Rider.”

I don’t have a particular problem with any of the nominees in this category, but would have found space in my five for Spike Lee (“Da 5 Bloods”), Kelly Reichardt (“First Cow”), and Regina King (“One Night in Miami”) in favor of Fennell, Fincher, and Vinterberg. 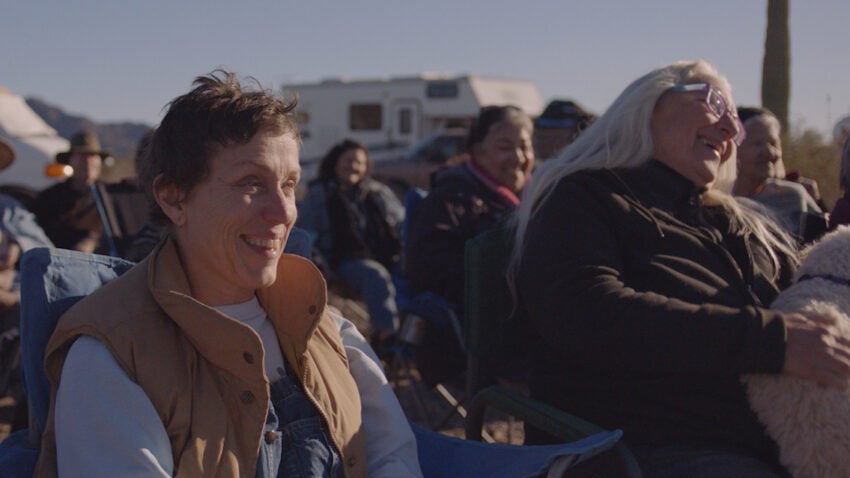 The nominees: “The Father,” “Judas and the Black Messiah,” “Mank,” “Minari,” “Nomadland,” “Promising Young Woman,” “Sound of Metal,” “The Trial of the Chicago 7”

Even in a pandemic year when most people were paying attention to more important things than awards season narratives, “Nomadland” managed to fill the presumed front-runner role, winning heaps of superlatives in 2020. As is often the case these days, “Nomadland” managed to spur the customary backlash all front-runners face, this time from both left-leaning critics who said the film wasn’t sufficiently critical of Amazon and from Zhao’s home country of China, where the film was banned due to her comments being perceived as critical of the country. If awards voters decided to go a different route for whatever reason, the most likely benefactors would be “Minari,” “Promising Young Woman,” and “The Trial of the Chicago 7,” whose conventional retelling of a historic event might be just the sort of familiar Oscar-bait voters jump to.

If I were a betting man, I’d put my money on “Nomadland.” But in a year where no one really knows what’s happening, don’t be shocked if another movie wins the top honor. If it does, I’m hoping for “Minari.”

I’ll also express my disappointment that Steve McQueen’s anthology film series “Small Axe” is being submitted for Emmys consideration instead of the Oscars. The line between television and film gets blurrier by the day, but several of McQueen’s movies, particularly “Lovers Rock” and “Mangrove,” could have landed here. 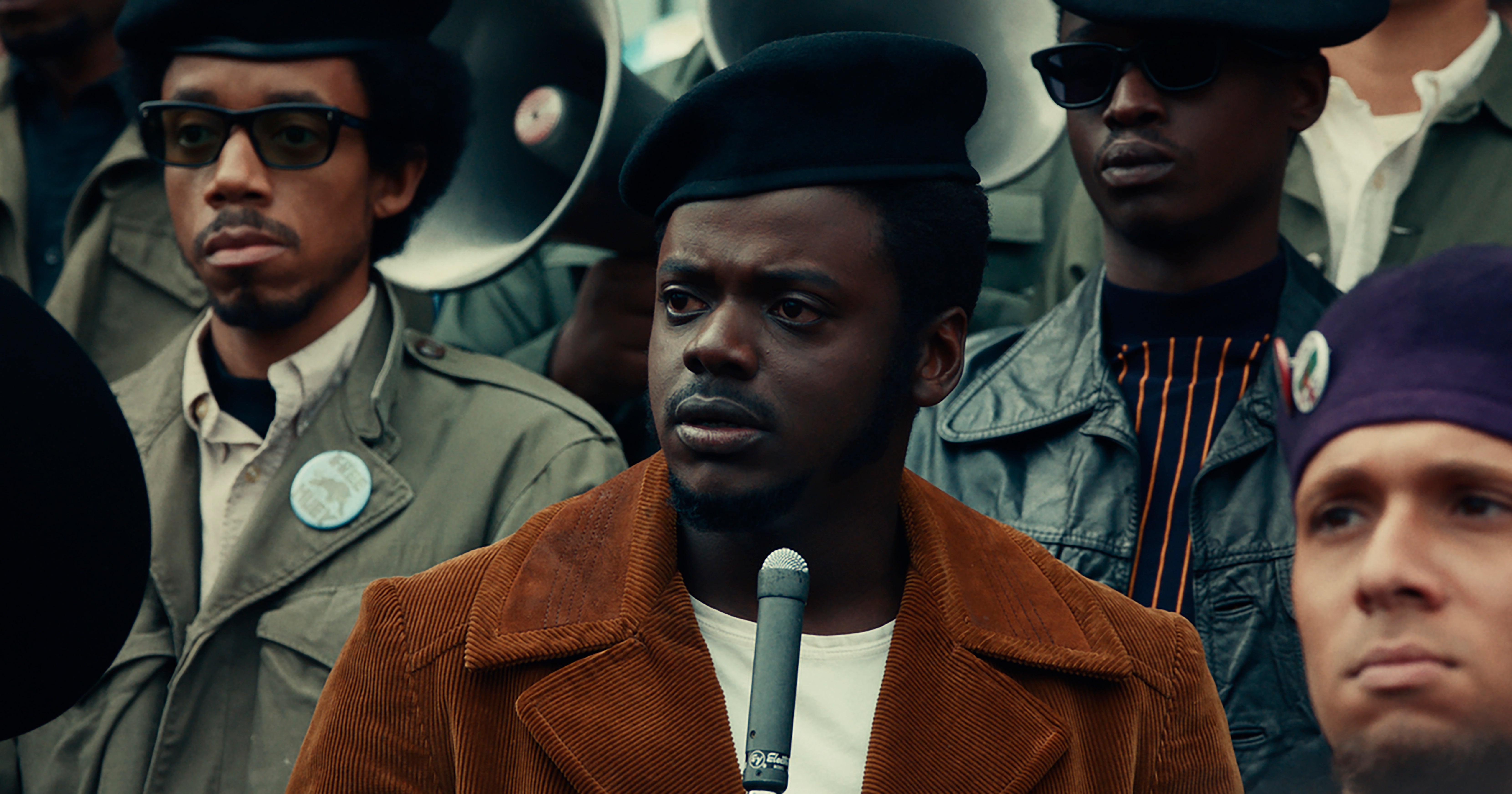