Elon Musk made a personal revelation during his stint as host on “Saturday Night Live.”

The Tesla CEO began his opening monologue by saying that he had Asperger’s syndrome, a condition on the autism spectrum. (While Asperger’s is no longer a separate diagnosis on the Diagnostic and Statistical Manual of Mental Disorders, the term is still in common usage.)

“I’m actually making history tonight as the first person with Asperger’s to host ‘SNL,'” Musk said. “Or at least the first to admit it. So I won’t make a lot of eye contact with the cast tonight. But don’t worry, I’m pretty good at running ‘Human’ in the emulation mode.”

Musk’s statement about being the first person with Asperger’s may not have been entirely accurate, however. Dan Aykroyd, an original “SNL” cast member who also hosted the show in 2003, has been open about his Asperger’s diagnosis for many years during numerous interviews.

Musk poked fun at himself through much of the monologue, acknowledging his perception as an eccentric figure and his tendency to post weird jokes on Twitter.

“Look, I know I sometimes say or post strange things, but that’s just how my brain works,” Musk said. “To anyone I’ve offended, I just want to say: I reinvented electric cars and I’m sending people to Mars on a rocket ship. Did you think I was also gonna be a chill, normal dude?” 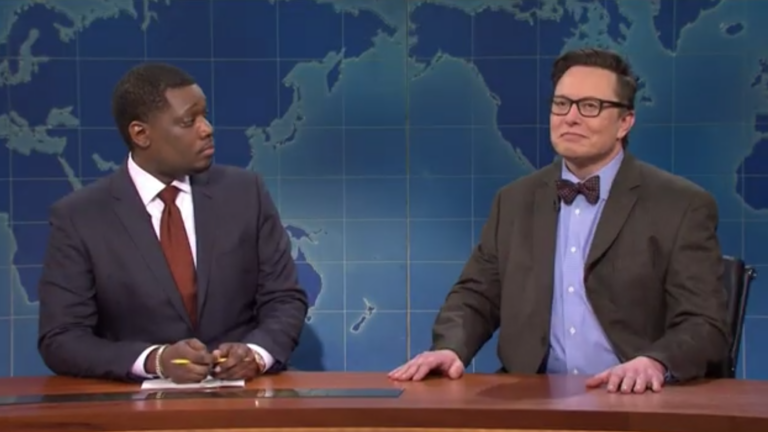