LOS ANGELES (AP) — Mike Richards is out as executive producer of “Jeopardy!”, days after he exited as the quiz show’s newly appointed host because of past misogynistic and other comments.

Richards is also no longer executive producer of “Wheel of Fortune,” according to a memo to staff that was confirmed by Sony, which produces both of the shows.

“We had hoped that when Mike stepped down from the host position at Jeopardy! it would have minimized the disruption and internal difficulties we have all experienced these last few weeks. That clearly has not happened,” Suzanne Prete, an executive with the game shows, said in the memo.

Richards had signed an overall development deal with Sony in 2019, and became executive producer of “Jeopardy!” and “Wheel of Fortune” in May 2020.

He quickly became controversial when he went from behind-the-scenes to Sony’s pick for host of “Jeopardy!” — even before his 2013-14 podcast comments demeaning women and making stereotypical comments about Asian, Jews and others surfaced.

Anointing Richards as successor to the admired Alex Trebek was a questionable choice to some, especially after the studio had conducted a splashy search that included actors, sports figures, journalists — and Richards.

Questions were raised about whether Richards had put his finger on the scale in favor of himself, and whether he had the gravitas that was seen in other candidates, such as fan favorite LeVar Burton. 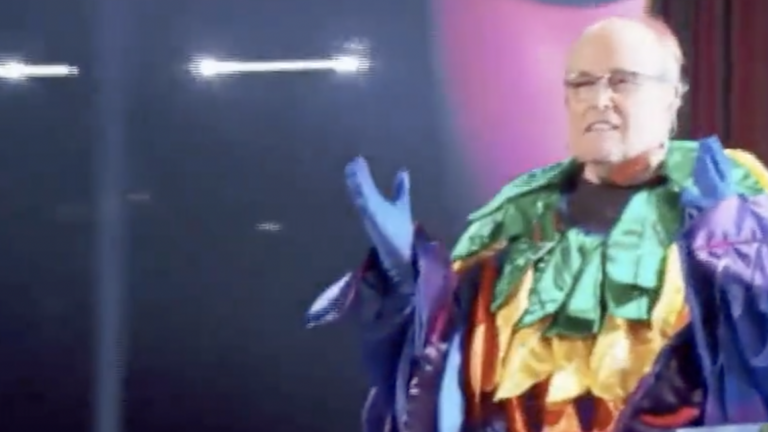 Giuliani unveiled on 'The Masked Singer,' prompting one judge to walk off