It was nearly the turn of the century, and there he was: a 20-something man gallivanting alongside an animated blue dog. Beginning in 1996, Steve Burns taught young viewers about problem solving and friendship as Steve, the inaugural host of Nickelodeon’s “Blue’s Clues.”

It wasn’t just the two of them, of course. Blue and Steve had friends like Shovel and Pail, Mr. Salt and Mrs. Pepper, Slippery Soap and more.

Burns spoke to the camera, addressing the children directly and offering generous pauses for them to respond to his prompts. Though he never met most of them, he made millions of friends all around the world through the TV screen.

Burns had previously appeared in episodes of “Law & Order” and voice-acted on “VeggieTales,” but “Blue’s Clues” was his big break. After about six years of donning his signature green striped shirt and pleated khakis to take a seat in the thinking chair, Steve announced it was time for him to go to college.

The episodes that followed offered yet another lesson for the show’s young viewers: how difficult it is to say goodbye to a friend.

But on Tuesday, just ahead of the show’s 25th anniversary, Nick Jr. posted a video of Burns – green striped shirt and all – to Twitter. He reflected on his time with the show and his sudden exit.

For many ’90s and early 2000s kids, the video of Steve posted to Twitter on Tuesday unleashed a cascade of nostalgia. There he was – a little older, sure – but reassuring as ever. He easily could have hopped back into that classic 2D set, picked up his green crayon and started following Blue’s famed paw prints.

“You remember how when we were younger, we used to run around and hang out with Blue and find clues and talk to Mr. Salt and freak out about the mail and do all the fun stuff?” Burns said in the video. “And then one day, I was like, ‘Oh hey, guess what? Big news, I’m leaving. Here’s my brother Joe, he’s your new best friend,’ and then I got on a bus and I left and we didn’t see each other for like a really long time? Can we just talk about that? Because I realize that was kind of abrupt.”

In the three-episode transition meant to soften the blow of his departure, Steve had introduced his brother Joe, who would take over for him as host.

Steve’s exit was upsetting to many viewers, and some didn’t buy the college explanation. A genre of Steve-departure-related conspiracy theories popped up, positing that he had died in a tragic accident or developed a drug addiction.

And while Burns has done a few interviews over the years to dispel the myths, fans of the show haven’t seen much of him recently.

In Tuesday’s video, which garnered more than 17 million views, Burns, as Steve, reflected on the nearly two decades that have passed since he left the show.

“I mean, we started out with clues, and now, it’s what? Student loans, and jobs and families?” he said. “And some of it has been kind of hard, you know? I know you know.”

On the show, Steve had bid all characters the audience knew and loved farewell as he walked out to a flat, cartoon bus, suitcase in tow, apparently headed toward higher education.

But Burns was not leaving the show to attend college like his character was. Instead, he became involved in music, releasing a few albums, and has taken acting roles.

He has suggested over the years that his departure was fueled by the feeling that he was getting too old for the role.

In a 2011 talk for The Moth, a storytelling nonprofit, Burns discussed the anxiety he felt around whether he was saying the right things to kids. He wondered whether his character would be better suited to a teacher or child-development specialist.

“I didn’t expect any of this,” he said. “I didn’t even know any children when I moved to New York, you know! I’m really worried, like am I the right guy for this job? I took it really seriously.”

Burns, who was nearing 30 when he left the show in 2002, was also aware that his hairline was receding.

“I knew I wasn’t going to be doing children’s television all my life, mostly because I refused to lose my hair on a kid’s TV show,” Burns said in an 2006 interview for a Nick Jr. special.

Regardless of the reason for Steve’s exit from the show, fans were touched to hear from him after so many years apart.

Notwithstanding the blue dog whose paw prints marked clues, the magic of “Blue’s Clues,” to many, was in the connection Steve fostered with the audience. He spoke directly to the viewers, and they trusted him.

Numerous sick children used their Make a Wish ask to meet Steve, Burns said in his set for The Moth.

He described the internal conflict he had in those situations, where he wasn’t sure who he was – Steve Burns or Steve in the green polo shirt who had befriended so many through a TV screen.

In a statement to The Washington Post, Burns said it was “humbling to see such a warm response after 25 years of Blue’s Clues” and commended Josh, host of the show’s reboot “Blue’s Clues & You!” for elevating it.

As he closed the video, Steve had some final words of comfort:

“I guess I just wanted to say that after all these years, I never forgot you. Ever. And I’m super glad we’re still friends.” 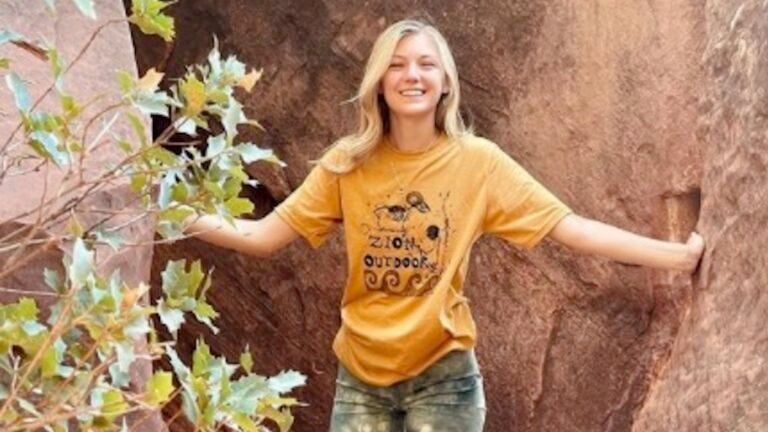 Search on for Gabby Petito, the Florida woman missing from cross-country trip