In his return to late-night television after what he described as “a weird summer,” Jimmy Kimmel stopped laughing when he reflected on a Labor Day weekend in which coronavirus cases were up by about 300 percent compared to the same time last year, when there wasn’t a vaccine.

After noting how Anthony Fauci, the nation’s leading infectious-disease expert, warned that some hospitals might be forced to make “tough choices” on who gets a bed in the intensive care unit, Kimmel quipped Tuesday that the situation was not difficult. The ABC late-night host then turned his attention to unvaccinated people who’ve clamored for ivermectin – a medicine long used to kill parasites in animals and humans that has soared in popularity despite being an unproven covid-19 treatment that health officials have warned against using to prevent or treat the virus.

“That choice doesn’t seem so tough to me,” Kimmel said. “Vaccinated person having a heart attack? Yes, come right in, we’ll take care of you. Unvaccinated guy who gobbled horse goo? Rest in peace, wheezy.”

He added, “We’ve still got a lot of pan-dimwits out there.”

Kimmel’s comments come at a time when the ivermectin craze – fueled by conservative talk show hosts, Republican politicians and even some physicians – has resulted in a spike in weekly prescriptions despite having no proven benefits against the coronavirus. The Centers for Disease Control and Prevention recently reported that prescriptions for the anti-parasitic medication, which is used to treat river blindness and intestinal roundworms in people, jumped from an average of 3,600 weekly prescriptions in the year before the pandemic to more than 88,000 one week last month.

As doctors and public health officials have repeatedly warned against ivermectin as a covid-19 treatment and the misinformation surrounding it, health departments in states such as Mississippi are reporting spikes in ivermectin poisoning as people are snapping up feed store products meant for large animals.

In Arkansas, a jail and its health-care provider are facing criticisms of “medical experimentation” because the jail’s medical staff has treated covid-19 patients with ivermectin despite warnings against such use from the Food and Drug Administration. An Ohio judge this week reversed an earlier legal decision that ordered a hospital to treat a covid-19 patient with ivermectin after the patient’s wife sued, alleging that the facility refused to give her husband the drug despite him having a doctor’s prescription.

Nearly 100,000 people in the country are hospitalized with covid-19, and one in four people hospitalized are in ICU beds, according to data compiled by The Washington Post. Texas and Florida make up more than a quarter of the nation’s covid-19 hospitalizations. Data from the Department of Health and Human Services shows that almost 79 percent of the nation’s ICU beds are occupied – and more than 3 in 10 ICU patients have the virus.

The situation is so dire that Fauci, director of the National Institute of Allergy and Infectious Diseases, recently told CNN that overwhelmed hospitals in some states are on the brink of having to choose who gets treatment.

“We are perilously close in certain areas of the country of getting so close to having full occupancy that you’re going to be in a situation where you’re going to have to make some tough choices,” Fauci said Sunday. When asked by anchor Jim Acosta whether a person’s vaccination status would play a role in those decisions, Fauci said he doubted that that would be a factor but replied, “There’s talk of that.”

Kimmel, who returned to hosting after a summer break, opened the show with a question he didn’t expect to ask: “I leave you people alone for two months, you start taking horse worm medicine?” He skewered the “crazy” people who’ve preferred taking ivermectin over one of the coronavirus vaccines.

The late-night host addressed some of the hesitancy on the part of those who might not be trusting of the pharmaceutical companies that developed the vaccines. Kimmel pointed out how pharmaceutical giant Merck, an ivermectin manufacturer, has also said it did not support the drug’s safety and efficacy as a covid-19 treatment.

“If a pharmaceutical company says, ‘Please don’t take the drug we’re selling,’ you should probably listen to them,” Kimmel said. “Or you could just go with a TikTok posted by a disgraced veterinarian instead.”

He added, “Meanwhile, these poor horses are like, ‘Hey, I have worms – I need that stuff.'”

CBS host Stephen Colbert echoed his late-night colleague’s disdain for ivermectin’s popularity among the unvaccinated. Colbert mused about how the internet had suggestions for how to ingest ivermectin, either mixed in with a jelly or as a sandwich. But like Kimmel, he urged viewers not to take the drug as a covid-19 treatment.

“So you will probably still get covid,” said Colbert, “but on the bright side, you could win the Preakness.” 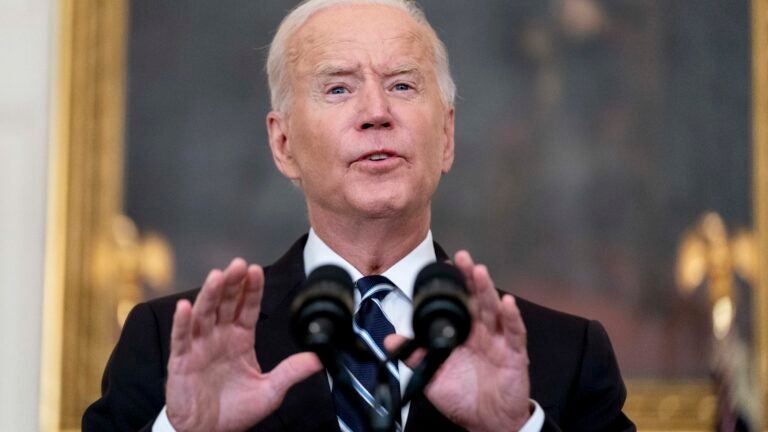