The tension in the studio feels palpable.

For nearly 19 minutes, as John Mulaney opens up to Seth Meyers, the audience doesn’t seem to know when to laugh, or if it’s even OK to. The comedian is telling his friend about his year, one replete with a drug relapse, two stints in rehab, a divorce, a new celebrity relationship and a pregnancy. It’s an extraordinary interview – deeply personal and, at times, deeply uncomfortable – particularly for a performer known for crafting stand-up that’s so meticulous it leaves nothing to chance.

It’s raw, and it’s real. And it might speak to the future of Mulaney.

It begins with Mulaney walking onstage and greeting his close friend Meyers with a bear hug.

“You’ve had a year,” Meyers jokes, as the two settle in their chairs.

“Yeah. I packed a lot into this,” Mulaney says, before launching into a candid recollection of the past several months. “I went to rehab in September. OK? I got out in October. I move out of my home from my ex-wife. I host ‘Saturday Night Live’ on Halloween. I relapse on drugs after the show.”

After joking about how the Halloween show of “SNL” should be “sacrosanct,” Mulaney mentions that after his relapse, “I’m told I took a job here” as a writer on “Late Night.” And then he kept using drugs.

“You and some other friends staged an intervention, as you recall,” Mulaney says.

Mulaney continues ticking off the timeline: “I went to rehab, again, this time for two months. I got out in February. I lived in sober living for another month and a half,” he says, and then segues to the part that will keep tabloids busy for a while: “Then, in the spring, I went to Los Angeles. And met and started to date a wonderful woman named Olivia.”

“Who I know well and is a lovely woman,” Meyers interjects, before the two proceed to tell the story of how Mulaney and Olivia Munn met for the first time in October 2013 at Meyers’s wedding to his wife, Alexi Ashe.

“It’s nice something good came out of the wedding,” Mulaney says, and they agree that’s a joke Ashe will enjoy.

Mulaney continues to detail his relationship with Munn, saying that she got to date him right out of recovery. “Which is what they call a reverse catch,” he says, earning one of the less awkward laughs of the night. “No, but I’m sorry. It is a very, very lucky thing to have met this woman. … I got into this relationship that’s been really beautiful. … It’s been very incredible. And she’s kind of held my hand through that hell. And we’re having a baby together.”

The people in the studio burst into applause. “Congratulations to both of you,” Meyers tells him warmly.

Mulaney confesses his nervousness in sharing the news, which is understandable: Not only is it rare to see a celebrity share something this personal, but he’s well aware that social media users will have a lot to say about this situation. Interest in their relationship has been building since paparazzi captured Mulaney and Munn on a date this past spring, after he split from his ex-wife, artist Anna Marie Tendler, at the end of last year. Last week, Page Six published a brief story that lit up the internet, despite its deceptively normal headline: “Olivia Munn steps out in baggy sweats sans boyfriend John Mulaney.” The coyly written post didn’t include a source to confirm but showcased 10 different photos of the actress, all with varying angles of her sweatshirt pulling against her stomach. It appeared clear: Munn was pregnant.

But while the interview sent shock waves through the internet, it wasn’t particularly out of character for the comedian. He’s discussed his personal life for years – albeit usually in a more comedic fashion.

Mulaney wrote for “Saturday Night Live” from 2008 to 2012 but broke into mainstream consciousness with his 2012 stand-up special “New in Town,” which enjoyed a healthy run on Netflix thanks in part to its relatively tame nature. Mulaney wore a suit, like the comedians of yesteryear, and while he wasn’t quite as family friendly as a Jim Gaffigan, he wasn’t as offensive as a Tom Segura or Bill Burr. Later in his career, he would create a variety show with a gaggle of children, titled “John Mulaney & the Sack Lunch Bunch,” featuring a coterie of guest stars.

Unlike many of his contemporaries, Mulaney generally avoided politics and the controversy accompanying them in his material. But he was more open about his personal life – often in dark ways – than may have been immediately obvious. In “New in Town,” nestled amid jokes about babysitters, “Law & Order: SVU” and getting an accidental prostate exam, he addresses his substance abuse issues.

“I don’t drink. I used to drink, and I drank too much, and I had to stop. That surprises a lot of audiences, because I don’t look like someone who used to do anything,” he says, before telling a story of drinking a bottle of perfume at a party.

The audiences crack up throughout the bit, probably because it feels safe. Mulaney doesn’t share gory details of his addiction, only humorous ones. And, anyway, he’s sober and joking about it. All is well, right?

Over the years, he began opening up more candidly about his addiction and recovery. In 2014, he appeared on “WTF With Marc Maron,” the podcast where celebrities often tell vulnerable personal stories, and discussed how he began drinking around 13 years old and began experimenting with alcohol, marijuana and cocaine in high school. As his addiction grew, he says, he began lying constantly and trying to agitate friends in childish ways, like knocking cups out of their hands.

“I was a pest. I was a nuisance. A little drunk nuisance,” he told Maron. On Sept. 22, 2005, he got sober after imagining himself as a character in a movie and realizing he wouldn’t root for himself.

As he continued opening up about his recovery, he began sharing personal anecdotes about everything from his Catholicism to his romantic life. On “The Pete Holmes Show” in 2013, he told the story of proposing to Tendler, who would go on to play a bigger role in his stand-up.

In his 2018 Netflix special “Kid Gorgeous,” he jokes about asking his wife if he can discuss her onstage. She agrees, so long as he doesn’t call her a bad word and say he doesn’t like her.

As a result, his growing audience felt like they knew him – which might explain why news of him going to rehab last year and the announcement of his divorce lit Twitter aflame with heartbroken missives and angry opinions from his fans.

His fans, who felt like they knew him (even though, of course, they didn’t really), felt betrayed. When he returned from rehab to try out some new raw, personal material at the City Winery in New York in May, notably not wearing a suit, Vulture’s Jesse David Fox noted, “The longest road ahead for Mulaney is not how to talk about his recovery onstage, but who to talk about it as. It is impossible to reconcile this material with Mulaney’s ‘aw shucks’ Jimmy Stewart persona.”

Mulaney’s interview with Meyers may offer some insight into how he’ll discuss his personal life from here on out: with true earnestness alongside the self-aware jokes. But a late-night segment that saw strained laughs fewer and farther between is a large contrast with the uproarious crowds that feature in his stand-up specials.

Some seemed to love the segment, with one user tweeting, “Words can’t describe how happy I am for John Mulaney. He went out of his way to be open and honest about his addiction.” Others seem annoyed on his ex-wife’s behalf: “Going to take a personal day in honor of John Mulaney’s wife,” tweeted Insider reporter Kat Tenbarge.

More, still, found the whole uproar to be vapid, if not absurd. As one user tweeted, “i could sit here and pick apart the odd parasocial relationship the internet had with this man and it taking him relapsing and going thru a divorce for you all to turn on him bc you had this magical fantasy about him was a very weird thing to do.”

The lingering question is whether his rabid fan base – who in turns seem both thrilled at his growth and angry at his past – will follow him on this new path. 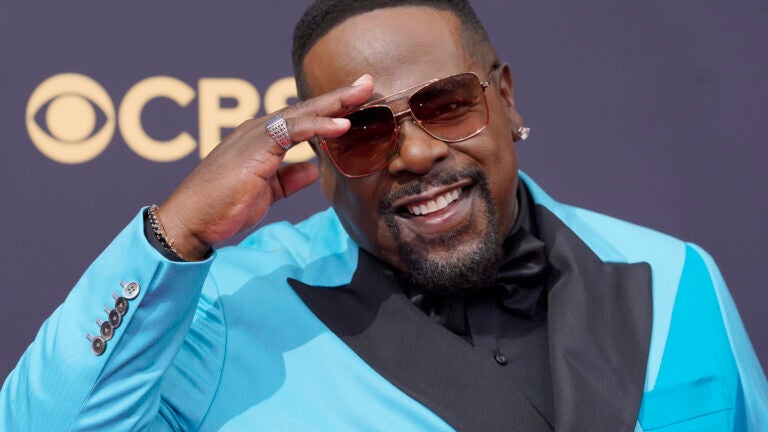