NEW YORK — It was the first Tony Awards in 27 months. It followed the longest Broadway closing in history. It arrived during a pandemic that has already killed 687,000 Americans, and as the theater industry, like many other sectors of society, is wrestling with intensifying demands for racial equity.

The Tony Awards ceremony Sunday night was unlike any that came before — still a mix of prizes and performances, but now with a mission to lure audiences back as the imperiled industry and the enduring art form seek to rebound.

The ceremony’s biggest prize, for best musical, went to “Moulin Rouge! The Musical,” a sumptuously eye-popping stage adaptation of the 2001 Baz Luhrmann film about a love triangle in fin-de-siècle Paris. The musical, jam-packed with present-day pop songs, swept the musical categories, picking up 10 prizes.

“I feel that every show of last season deserves to be thought of as the best musical,” said the “Moulin Rouge!” lead producer, Carmen Pavlovic, “The shows that opened, the shows that closed — not to return — the shows that nearly opened, and of course the shows that paused and are fortunate enough to be reborn.”

The best play award went to “The Inheritance,” a two-part drama, written by Matthew López and inspired by “Howards End,” about two generations of gay men in New York City. The win was an upset; “The Inheritance” had received, at best, mixed reviews in the U.S., and many observers had expected Jeremy O. Harris’ “Slave Play” to pick up the prize. López, whose father is from Puerto Rico, described himself as the first Latino writer to win the best play Tony, which he said was a point of pride but also suggested the industry needs to do better.

“We constitute 19% of the United States population, and we represent about 2% of the playwrights having plays on Broadway in the last decade,” López said. “This must change.”

Right from the start, there were reminders of the extraordinary difficulties theater artists have faced. Danny Burstein, a much-loved Broadway veteran who had a life-threatening bout of COVID-19 and then lost his wife, actress Rebecca Luker, to a neurodegenerative disease, won his first Tony. It was the seventh time he was nominated, for his performance as a cabaret impresario in “Moulin Rouge! The Musical,” a show in which at least 25 company members fell ill.

In his speech Burstein thanked the Broadway community for its support. “You were there for us whether you just sent a note or sent your love, sent your prayers, sent bagels,” he said. “It meant the world to us, and it’s something I’ll never forget. I love being an actor on Broadway.”

The ceremony was held at Broadway’s Winter Garden Theater, which holds 1,500 people, far fewer than the 6,000 who can fit into Radio City Music Hall, where the event was often held in previous years. Attendees were subjected to the same restrictions as patrons at Broadway shows: They were required to demonstrate proof of vaccination, and they were asked to wear masks that cover their mouths and noses.

The bifurcated four-hour show relegated most of the awards to an all-business first half, which was viewable only on the Paramount+ streaming service. That freed up the second half, which was telecast on CBS and hosted by Leslie Odom Jr., to emphasize artistry over awards, as a parade of musical theater stars, including “Wicked” alumnae Kristin Chenoweth and Idina Menzel, as well as “Rent” alumni Adam Pascal and Anthony Rapp and “Ragtime” original cast members Audra McDonald and Brian Stokes Mitchell, sought to remind viewers and potential ticket buyers of the joys of theatergoing.

Early in the streamed portion of the show, the appeal to nostalgia began: Marissa Jaret Winokur and Matthew Morrison opened by leading alumni of the original cast of “Hairspray” in a rendition of that 2002 musical’s ode to irrepressibility, “You Can’t Stop the Beat.” And, just in case anyone missed the message, the awards ceremony’s host for the first half, six-time Tony winner McDonald, spelled it out, saying, “You can’t stop the beat of Broadway, the heart of New York City.”

“We’re a little late, but we are here,” McDonald added. Then she urged the industry to “commit to the change that will bring more awareness, action and accountability to make our theatrical industry more inclusive and equitable for all.”

An early emotional highlight came when Jennifer Holliday, whose performance of “And I Am Telling You I’m Not Going” from “Dreamgirls” at the 1982 Tony Awards has been described as the best Tonys performance of all time, returned to sing the song again. The audience leapt to its feet midway through the song, and stayed there through her final, wrenching, hand-thrust-in-the-air, wail.

The road to this 74th Tony Awards — honoring a set of plays and musicals from the pandemic-truncated 2019-2020 season, which abruptly ended when Broadway was forced to shut down on March 12, 2020 — was long.

Only 18 shows were deemed eligible to compete for awards, which is about half the normal number, and only 15 shows scored nominations.

The nominees, chosen by 41 theater experts who saw every eligible show, were announced last October. Electronic voting, by 778 producers, performers and other industry insiders, took place in March.

The long-delayed ceremony — originally scheduled to take place in June 2020 — was ultimately scheduled to coincide with the reopening of Broadway. Those reopening plans were complicated by the spread of the delta variant, which drove caseloads up over the summer and added new uncertainty to the question of when tourism, which typically accounts for roughly two-thirds of the Broadway audience, will return to prepandemic levels.

But there are already 15 shows running on Broadway — which is home to 41 theaters — and each week more arrive.

Among the shows returning are all three nominees for best musical. “Moulin Rouge!” began performances on Friday; “Tina — The Tina Turner Musical,” a biographical musical about the life and career of Tina Turner, returns Oct. 8; and “Jagged Little Pill,” a contemporary family drama inspired by the Alanis Morissette album, returns Oct. 21.

All three musicals scored some wins.

The star of “Tina,” Adrienne Warren, won for her jaw-dropping performance as the title character. Warren, who is one of the founders of the anti-racism Broadway Advocacy Coalition, is leaving the role at the end of October; she too urged the industry to transform. “The world has been screaming for us to change,” she said.

“Jagged” won for best book, by Diablo Cody, and for best featured actress, Lauren Patten, who electrifies audiences with her showstopping rendition of Morissette’s “You Oughta Know.”

Patten’s performance is the subject of some controversy, because some fans had perceived the character as nonbinary in a pre-Broadway production and were unhappy with how the role evolved; the show’s producers said that the character was “on a gender expansive journey without a known outcome.” In her acceptance speech, Patten thanked “my trans and nonbinary friends and colleagues who have engaged with me in difficult conversations and joined me in dialogue about my character.”

Among the multiple awards won by “Moulin Rouge” were a first Tony for the director, Alex Timbers, and a record-breaking eighth for the costume designer, Catherine Zuber. The show’s leading man, Aaron Tveit won for the first time, in an unusual way — he was the only nominee in his category, but needed support from 60% of those who cast ballots in the category to win, which he got. He teared up as he thanked the nominators and the voters.

None of the nominees for best musical had an original score, so for the first time that award went to a play — Jack Thorne’s new adaptation of “A Christmas Carol,” which featured music composed by Christopher Nightingale. That sparkly production, from the Old Vic in London, also won for scenic design, costume design, lighting design and sound design.

There was no best musical revival category this year, because the only one that opened before the pandemic, “West Side Story,” also was not seen by enough voters. It also wasn’t seen by many theatergoers: Its producers have decided not to reopen it.

A production of “A Soldier’s Play,” directed by Kenny Leon and produced by the nonprofit Roundabout Theater Company, won the Tony for best play revival. The play, a 1981 drama by Charles Fuller, is about the murder of a Black sergeant in the U.S. Army; it won the Pulitzer Prize when it was first published and was later adapted into a Hollywood film, but it didn’t make it to Broadway until 2020.

The production starred Blair Underwood and David Alan Grier. Grier picked up the first award of the night, for best featured actor in a play.

Leon gave a fiery acceptance speech, repeating the names Breonna Taylor and George Floyd — both of whom were killed by police last year — as he began, saying “We will never ever forget you.” And then, he exhorted the audience, “Let’s do better.”

“No diss to Shakespeare, no diss to Ibsen, to Chekhov, to Shaw; they’re all at the table,” he said. “But the table’s got to be bigger.”

The outcome in the best play category was startling enough that gasps could be heard in the theater when the winner was announced. “Slave Play,” with 12 nominations, had been the most nominated play in history, and a win would have made it the first play by a Black writer to claim the Tony since 1987, but the play won no prizes. “The Inheritance,” which had been hailed in London but then greeted tepidly in New York, won four, including for Stephen Daldry as director, Andrew Burnap as an actor, and for 90-year-old Lois Smith as a featured actress. Smith is now the oldest person ever to win a Tony Award for acting, a record previously held by Cicely Tyson, who won at 88.

The best leading actress in a play award went to Mary-Louise Parker for her spellbinding performance as a writing professor with cancer in Adam Rapp’s “The Sound Inside.” 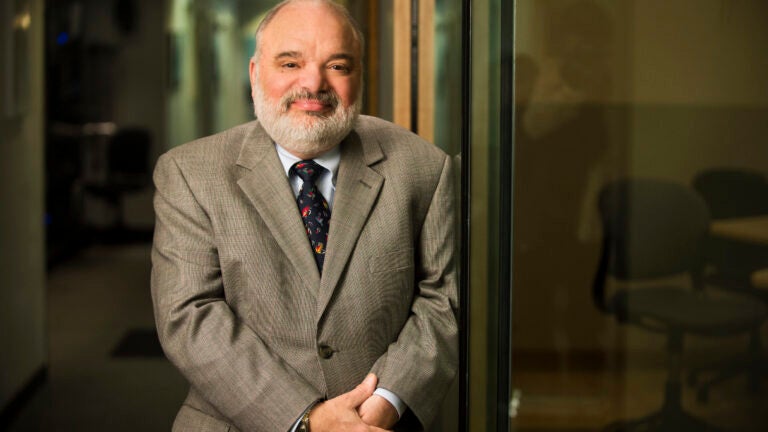