TOPSFIELD — After a year’s hiatus, the Topsfield Fair returned Friday with its usual mix of vendors, food, rides, and entertainment.

The more than 200-year-old fair runs through Oct. 11 and will include its most popular attractions, such as carnival rides and games on the Midway (including a second Ferris wheel this year),  the Giant Pumpkin weigh-off and agricultural exhibits, animals (and the racing pigs), live entertainment, and arena events.

But the beloved agricultural fair will have some differences this year as a result of the ongoing pandemic.

One of those changes will be obvious.

Attendees will need to wear a face covering inside all buildings on the fairgrounds under a mandate by the town Board of Health.

“Our goal is to always provide a safe and enjoyable atmosphere at the Topsfield Fair,” said James O’Brien, the general manager of the fair. “We will inform people about this mandate on our website as well as signs posted outside and inside the fairgrounds. In addition to requiring masks inside the buildings, we encourage fairgoers to use the hundreds of handwashing and hand-sanitizing stations throughout the fairgrounds and ask anyone that is not feeling well to stay home.”

The fair hours have also changed slightly for Opening Day and weekend nights, which spokesman Dave Thomson attributes, in part, to finding workers, an issue plaguing every sector of business.

“It is primarily due to staffing shortages and also putting less stress on all of the volunteers,” he said. More than 700 volunteers give their time to help make the fair a success.

There will still be more than 150 vendors set up around the fairgrounds, though.

And there will be a plentiful, eclectic mix of foods.

“There’s fried everything,” Thompson confirmed with a laugh.

Organizers are reminding the public that there is also an additional parking lot down the road from the fairgrounds if needed. A shuttle bus runs from that lot to the fairgrounds on a regular schedule.

The entertainment lineup this year includes something for all ages, Thomson said.

Marshall just competed on  “The Voice” and Jamieson appeared on “American Idol.”

The two men both grew up in Boxford, a small community close to Topsfield, and went on to achieve similar success, said Thomson.

Monday, Oct. 4 is Senior Citizen Day with discounted rates for those over age 60. Also from 11 a.m. to 5 p.m. on Oct. 4, the lights and sounds of the fair will be lowered for those with sensory issues to be able to comfortably and safely attend.

Tuesday, Oct. 5, is Military Day, when all active military members and their immediate families can attend free of charge.

Based on presales, organizers expect to see a strong turnout as the fair returns.

“The numbers are really strong,” Thomson said. “We are predicting large crowds.”

And the weather forecast looks good too, he added. 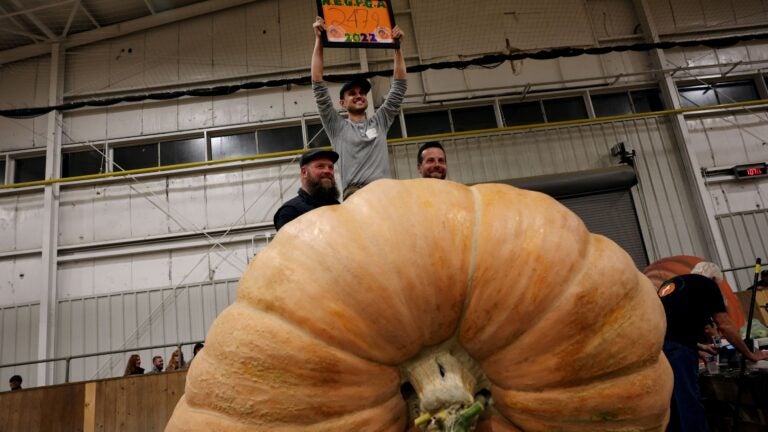