“Sopranos” fans were excited to see a reprisal of two of the HBO mob series’ characters Sunday night during Super Bowl LVI.

The commercial features the theme song for the show, “Woke Up This Morning,” by Alabama 3, and mimics that opening credits of the show which show Tony Soprano, who was portrayed by James Gandolfini, driving from Manhattan to New Jersey in his 1999 Chevy Suburban.

According to The Hollywood Reporter, “Sopranos” creator David Chase and HBO series cinematographer Phil Abraham worked on the Chevrolet spot.

In an interview with the entertainment magazine, Sigler said doing the commercial with all Iler and Chase “gave her chills.”

“‘Sopranos’ has been this unique experience where every time we think it’s going to be the last time we’re doing something, there is always something else that comes,” Sigler said. “When I got the call about this commercial, the whole concept made such perfect sense: it’s Chevrolet coming out with this all-new Silverado EV. It’s about a new generation, which Meadow and A.J. represent.”

Sigler told PEOPLE magazine that she and Iler are still very good friends after spending 10 years filming together.

She also said acting in a scene filling Tony Soprano’s shoes, she couldn’t help but think of Gandolfini, who died in 2013 from a heart attack.

“His presence was very much felt throughout it all, of course, because anything we ever do having to do with Sopranos, he is there,” she said. 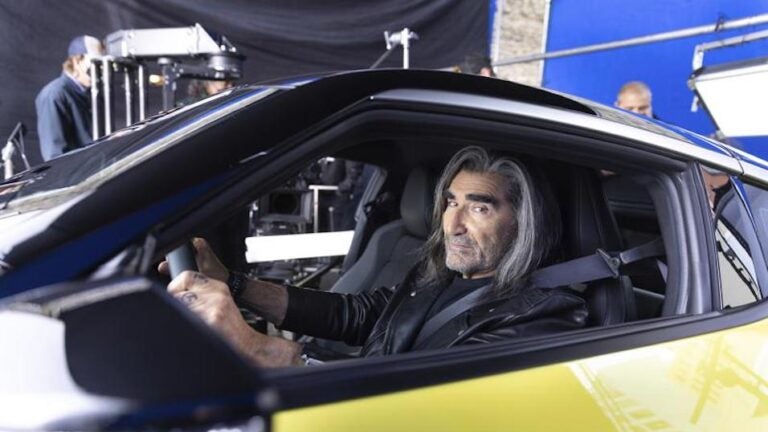