Malden is ranked fifth in the nation for Wordle, according to a study of 200,000 Tweets worldwide.

Malden residents were confused as to how they ended up ranked above Massachusetts cities such as Boston or Cambridge, according to reporting by WBZ. But, some guessed the presence of Massachusetts Department of Elementary & Secondary Education in town could contribute to their ranking, the station reported.

Despite their 5th national ranking, Malden isn’t done working on their Wordle prowess. One Twitter user posted their two-guess score Sunday alongside the words, “Tryna get Malden to #1”

Massachusetts came in third in a raking of smartest states, according to career research website Zippia. However, smarts don’t seem to be a transferable skill to Wordle, as Massachusetts fell .26 guesses behind the number one state of North Dakota with an average of 3.65 guesses.

This jump in participation is in part credited to the addition of an option to share results on Twitter in the form of those green, yellow, and gray squares.

The feature was inspired by one New Zealand Wordle fan by the name of Elizabeth S. who typed out the first visual interpretation of World scores on Twitter, according to reporting by Slate.

The game entails 6 guesses of 5 letter words, each letter inside a square box, and for each guess the user receives a green, yellow, or gray fill behind the letter. A gray square represents a letter that is not in the winning word, yellow is for in the word but located in the wrong spot, and green is for the right letter in just the right spot.

Since The New York Times bought Wordle at the end of January, Twitter users have complained about the sudden change in difficulty.

Some highlights including “knoll” and “rupee” even became meme-worthy.

Will Malden be able continue its rank if the likes of “caulk” and “vivid” keep making an appearance on the daily word game? Only time will tell. 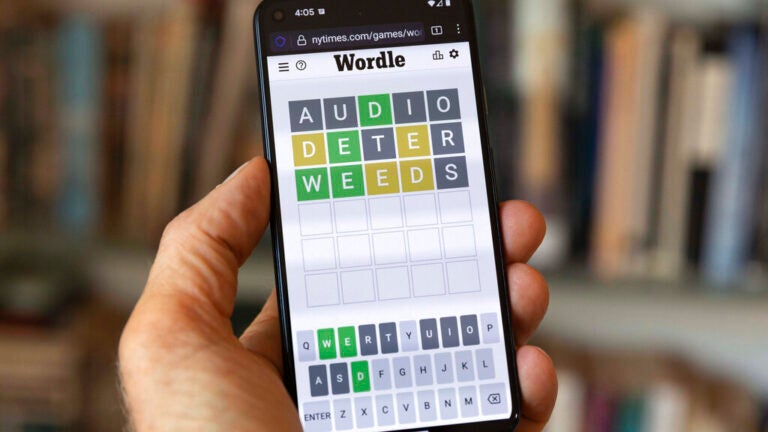