Which movie will win Best Picture at the 2022 Oscars? Your guess is as good as mine.

This year’s awards, which will be held at 8 p.m. ET, Sunday, March 27, feature plenty of slam dunk certainties, but the Best Picture race is shaping up to be one of the most difficult to predict in recent memory.

Until last weekend’s Producers Guild Awards, “The Power of the Dog” looked to be comfortably in the lead, winning top honors from the Golden Globes, BAFTAs, and the DGAs. But of all the voting bodies, the PGA has been best at picking Best Picture over the last 10 years, and it went with “CODA.”

Prior to the Oscar nominees being announced, “CODA” had the fifth-best odds of a Best Picture win. But in the last few weeks, the family drama filmed in Massachusetts has become the little indie that could.

Many awards prognosticators are now convinced that Cambridge native Sian Heder’s feel-good film has a good shot at upsetting the frigid “Power of the Dog,” reasoning that voters will emphasize the positive during yet another year where moments of joy and triumph have been tough to come by.

To help you make sense of this year’s Academy Awards — as well as give you some of my personal picks as Boston.com’s chief movie scribe — here are my 2022 Oscars predictions in the biggest categories, as well as guesses from more than 1,500 Boston.com readers on which movies will win big on Sunday.

The nominees: Javier Bardem (“Being the Ricardos”), Benedict Cumberbatch (“The Power of the Dog”), Andrew Garfield (“Tick, Tick … Boom!”), Will Smith (“King Richard”), Denzel Washington (“The Tragedy of Macbeth”)

I’m not usually one for career achievement wins, but I’ll make an exception here. It’s mind-boggling that Will Smith has never won an Oscar, and he is the best part of “King Richard.” That said, I wish the Academy could have found space for Oscar Isaac, who channels a 1970s Al Pacino in Paul Schrader’s “The Card Counter.”

Will Win: Will Smith (“King Richard”)

According to Oscar prognosticators Walt Hickey and Michael Domanico, the BAFTAs have been far and away the best predictor of the Best Actress award. Unfortunately, the BAFTAs nominated a completely different field of five actresses this year, meaning there is less data to go on for this category. The best bet is Jessica Chastain’s performance in “The Eyes of Tammy Faye,” which has earned a SAG and Critics Choice statue this awards season.

I prefer both Olivia Colman in “The Lost Daughter” and Kristen Stewart’s eye-catching turn as Princess Diana in Pablo Larraín’s “Spencer,” but the smart money is on Chastain here.

As for snubs, the little-seen “The Worst Person in the World” features probably the best performance of the year from Renate Reinsve. Go see it if you haven’t already.

Will Win: Jessica Chastain (“The Eyes of Tammy Faye”)

Was Snubbed: Renate Reinsve, “The Worst Person in the World.”

“Jessica Chastain deserves that Oscar! She was incredible as Tammy Faye Baker,” wrote one reader. “If that kind of acting does not win her an Oscar, then they are useless!”

In 1987, Marlee Matlin became (at the time) the youngest Best Actress winner in Academy history for “Children of a Lesser God,” as well as the first deaf performer to win an Oscar. It’s fitting that 35 years later, Matlin’s “CODA” co-star Troy Kotsur looks set to become the second deaf performer to take home an Oscar statuette.

Playing a Gloucester fisherman whose daughter (Emilia Jones) is a burgeoning singer, Kotsur is a sentimental favorite, and with BAFTA and SAG wins to his name, the Oscar is his to lose.

Ben Affleck, meanwhile, got a Golden Globe nomination for “The Tender Bar” but missed out on an Oscar nod. Perhaps it’s for the best, as his debauched, scene-stealing performance in “The Last Duel” was his superior work in 2021, in my opinion.

“Troy Kotsur in ‘CODA’ gave one of the most memorable performances I’ve ever seen,” wrote Boston.com reader Anabel. “He deserves an Oscar, and ‘CODA’ should win Best Picture. The ensemble is perfect; never did I doubt this was a real family.”

With Arianna DeBose sweeping the Oscar precursors (SAGs, BAFTAs, Critics Choice, and Golden Globes), her win is almost a foregone conclusion. Her performance as Anita is one of the best parts of Steven Spielberg’s brilliant “West Side Story” remake. But my vote (if I had one) goes to the consistently excellent Kirsten Dunst in “The Power of the Dog,” who holds her own in a film filled with powerhouse performances.

We can argue as to whether Ruth Negga’s stunning performance in “Passing” was a true Supporting Actress role or a co-lead performance alongside Tessa Thompson. What can’t be argued is that she deserved a nomination.

Should Win: Kirsten Dunst (“The Power of the Dog”)

“Of every role this year, I feel Ariana DeBose did the highest quality (let alone, as a “triple threat”),” wrote Boston.com reader Mark. “She was truly exceptional — a lasting performance, for the ages.”

Jane Campion seems destined to become only the third woman ever to win a Best Director Oscar, following Kathryn Bigelow (“The Hurt Locker”) and Chloe Zhao, who won last year for “Nomadland.”

The award will be a well-deserved one, though Campion landed in a bit of hot water recently for comments she made about Venus and Serena Williams while accepting her Critics Choice award, saying the sisters “don’t play against the guys, like I have to.” She quickly apologized, but will even the whiff of controversy damage her Oscar chances? (Probably not.)

One director that should have been recognized in this category? Wes Anderson, who has been so consistently extraordinary during his three-decade career that voters seem to regard every visual confection he conjures as expected. “The French Dispatch” is one of his best, and true to form, looks, sounds, and feels like no other movie from 2021.

Will Win: Jane Campion (“The Power of the Dog”)

“‘The Power of the Dog’ is wonderful,” wrote reader Megan R. “I have not been so excited about a film or a nomination since ‘Moonlight’ in 2016!”

Before diving into the category, I’d like to stump for “The Lost Daughter,” a brilliant film that earned nods for Olivia Colman and Jessie Buckley but certainly deserved a Best Picture nomination as well.

As detailed in the intro, Best Picture is now likely a two-horse race between “CODA” and “The Power of the Dog.” Back in 2020, I agonized between two Best Picture front-runners, ultimately picking “Parasite” over “1917.”

Even though “1917” had the Best Picture pedigree, there was something irresistible about “Parasite,” a darkly comic portrait of social stratification and class warfare in South Korea. Plus, “Parasite” was my favorite movie of the year, and I wanted to send it some positive vibes.

This year, the script is flipped slightly. For months now, “The Power of the Dog” has been the odds-on favorite, as well as one of my top movies of the year. But I can’t shake the feeling that the triumphant, uplifting “CODA” will cast a wider net than “Dog.”

Should Win: “The Power of the Dog”

Was Snubbed: “The Lost Daughter”

“‘The Power of the Dog’ is the best of the bunch,” wrote one reader. “Intelligent, mysterious, and full of substance.” 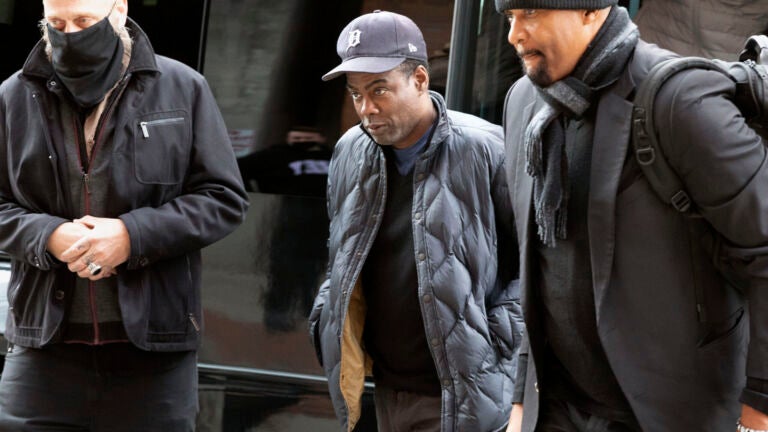