Kiss 108 host Matt Siegel, who has been absent without explanation from the radio station’s long-running “Matty in the Morning” show since mid-April, is set to make an announcement on the show Tuesday morning.

Both Siegel and co-host Lisa Donovan have been AWOL from the popular morning program in recent days. The pair’s last appearance was April 19.

On the May 2 edition of “Matty in the Morning,” longtime co-host Billy Costa stated that Siegel, who has hosted his eponymous show since 1981, would make an announcement on the show at around 8 a.m.

“Matt will have an announcement tomorrow morning just after 8 o’clock,” Costa said. “Lisa’s not in. She’s still dealing with the family matter at home.”

In a text to a Boston.com reporter, Siegel confirmed the impending announcement, writing, “8 a.m. tomorrow, Kiss 108.”

In the absence of Siegel and Donovan, “Matty in the Morning” has soldiered on with its remaining three personalities: Costa, Justin Aguirre, and Winnie Akoury.

“We really don’t know what’s going on and can’t talk about it,” Aguirre said on the show’s “After Show” podcast on April 27.

Akoury, meanwhile, said that Siegel and Donovan were both healthy, and that the remaining “Matty in the Morning” hosts weren’t “trying to keep anything” from listeners.

“Whatever’s going on has nothing to do with the three of us,” Akoury said. “We don’t even know what’s going on. We just know that we’re here to do our job.”

The last 12 months have been rocky for Siegel and his show. On May 19, 2021, Siegel walked off the show and threatened to quit after claiming station management told him to tone down his commentary on pop star Demi Lovato, who came out as non-binary.

“We were having fun with it, and my boss called up and said that I’d crossed the line and they didn’t want me talking about it anymore,” Siegel told Boston.com at the time. “I responded by saying, ‘If I can’t talk about what I’m thinking at this point in my career, I don’t want to be on the radio anymore.’”

Despite Siegel’s proclamations, he returned to the show the next day, saying that station management asked him not to quit and that he was told he had “full support” and the “freedom to say what I want.”

Later in the May 20 episode, Siegel angrily upbraided co-host Rebekah “Bex” Maroun for not posting audio from the offending May 19 episode on the Kiss 108 website.

“Don’t you ever do that — you work for me,” Siegel told Maroun before insisting that she turn off her mic.

After the incident, Maroun made a handful of appearances on air before announcing her departure less than a month later.

Donovan and representatives for Kiss 108 did not respond to requests for comment. 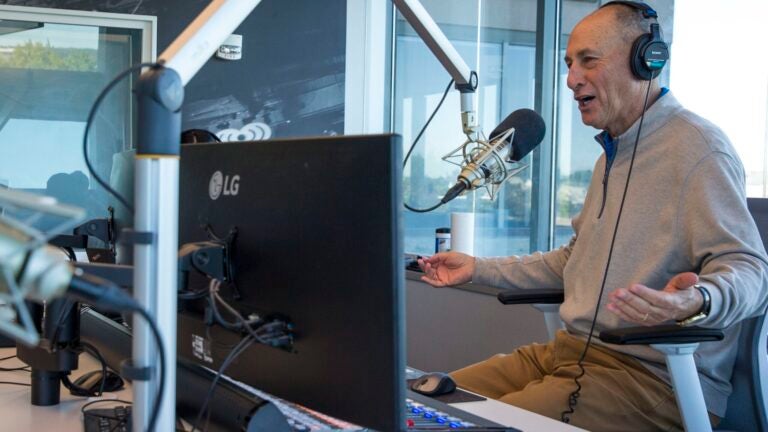 'Matty in the Morning' host Matt Siegel retires after 41 years