Talk about a side hustle! A WBUR anchor is making his mark in the wild world of circus performance.

Jack Lepiarz, also known as Jack the Whipper, stunned audiences and judges with impressive whip-cracking skills on “America’s Got Talent” Tuesday night. The audience looked on in amazement as Lepiarz deftly snapped a thin wooden target from between judge Simon Cowell’s knees.

“I nearly had my what’s-its whipped off, and they were in hysterical laughter,” Cowell joked to The Sun.

But how does a local radio host end up cracking whips on primetime TV? It starts in a circus tent.

“I grew up in the circus,” Lepiarz, 34, told NBC Boston. “My dad was a performer in the Big Apple circus when I was born.”

Lepiarz spent his childhood and teens in the world of performance, splitting time between school and traveling with the circus where his father performed as a clown. The duo also performed at renaissance fairs across Massachusetts. But in his teenage years, Lepiarz almost left the business behind.

“I was six years old and performing with my dad at King Richard’s Faire, which is up in Massachusetts,” Lepiarz said to WRKF Baton Rouge. “I was working at an ice cream shop making, I think it was $6.25 an hour, and my dad called me and said, ‘I need some help with the show. I’ll pay you $50 an hour.’ And I said, ‘Whoa! I’m in the wrong business.'”

Lepiarz found himself at Emerson College, graduating with a degree in broadcast journalism in 2010. He began his work at WBUR the same year and has worked as a production assistant, a general assignment reporter, and currently, a midday radio anchor. During his AGT audition, he told judge Sofia Vergara that WBUR is “very well aware” of his second job.

Lepiarz balances his career with his love for whip tricks and has set 4 Guinness World Records with the instrument. In 2020, he set the record for “Most Bullwhip Cracks in One Minute,” with 298 cracks.

Lepiarz found unexpected success on the video-sharing platform TikTok when a fan shared a clip of his performance at King Richard’s Renaissance Faire in Carver. The 2021 video, which depicts Lepiarz brandishing a flaming whip, has nearly two million views.

“It did really well really quickly,” Lepiarz said to Input Magazine, explaining that the video’s success inspired him to make his own TikTok account, @jacqueszewhipper. Today the account has two million followers and over 41 million likes.

Lepiarz told Input Magazine that he hopes his platform on TikTok will inspire the next generation of circus performers.

“Young people reach out to me to ask how to get into the circus without a circus background. I always write back a fairly lengthy response,” he said.

It was this very TikTok fame that led Lepiarz to “America’s Got Talent.” His viral videos caught the eye of the show’s producers who invited him to audition.

“Around January, America’s Got Talent reached out to me and said ‘Hey, we’re interested in having you come on, because you seem like you’re different,” Lepiarz said to NBC Boston.

In anticipation of the show, Lepiarz formulated an entirely new act.

“The big trick that I did on stage — I have never done that before a live audience or before any kind of audience. [It was] the first time I ever [did it] on stage and I was very nervous,” Lepiarz said.

Lepiarz passed the first round of auditions, charming even an unimpressed Cowell with his whip skills.

“For the record, @SimonCowell still terrifies me,” Lepiarz tweeted after his audition aired.

As viewers await Lepiarz’s next performance on the show, episodes of “America’s Got Talent” air Tuesdays, 8/7c on NBC. 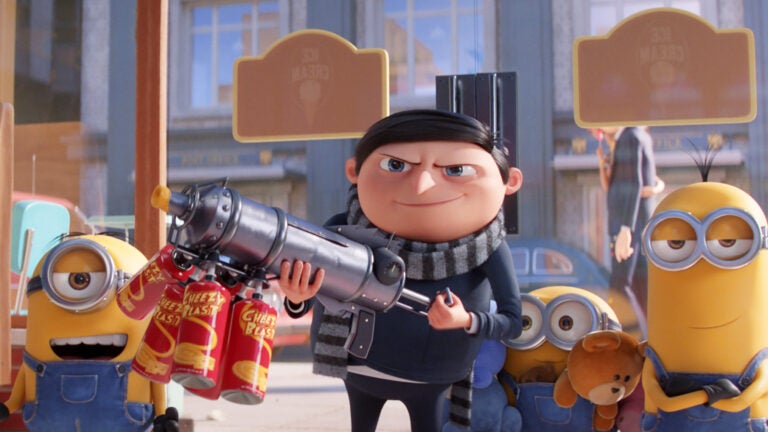