Vermont Sen. Patrick Leahy has appeared in five Batman films since the 1990s, most famously in Christopher Nolan’s “The Dark Knight” in 2008 alongside Heath Ledger as the Joker.

But in a new interview on CNN, Vermont’s longest-serving senator said he didn’t have to act for that role — his reaction in the film is genuine, as he was very frightened by Ledger’s iconic performance.

In the scene, Leahy plays a Wayne Enterprises board member who is attacked by the Joker during a party. Ledger not only threatens him, but also puts a knife to his mouth.

“The director said ‘Act frightened,'” Leahy told CNN’s John Berman during an interview on “New Day.” “I said ‘Act? He’s scaring the heck out of me!'”

Leahy also highlighted his work with DC Comics, including writing a Batman issue that put a spotlight on the dangers of landmines in 1996, as well as the time he wrote the foreword to the 80th anniversary Batman coffee-table book, which was published in 2019.

Leahy said he donates all the proceeds from the books to the Kellogg-Hubbard Library in Montpelier, as that is where he got his first library card at four years old.

“I gotta tell ya — it’s a lot more fun than a late night session in the Senate,” he said.

Leahy was noticeably absent from 2022’s “The Batman,” but in 2020, he told the Burlington Free Press that he was preoccupied with responding to the COVID-19 pandemic and that he’d be happy to appear in another Batman film in the future. 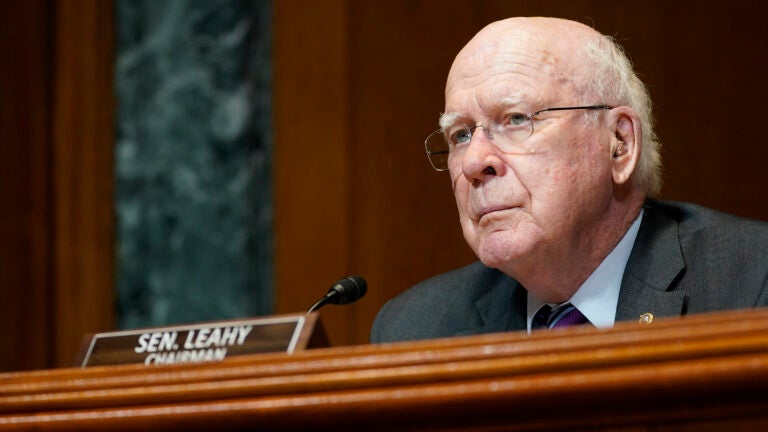