The James Bond franchise turned 60 last week with no heir for the iconic character.

James Bond producers Barbara Broccoli and Michael Wilson have said it will be years before someone is cast to pick up the British spy series where Daniel Craig left off in 2021’s “No Time to Die,” the 25th movie in the series.

Even so, betting outlets are already making predictions on which actor or actress will be next to lead the franchise. Over a dozen stars’ names have been tossed around, from Marvel Spider-Man’s Tom Holland to pop star Harry Styles.

But Boston.com wanted to know who our readers would like to see inherit the role.

Here’s what you said:

The most popular pick for the next James Bond among Boston.com readers was Netflix’s “The Witcher” star Henry Cavill, with nearly 23% of the vote.

With his good looks, muscular frame, and experience in both dramatic and action roles, Cavill is an easy pick for the role. He’s also 39, which is about the same age Craig was when he took on the role.

Still, Broccoli and Wilson have said the series is a commitment of a decade or longer. Given that Cavill has already starred in a big movie franchise, it’s unclear whether he’ll want to sign up for another.

The runner-up for Boston.com readers was “Luther” star Idris Elba, with about 15% of the vote.

Elba’s name has been thrown around as a successor to Craig for the part of Bond for years, with many hoping he would be the first Black James Bond.

But, at 50 years old, he’s at least a decade older than the typical Bond recruit, and Elba himself has said he’s not interested in the role despite Broccoli and Wilson saying they’d love for him to play the role.

Additionally, as British-born American writer and comedian Demi Adejuyigbe has pointed out, there are plenty of other talented Black British actors for Broccoli and Wilson to choose from.

After Elba, Boston.com readers said “Mad Max Fury Road” actor Tom Hardy was their next pick with about 12% of the vote.

Like Cavill, Hardy has both muscles and solid dramatic and action movie credentials. But also like Cavill, he’s been signed to a major franchise.

Hardy is also 45, which is the same age Roger Moore was when he began starring in the role. Moore is, so far, the oldest actor to begin playing James Bond, but some of the potential picks could break his record.

The top three Boston.com new James Bond actor picks took up nearly 50% of the vote between them.

All other actors garnered less than 5% of the vote.

Here are the full results: 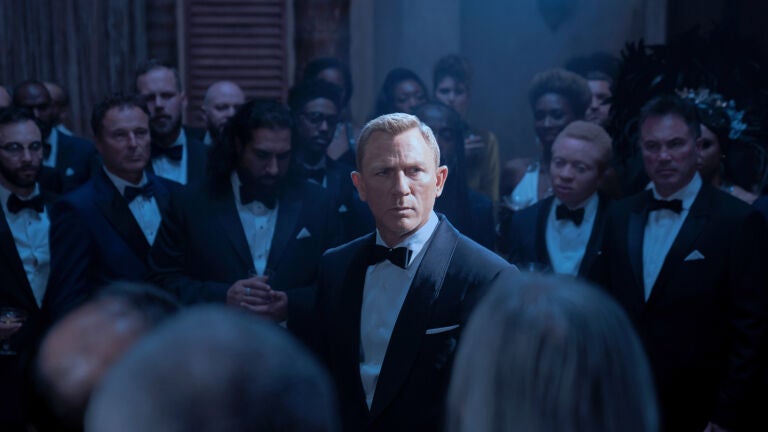 Here’s who is most likely to be the next James Bond, according to betting outlets