From the very first shot of “Black Panther: Wakanda Forever,” the memory of Chadwick Boseman looms large. The actor, best known for playing King T’Challa in 2018’s “Black Panther,” passed away in 2020 at the age of 43 from colon cancer, a diagnosis he had revealed to very few people before his death.

In “Black Panther: Wakanda Forever,” which hits theaters Friday, the nation of Wakanda mourns its King T’Challa as well. Director Ryan Coogler begins the film with a beautifully shot funeral and processional sequence, at once grand in its scale and intimate in its close-up moments with King T’Challa’s on-screen family. It’s impossible in that moment not to think about the real-life impact Boseman had on his fellow cast members and the world at large, and gives the scene even greater emotional heft.

But much like real life, the world moves on after King T’Challa’s death, even when those who loved him most aren’t ready to let go quite yet. “Black Panther: Wakanda Forever” is a powerful treatise on grieving, and how that process can seep into every thought and action, even subconsciously.

The death of King T’Challa leaves a power vacuum in Wakanda, one that global powers quickly seek to exploit. At the conclusion of “Black Panther,” T’Challa made the choice to reveal Wakanda’s technological advancements to the world for the first time, and the primary response is a predictable mix of fear and avarice. Acting leader Queen Ramonda (Angela Bassett, “9-1-1”) is hauled in front of a committee to answer questions from a U.S. diplomat (a note-perfect Richard Schiff, of “The West Wing” fame) about vibranium, the rare ore that powers Wakanda’s world. Meanwhile, mercenaries hired by France attempt to invade Wakanda’s workshops and a U.S. deep-sea drilling operation secretly scours the ocean depths for vibranium outside of Wakanda’s borders.

With the U.S. on the verge of securing its own vibranium source, they are stopped by a mysterious underwater adversary. As it turns out, there is another nation of people hidden from the world who possess the power of vibranium: The undersea colony of Talokan, led by the charismatic Namor (Tenoch Huerta Mejía, “Narcos: Mexico”). With the rest of the world closing in, Namor reaches out to Queen Ramonda and Princess Shuri (Letitia Wright, “Death on the Nile”) with an offer to join forces, though the two nations have differing ideas on how to deal with the rest of the world.

As Wakanda faces the greatest existential crisis in its history, the women who help to lead it are all still processing the death of King T’Challa in their own highly relatable ways. Ramonda, who has now lost both her husband and son, turns to faith. Tech-savvy scientist Shuri, meanwhile, buries herself in her work, furious that the gods gave her the intellect to attempt to save her brother’s life but left her unable to do so. Warrior leader Okoye (Danai Gurira, “The Walking Dead”) has devoted herself deeper to serving Wakanda, while Nakia (Lupita Nyong’o) has left Wakanda completely, unable to bear the aftermath of her onetime partner’s passing.

Even with its weighty subject matter, “Black Panther: Wakanda Forever” is still a Marvel film, and there’s plenty of dazzling action setpieces to keep viewers entertained. The film really takes flight when it heads to Boston, where Shuri and Okoye (decked out in their freshest non-Wakandan fashion looks) seek out RiRi Williams (Dominique Thorne, “Judas and the Black Messiah”), an MIT prodigy whose genius has put a target on her back.

Seeing the Cambridge campus on the big screen is a thrill, as are the chase and fight scenes filmed in the area near the Charles River. At one point, surrounded by FBI agents, the trio’s best exit strategy is to “lose them in Boston traffic,” proving that even superheroes acknowledge the power of Storrow Drive gridlock.

The introduction of Talokan and its warriors, meanwhile, lets Coogler add a splash of aquatic action to the proceedings. After spending more than a decade working on the upcoming “Avatar: The Way of Water,” James Cameron must be seething watching a fellow Disney-owned movie beat him to the punch with its own Atlantis stand-in and hours of undersea footage.

Though there are standout performances up and down the roster, the film belongs to Wright, and she rises to the occasion. Unable to move on after her brother’s death, she is prone to the most frequent emotional outbursts and unwise decisions of anyone on-screen, but none of them feel out of character. In a movie that is occasionally laden by its 161-minute runtime, Shuri’s emotional journey is the throughline that keeps audiences tethered to the story, even during its lengthy digressions.

What made “Black Panther” such a success and a tough act to follow — besides powerhouse performances from Boseman and Michael B. Jordan — was how Coogler was able to create an enthralling, immersive world totally separate from the crossover-heavy Marvel Cinematic Universe. “Black Panther: Wakanda Forever” manages to capture some of that same magic, while also telling a deeply personal story that transcends the boundary between the screen and the real world.

“Black Panther: Wakanda Forever” will be released in theaters November 11. 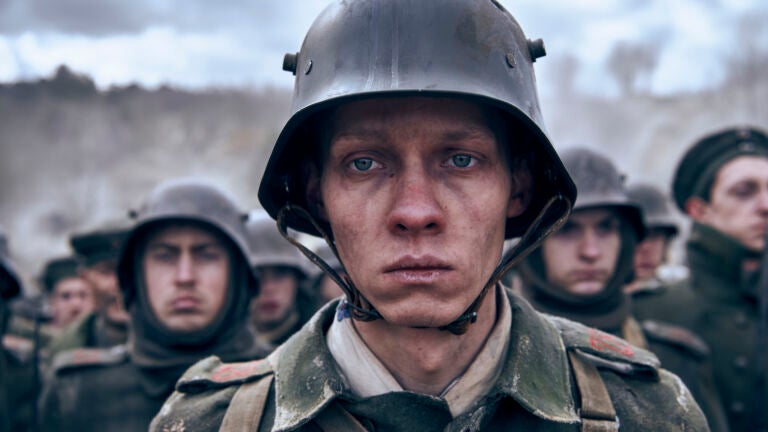