The first trailer for Tom Brady’s new movie “80 For Brady” hit the internet Thursday morning, and the former Patriots quarterback has some seriously super senior fans vying for his attention in the form of Lily Tomlin, Jane Fonda, Rita Moreno, and Sally Field.

Inspired by a true story, Paramount’s upcoming comedy “80 for Brady” tells the story of four lifelong Brady fans (Tomlin, Fonda, Moreno, Field) who road-trip to Super Bowl LI in the hopes of watching him take down the Atlanta Falcons.

In the trailer, the quartet flies down to Houston to fulfill their dreams, only to find out that tickets to the Super Bowl are (surprise!) extremely expensive. That doesn’t faze the group, however, as they try everything from winning tickets in a hot wing-eating contest hosted by Guy Fieri to posing as halftime show dancers for “Pose” star Billy Porter in order to get in.

Brady, who plays himself in “80 for Brady” and executive produced the film through his company 199 Productions, shared the trailer on his Instagram Thursday morning.

“It has been so cool to see this film come together,” Brady wrote. “To everyone who has helped us get here, THANK YOU. This is an incredible story, led by four amazing women, and we’re so excited to share our trailer. 45 in football years is only like 6.5 in dog years. I’m just getting started!”

Along with Fieri and Porter, a trio of former Patriots — Rob Gronkowski, Julian Edelman, and Danny Amendola — will be joining Brady in cameo roles.

“We’ve been part of a lot of battles together,” Brady told Variety regarding casting his former teammates. “We’ve never been on a movie set together, but it felt like we were back in the locker room when we were there. Anytime I get my friends involved in things that I’m doing, it makes it that much more enjoyable for me.”

The “80 For Brady” trailer comes at a difficult time for Brady. On October 28, Brady and supermodel Gisele Bündchen announced that they had finalized their divorce after 13 years of marriage, ending months of speculation about the couple’s status.

And on Wednesday, Brady, Bündchen, and a number of other celebrities including David Ortiz, Shaquille O’Neal, Larry David, and Steph Curry were named as defendants in a class-action lawsuit against bankrupt cryptocurrency exchange FTX. The suit argues that Brady and Co.’s celebrity endorsements of the firm’s failed business make them culpable for the billions of dollars worth of losses suffered by FTX customers. 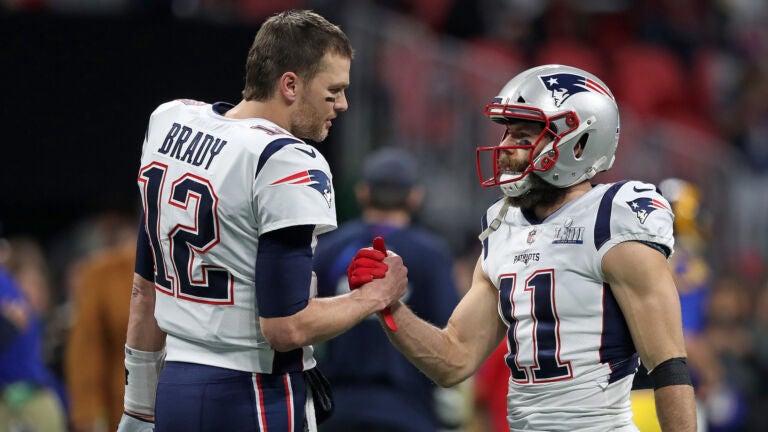