Hollywood’s most powerful stars, directors and writers have been increasingly vocal about their dissatisfaction with streaming-era paychecks, namely the refusal of entertainment companies to share the money generated from breakout hits, as was more common in decades past.

Ben Affleck and Matt Damon announced Sunday that they had decided to take action. Instead of continuing to work for hire, they plan to start an independent production company, called Artists Equity, and have obtained a minimum of $100 million in financing from the investment firm RedBird Capital Partners. Affleck and Damon have also committed an unknown amount of capital, and Affleck, whose hits as a filmmaker include “Argo” and “The Town,” has agreed to work exclusively for Artists Equity.

“This is the next act of my career for a long, long time,” Affleck said. Damon has committed to star in a set number of films (he wouldn’t say how many) and will produce exclusively for the company.

The two hope to capitalize on a shift in the film and television business: Streaming services like Netflix are beginning to care more about the quality of content than sheer volume. To give an incentive to high-caliber actors and off-camera artisans to work for them, Affleck and Damon said they intended to give those people a cut of the profit. Lower upfront fees, potentially big payouts in success.

“As streamers have proliferated, they have really ended back-end participation, and so this is partly an effort to try to recapture some of that value and share it in a way that’s more equitable,” Affleck said in a phone interview. “Not just writers and directors and stars. But also cinematographers, editors, costume designers and other crucial artists who, in my view, are very underpaid.”

Affleck, 50, will be CEO, while Damon, 52, will be chief creative officer. Over their 30-year entertainment careers, Affleck and Damon have worked on films that have generated $10.7 billion at the global box office. They have three Oscars between them.

“I know what kind of freedoms artists long for and how they can be empowered — treated like grown-ups,” Affleck said.

Studios are famous for endless second-guessing, particularly in the development of film ideas, resulting in a plodding process that most creators despise. Damon said in a statement that Artists Equity would allow film and television creators to “take ownership of their creative power, providing a platform for both established and emerging filmmakers to streamline the development of their content.”

RedBird was founded in 2014 by Gerry Cardinale, a former Goldman Sachs executive who is known for building businesses. He was, for example, involved in the creation in 2001 of the YES regional sports network, which broadcasts New York Yankees games, with the Steinbrenner family. He described RedBird’s investment in Artists Equity as “a significant, nine-figure commitment, with the ability to scale over time.”

Cardinale added: “You can’t put your toe in the water. You have to commit.” 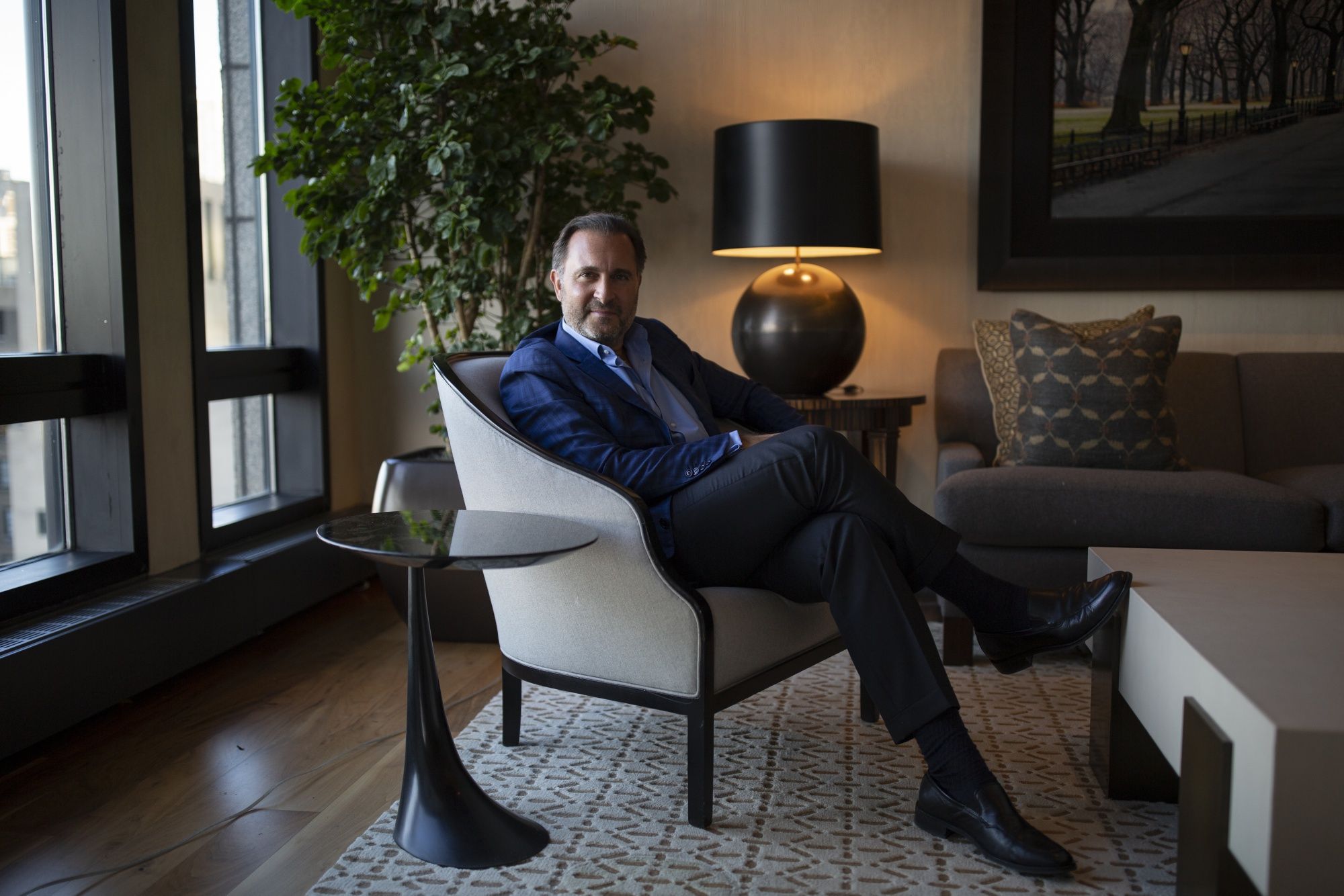 RedBird’s portfolio is worth about $7.5 billion, according to a spokesperson. Additional holdings include Skydance, a fast-growing media company founded by the Oracle heir David Ellison; and SpringHill, an entertainment, fashion and marketing company owned by LeBron James and his longtime business partner, Maverick Carter.

Artists Equity harks back to the original United Artists, which was founded in 1919 by Charlie Chaplin, Mary Pickford, Douglas Fairbanks and D.W. Griffith as a way to exert greater control over their creative and financial destinies. (United Artists has long since become a traditional film company and is now owned by Amazon.)

More recently, horror film producer Jason Blum has used — to spectacular effect — a business model in which established directors and stars work for union scale pay upfront in return for creative freedom and a stake in the financial success of the resulting film. “More often than not, the result will be both commercial (the filmmakers are incentivized to make films that will resonate with audiences) and artistically interesting (creative freedom!),” Blum wrote in a guest essay in The New York Times in April.

Artists Equity expects to have three projects released next year, with a goal of five per year, Affleck said.

The first film, which does not yet have a title, was produced with Skydance Sports, Mandalay Pictures and Amazon Studios. It focuses on the sneaker salesman who convinced Michael Jordan to team with Nike in the 1980s, resulting in Air Jordans. Affleck directed it over the summer from a script he wrote with Damon and Alex Convery. Damon plays the salesman, Sonny Vaccaro. Affleck plays Nike co-founder Phil Knight.

Affleck and Damon have closed their 10-year-old Pearl Street production firm, which had been paid for by Warner Bros. in exchange for its getting first dibs on projects they wanted to make. Aspects of their new venture were first reported by Deadline, an entertainment news site. Jeff Robinov, a former president of the Warner Bros. Pictures Group, was in talks to join Artists Equity but will not. Instead, Michael Joe, who was a managing director of Seer Capital and an executive at Universal Pictures, will become chief operating officer.

Still, stars have a poor track record in running studios, much less trying to build them from scratch.

In 2006, Tom Cruise and his producing partner, Paula Wagner, were recruited to revive United Artists, then owned by Metro-Goldwyn-Mayer. Cruise helped raise $500 million in financing, but their first movie, “Lions for Lambs,” bombed at the box office. A second film, “Valkyrie,” was a success, but its production and distribution were troubled. The management experiment was over by 2009.

In January 2016, Kevin Spacey was named chair of Relativity Media, which was struggling with creditors. Two months later, he resigned, saying he just didn’t have the time.

Affleck and Damon founded a multimedia company, LivePlanet, with two partners in 2000. It employed more than 60 people at its height and made the HBO contest documentary series “Project Greenlight.” But their idea of integrating the internet into mainstream entertainment programming ran into real-world setbacks, including the 9/11 attacks. LivePlanet closed at the end of 2007.

While pointing to the LivePlanet experience as an indication of his long-held entrepreneurialism, Affleck said he knew he had taken on a difficult new role.

“I’ve had people sort of pull me aside and say, you know, that this is going to be a lot of pressure, a lot of work,” Affleck said. “And there was part of me, I have to admit, that was like — come on, these studio guys sit behind desks and make phone calls. The artists are the ones who have to go off and actually make the movie and do all the work.”

Affleck said he has been finding out how much work his new job will be. He cited dealings with hard-grinding agents.

“I have already been humbled,” he said, laughing. “But my only regret is that I didn’t have the sense of self to try this earlier. Now I feel very ready to do it. I’m right at that period of life where you have enough experience and confidence and self-assuredness.”