Sergio Kitchens, the chart-topping, Grammy-nominated Atlanta rapper who performs under the name Gunna, pleaded guilty to a racketeering charge on Wednesday and admitted that the rap crew with which he is affiliated, known by the initials YSL, is also a criminal street gang, according to a spokespeson for the Fulton County district attorney’s office.

As a result of the plea, Kitchens was released from jail Wednesday evening, his lawyer, Steve Sadow, said. Since Kitchens’ arrest in May, he had been held without bond in advance of a trial scheduled to begin in January.

Kitchens’ guilty plea was an important development in one of two sprawling Atlanta criminal cases targeting what prosecutors say are a pair of feuding gangs that have committed dozens of shootings and other violent crimes since 2015.

The cases have garnered international attention because of indictments against hip-hop stars like Kitchens and Jeffery Williams, who raps under the name Young Thug and is one of the most famous and influential rappers of recent years. The indictments have also shaken the industry in Atlanta, which has emerged as one of the most fertile incubators of rap talent.

Authorities say Williams founded and leads the organization known as YSL. Prosecutors refer to it as a gang that revolves around the Cleveland Avenue area in South Atlanta and whose initials stand for Young Slime Life, alleging that some members of the group engaged in violent crimes including murder and attempted armed robbery. Defense lawyers contend that YSL merely represents a record label and a loose alliance of artists called Young Stoner Life.

The rival group, known as YFN, was targeted with a racketeering indictment in April 2021. Among the defendants was Rayshawn Bennett, a less-renowned artist who raps under the name YFN Lucci.

On Wednesday, Kitchens, 29, entered an Alford plea, which allows defendants to maintain their innocence while pleading guilty. He was sentenced to five years but was released because one year was commuted to time served and the rest of the sentence was suspended.

Another accused YSL member, Walter Murphy, known as DK, pleaded guilty to racketeering this week and was released Tuesday, his lawyer, Jacoby Hudson, said. Fulton County prosecutors confirmed Wednesday that they had reached a plea deal with Murphy, who they said had founded the gang with Williams and others in 2012.

Murphy was sentenced to 10 years — including one year of time served and nine years of probation — and agreed to “testify truthfully in any further trial as it may become necessary.”

In announcing his plea, Kitchens emphasized that he had not cooperated against his co-defendants and did not plan to at trial.

“While I have agreed to always be truthful, I want to make it perfectly clear that I have NOT made any statements, have NOT been interviewed, have NOT cooperated, have NOT agreed to testify or be a witness for or against any party in the case and have absolutely NO intention of being involved in the trial process in any way,” the rapper said in a statement provided by his lawyer.

But Jeff DiSantis, a spokesperson for District Attorney Fani T. Willis, said that Kitchens agreed in court Wednesday to testify if called upon to do so.

It is a sensitive topic. In hip-hop, where authenticity and credibility remain a coin of the realm, the concept of “snitching,” or cooperating with law enforcement, continues to loom large. Speaking to the police or testifying at trial has resulted in threats and harmed careers, as in the case of New York rapper 6ix9ine.

Sadow said in a statement that Kitchens would “testify truthfully” if he is called to a courtroom, but that “he reserves his right to assert his Fifth Amendment privilege against self-incrimination.”

Kitchens’ emphatic denial of cooperation comes five months after prosecutors, in court documents, revealed that they had learned of numerous violent threats against witnesses who have said that they feared for their lives and the lives of their families. The revelations came in an order in July that forced defense lawyers to withhold witnesses’ contact information from their clients.

Kitchens was charged with one felony: conspiracy to violate Georgia’s Racketeer Influenced and Corrupt Organizations Act, or RICO. Like the federal law on which it is based, the Georgia law is typically used by prosecutors to show a pattern of apparently unrelated crimes that are committed to further the objectives of a corrupt enterprise.

In the indictment, Kitchens’ name appeared in a number of “acts in furtherance of the conspiracy,” including receiving stolen property and possessing methamphetamine, marijuana and hydrocodone with the intent to distribute them.

As Gunna, Kitchens came to mainstream prominence beginning in 2017 as the premier protege of Young Thug and his YSL Records label, now a subsidiary of Warner Music Group.

“When I became affiliated with YSL in 2016, I did not consider it a ‘gang’; more like a group of people from metro Atlanta who had common interests and artistic aspirations,” Kitchens said in his statement Wednesday. “My focus of YSL was entertainment — rap artists who wrote and performed music that exaggerated and ‘glorified’ urban life in the Black community.”

As part of his plea, Kitchens must perform 500 hours of community service, at least 350 of which must involve speaking with young people about the dangers of gangs. (Other conditions included having no contact with guns or any co-defendants in the YSL case, except through lawyers and his record label.)

“I love and cherish my association with YSL music, and always will,” Kitchens said. “I look at this as an opportunity to give back to my community and educate young men and women that ‘gangs’ and violence only lead to destruction.” 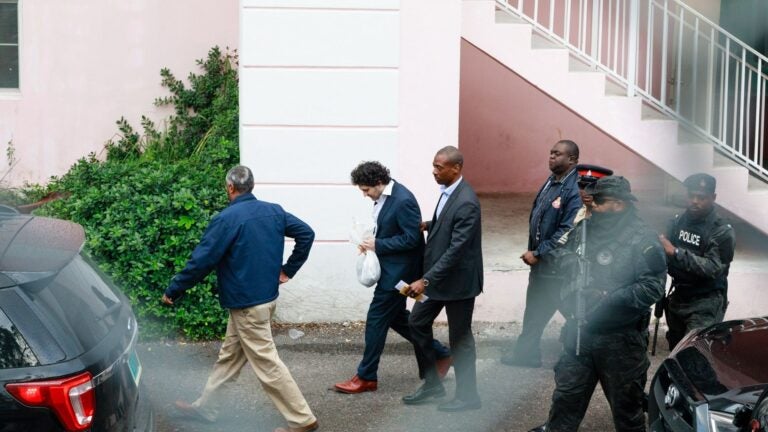