Take your pants off in public this weekend, Boston. For its ninth consecutive year, Boston Society of Shenanigans is bringing the “No Pants Subway Ride’’ back for a fun-filled few hours of T-riding in your undies.

The annual escapade — which started in New York City in 2002 by guerrilla-performance group Improv Everywhere — involves hundreds of people congregating at a designated spot to take off their pants and climb on the T, showing off their tighty-whities and pasty thighs for all to cackle at. The gag has now reached over 50 cities around the globe including San Francisco, Chicago and Washington, D.C.

As a handy way to inform everyone on where to go and what to do, James Cobalt, a Boston SOS member who organizes the No Pants Subway Ride, created a video with maps and tutorials. See below:

The abbreviated version? Where: 1 Pemberton Sq., Boston (look for a person holding an umbrella) When: Sunday, January 10 at 2 p.m. What: Once you meet up, an organizer will give you a “route card,’’ which includes what train to get on, when to remove your pants, and how to move from train to train.

Other things: 1. Dress warm — aside from wearing pants, of course. Being pantless in the middle of winter is part of the joke. 2. Don’t worry, this is legal. As long as participants behave and keep themselves mostly covered, they’ll be good.

Of course, for those who’d rather avoid the nearly-nude antics, maybe it’s best to stay clear of public transportation Sunday afternoon. Tighty-whities aren’t for everyone.

For the rest of Boston, happy shenanigan-ing. 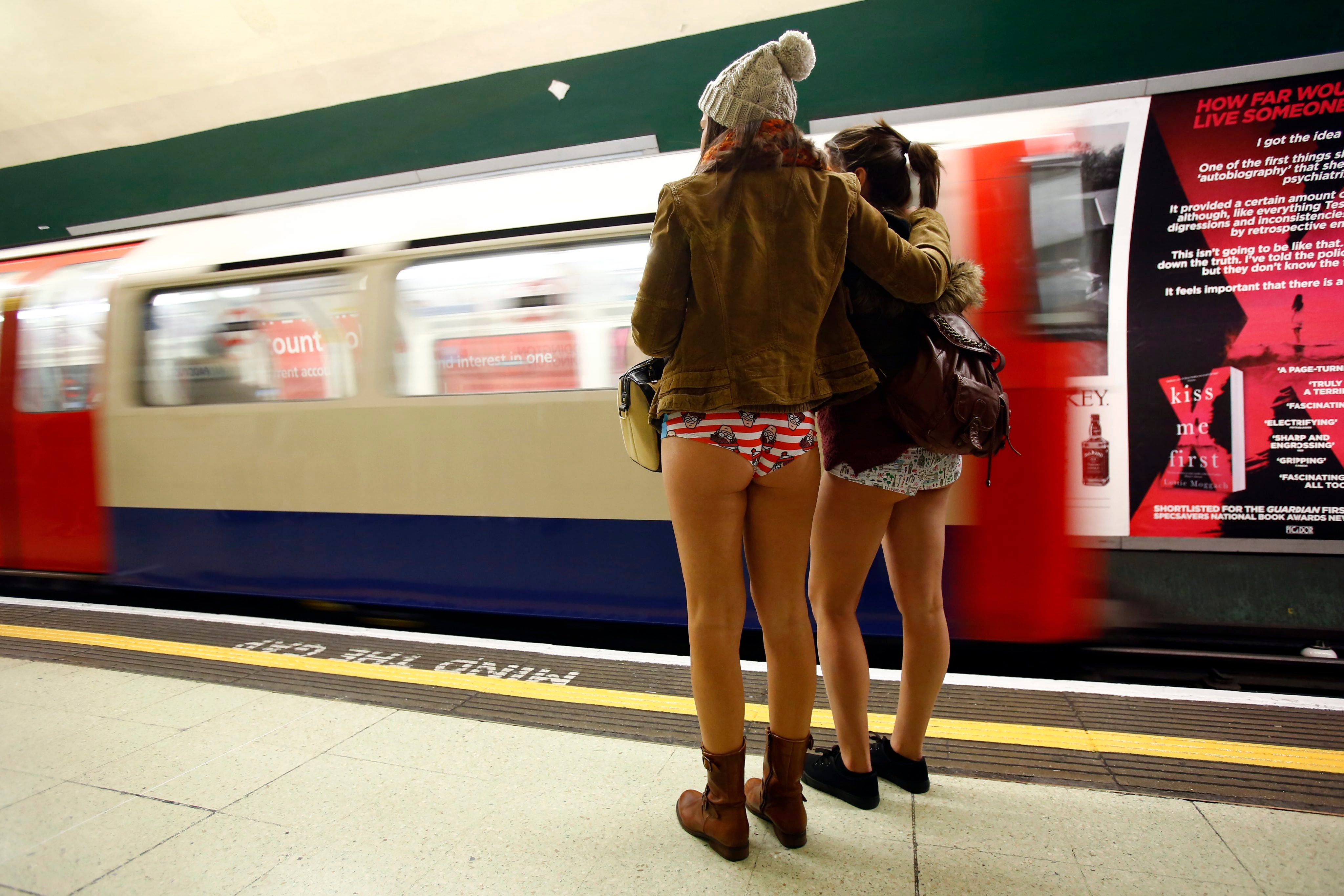 The No Pants Subway Ride returns this weekend