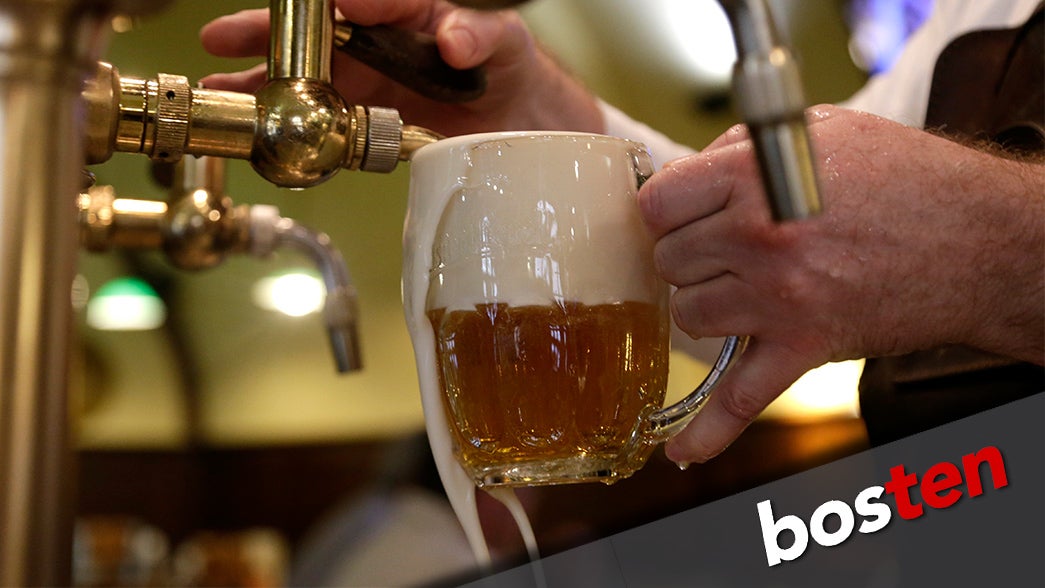 EBF Week at Tip-Tap Room Can’t make it to Extreme Beer Fest (see below)? You can still get a little extreme at The Tip Tap Room, with breweries like Port Brewing Company, The Lost Abbey, and Wicked Weed Brewing providing some peculiar beers. (Thursday, February 4 at 6 p.m. to Friday, February 5 at 10 p.m.; The Tip Tap Room; free; 21+)

Bruce Springsteen at the Garden The Boss is taking over the Garden on Thursday. Bruce Springsteen’s The River tour will bring tunes from his 1980 album to Boston for one night only. (Thursday, February 4 at 7:30 p.m.; TD Garden; $67-150; all ages)

Extreme Beer Fest More than 70 of the nation’s best breweries do a little experimenting, then come to Boston with some very different perspectives on beer. If you get a little too extreme, just be sure to take an Uber home. (Friday, February 5 at 6 p.m. to Saturday, February 6 at 9:30 p.m.; Seaport World Trade Center; $57.50; 21+)

Love Letters Ali MacGraw and Ryan O’Neal, stars of the classic movie Love Story, return to town to star in the two-person play about a series of notes between a couple over the course of 50 years. (Friday, February 5 at 7:30 p.m. to Sunday, February 7 at 6:30 p.m.; Citi Shubert Theatre; $36; all ages)

Rent 20th Anniversary Looking for a good cry? Fiddlehead Theatre Company is celebrating the 20th anniversary (read: roughly 525,600 minutes x 20) of one of the most iconic musicals of the ’90s (or, arguably, in musical theater history). It starts Friday and runs for most of the month. (Friday, February 5 at 8 p.m. through Sunday, February 21; Back Bay Events Center; $40-45; all ages)

Burrito Bowl at Rattlesnake Eight chefs compete to deliver the tastiest burrito, with one very relevant catch: Each chef will theme his or her burrito in the style of the hometown of their favorite NFL team. (Saturday, February 6 at 1 p.m.; The Rattlesnake; $20; 21+)

Ana Gasteyer The comedian who once did a mean Martha Stewart on Saturday Night Live—and who played Rydell High’s Principal McGee in Fox’s Grease: Live! Sunday night—comes to Cambridge to perform songs from her 2014 album I’m Hip. (Saturday, February 6 at 8 p.m.; Sanders Theatre; $30-$60; all ages)