Thousands dressed in green and lined Broadway Sunday afternoon to catch a glimpse of the St. Patrick’s Day parade as it wound its way through South Boston.

Crowds cheered as Gov. Charlie Baker and Boston Mayor Marty Walsh kicked off the parade at 1 p.m., marching alongside military personnel. They led the procession from its starting point, Broadway Station, following the original 3.2-mile-long route — which was almost cut short after Walsh and the Boston Police Department suggested the abridged 1.4-mile route would be safer — to its end point at Andrew Square.

Both families and groups of rowdy college students decked in emerald and waving Irish flags crowded the sidewalks, cheering marchers on and chanting “U.S.A.’’ when military groups and officials passed. During the two hour-long procession, the crowd’s enthusiasm never waned, and parade-goers entertained themselves by singing and dancing.

From the traditional marching bands and bagpipe players to a Beatles tribute float and Star Wars-themed brigade, the parade’s makeup often strayed from strictly Irish-themed entertainment.

“It was super eclectic,’’ Chris Ladouceur, who attended the parade for the first time, said. “It was the weirdest parade I’ve ever seen in my life.’’

“We had no idea what to expect,’’ Samantha Roberge, who came to the parade with Ladouceur, added. She found the group surrounding her — made up mostly of intoxicated celebrators — nearly as entertaining as the actual parade.

For others, the parade is an annual family tradition.

Maria Karalexis, who lives on A Street, stood on a bench she dragged from her house to give her and her young daughter a better view. She’s been coming to the parade for years, but has spent the past decade at the same spot just steps from her house.

“Ten years, right here on this bench,’’ she said.

For her, the best part of the tradition is showcasing local pride.

“It’s just the excitement of the neighborhood,’’ Karalexis said. “The Southie buzz.’’ 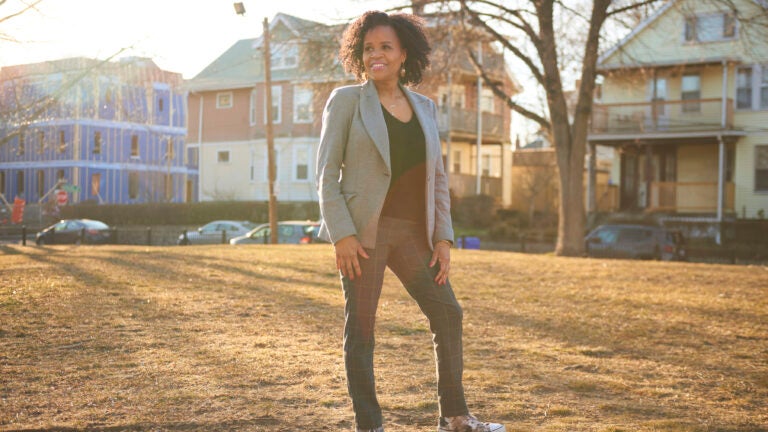