In Boston, running is more than a way to stay fit. It’s a lifestyle; it’s ingrained in the city’s spirit. But you don’t have to wait until Patriots’ Day to feel inspired to hit the pavement.

Cooler temperatures and picturesque foliage — and maybe a post-run reward of a tasty seasonal beer — makes autumn the perfect time to lace up your sneakers. Whether you’re looking to tackle your first 5K or your 15th marathon, here are a dozen races you should consider.

Why settle for  a post-race beer when you could have post-race oysters as well? One of many activities hosted during the 16th annual OysterFest, Wellfleet kicks off the festival’s final day with a run from Cove Road to Indian Neck Beach. Registration is $25. (2393 US-6, Wellfleet)

This run along the beach is a great way for North Shore folks to be festive this fall. The race, which costs $30, starts and ends at Kelly’s Roast Beef, so you know what you’re getting for lunch that day. (410 Revere Beach Blvd., Revere)

The ninth annual Cause 4 Paws 5K race ($40) and one-mile walk ($30) is a family- and pet-friendly event. The race, which benefits the shelter, also include a costume contest for owners and pets, a dog agility course, and more. (Squantum Point Park, Miwra Haul Road, Quincy)

Too old to trick-or-treat this Halloween? Dress up anyway with thousands of costumed runners at the second Boston Common Costume Dash 5K. The race is followed by after-parties at some of the city’s top watering holes, so you can kick off your Halloween celebrations. Entry fee is $35. (Boston Common, 139 Tremont St., Boston)

Take a break from the busy city roads and try a run that takes you through Powisset Farm and the neighboring Noanet Woodlands. Runners can choose between three race distances: 8.3 miles ($40), 5.6 miles ($35), and 1.5 miles ($15). A portion of the proceeds are donated to the farm. (37 Powisset St., Dover)

This annual race was established 35 years ago to remember Boston firefighters who lost their lives in the line of service. Now, over 1,000 runners return for it year after year. This flat course has plenty of ocean views around Dorchester Bay, and doesn’t  lack crowd support, either— the start and finish areas are usually lined with firefighters. Registration costs $40. (Florian Hall, 55 Hallet St., Dorchester)

Falmouth in the Fall: November 5

Did you know you can run the same challenging and picturesque seven-mile Falmouth Road Race course with less traffic, cooler temperatures, and fewer runners each fall? Yeah, it’s as good as it sounds. Registration is $20 and benefits numerous charities. (Buses for runners at 113 Lakeview Ave., Falmouth)

This race stands out from the flock of “turkey trots” because you can choose between a three or five mile course ($30 and $35, respectively), both of which follow a picturesque, foliage-filled path. To give back, the race is also hosting a canned food drive. (Artesani Park, 1255 Soldiers Field Road, Boston)

This Boston Marathon qualifier takes runners through the historic mill district of Manchester, which sits on the banks of the Merrimack River. And while this race may feel like a getaway, it’s just 45 minutes from Boston. Registration for the marathon is $110 and the half marathon is $95. The race also offers relay divisions for both distances. (Veteran’s Park, downtown Manchester, N.H.) 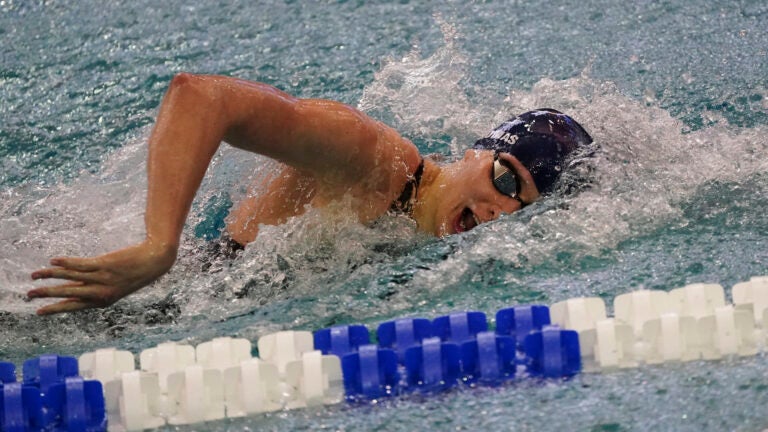