Innovation and tech publication Bostinno will host a Thursday night party at Lawn on D for its annual reveal of “Boston’s Coolest Companies.” The young professional bash will have food trucks, live music, lawn games, and plenty of up-and-coming local companies on hand if you’re looking to network. (Thursday, Aug. 23 from 5:30 p.m. to 9 p.m.; The Lawn on D, Boston; $20-30; 21+)

It’s been 25 years since ’90s buzz rock band Belly topped the Billboard Alternative Chart with “Feed the Tree,” and 22 years since the band initially broke up. The group, led by Boston indie rock legend Tanya Donelly (The Breeders), ended up reuniting in 2016, and will play a show in support of its new album at the Royale on Thursday. (Thursday, Aug. 23 at 8 p.m.; Royale, Boston; $32-$35; 18+)

This Italian religious festival and “feast of all feast” will return for its 99th year starting Thursday with a mix of parades, live entertainment, contests, religious services, and 100 pushcarts serving Italian fare. The festivities will culminate on Sunday with a 10-hour procession of the statue of Saint Anthony; it will be carried through the streets alongside marching bands, floats, and a color guard. (Thursday, Aug. 23 through Sunday, Aug. 26 at various times; Endicott, Thacher, and North Margin streets, Boston; free; all ages)

The second-to-last Free Fun Friday of 2018 will be another good one, with the Highland Street Foundation providing free admission to the Harvard Museums of Science and Culture in Cambridge, The Old Manse in Concord, and both of the Museum of African American History’s locations, including the one in Boston. (The other location is in Nantucket.) A number of other cultural institutions also will offer free admission outside of the greater Boston area, including Mass MoCA in North Adams and the Emily Dickinson Museum in Amherst, so if you’re looking for one last summer road trip, Friday is a good day for it. (Friday, Aug. 24 at various times and locations; free; all ages)

Films at the Gate Festival

The Asian Community Development Corporation (ACDC) will partner with WGBH for the Films at the Gate Festival in Boston’s Chinatown neighborhood for three nights this weekend. Topping the festival bill is a Saturday night screening of “Chasing the Dragon,” which stars legendary Hong Kong action star Donnie Yen and will be introduced by his father. Before screenings, attendees can enjoy family-friendly games and activities, as well as martial arts demonstrations. While the festival is free, the ACDC will be asking for donations to support the organization’s cultural programming. (Friday, Aug. 24 through Sunday, Aug. 26 at 5:30 p.m.; Chinatown Gate, Boston; free; all ages)

Get two workouts for the price of one in Central Square on Saturday morning when Heartbreak Hill Running Company and Whole Heart Provisions team up for Sprints and Salutations. The event will begin with a 45-minute treadmill workout from Heartbreak instructor Maria Kim, followed by yoga next door at Whole Heart from Bow Street Yoga instructor Ryan Hill. It will all conclude with free chia pudding, chickpea frittata, and almond horchata from the restaurant. (Saturday, Aug. 25 from 7:30 a.m. to 9 a.m.; Heartbreak Hill Running Company, Cambridge; $20; all ages)

The British coming to downtown Boston isn’t historically the best idea, but we’ll make an exception for British cars. The Boston Area MG Club will wheel some of its distinctly British autos into the Faneuil Hall area for motorheads and car rookies alike to view and enjoy, free of charge. (Saturday, Aug. 25 from 9 a.m. to 3 p.m.; Faneuil Hall Marketplace, Boston; free; all ages)

Unless you’re the ultimate beach bum, there’s probably more than a few Massachusetts beaches you’ve never visited. If one of those is Dorchester’s Malibu Beach, this Saturday might be a good day to take the family, when the Friends of Savin Hill Shores host the Dorchester Beach Festival. Take part in art activities, bubble demos, cornhole, face-painting, food trucks, and live music from a Beatles cover band, among other acts. (Saturday, Aug. 25 from 3 p.m. to 8:30 p.m.; Malibu Beach, Boston; free; all ages)

The two-day Massachusetts Independent Film Festival will move from the Brattle Theatre to Arlington’s Regent Theatre this year, but continue its mission of showcasing New England filmmakers, with 28 films spread over eight viewing sessions. Get tickets to the flicks that satisfy your cinematic palette — or see all 28. (Saturday Aug. 25 and Sunday, Aug. 26 at various times; Regent Theatre, Arlington; $10-$60; all ages)

You’ve probably heard yogurt commercials extol the virtues of probiotics and the benefits they can have for your gut health. As the fifth annual Boston Fermentation Festival will teach you, yogurt is hardly the only place to find good bacteria. Listen to speeches from natural food advocates, make your own sauerkraut, and learn about the “Fermentation Revolution.” (Sunday, Aug. 26 from 10 a.m. to 4 p.m.; Boston Public Market, Boston; free; all ages) 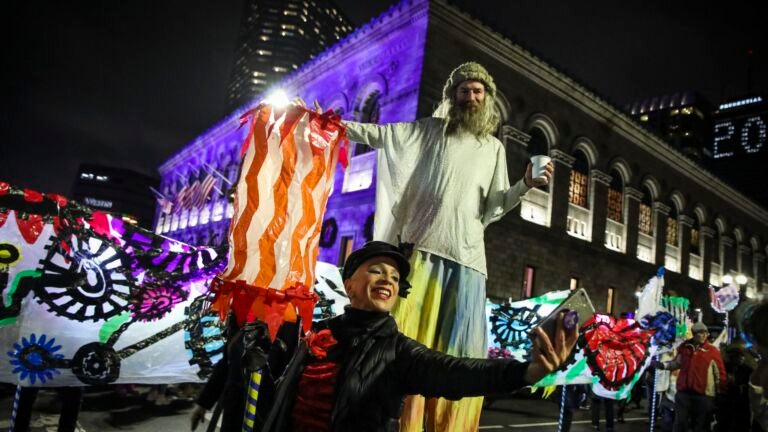