HUBweek, Greater Boston’s “festival for the future,” will return to City Hall Plaza Oct. 8-14 and bring scores of industry leaders who will lead discussions about the future of medicine, energy, technology, and more.

The theme of this year’s event is “We the Future,” and scheduled speakers range from Maureen Dowd, a New York Times columnist, to David Hogg, a gun-violence activist, to Tye Brady, the chief technologist at Amazon Robotics.

Three all-day forums, HUBweek’s flagship events, will take place from Oct. 10-12, and explore the future across the following nine disciplines: health, wellness, medicine, work, data, robotics, mobility, energy, and cities. Each day will cover three areas and the discussions will take place on Center Stage at The Hub on City Hall Plaza.

Other discussions and activities will take place inside the Ideas Dome, where community conversations will happen throughout the week, and the Immersive Dome, where visitors can attend film screenings, workshops, and more. Offsite events, such as Hogg’s discussion about gun violence on Oct. 14 in Faneuil Hall, will also take place.

Here are 10 speakers you won’t want to miss at this year’s event:

Tye Brady, chief technologist at Amazon Robotics, will pair up with iRobot co-founder and CEO Colin Angle to lead a series of conversations with technologists, scientists, futurists, activists, and robotics experts about the role robotics plays in our society and how new technologies impact the way we work during the forum “The Future of Data, Robotics & Work,” Oct. 11 from 9 a.m. to 5:30 p.m.

Ash Carter, former United States Secretary of Defense and director of the Belfer Center for Science and International Affairs at Harvard Kennedy School, will speak at a session called “Technology Innovation & Public Purpose” Oct. 9 from 5 to 7 p.m. at the Harvard iLab at 125 Western Ave. in Allston. He will also take part in “Science, Technology, and the Future of America” along with Maria Zuber, MIT’s vice president for research, and Eric Lander, president and founding director of the Broad Institute, during the “The Future of Cities, Energy & Mobility” forum taking place Oct. 12 from 9 a.m. to 5:30 p.m.

Maureen Dowd, the New York Times columnist, winner of the 1999 Pulitzer Prize for distinguished commentary, and author of three New York Times best selling books, will join Neri Oxman, Pattie Maes, and Rosalind Picard, all from the MIT Media Lab, to discuss how cities can become greener, safer and more connected due to the rise of autonomous vehicles, the increase in use of alternative fuels, and technological advancements, during “The Future of Cities, Energy & Mobility” forum, taking place Oct. 12 between 9 a.m. and 5:30 p.m. 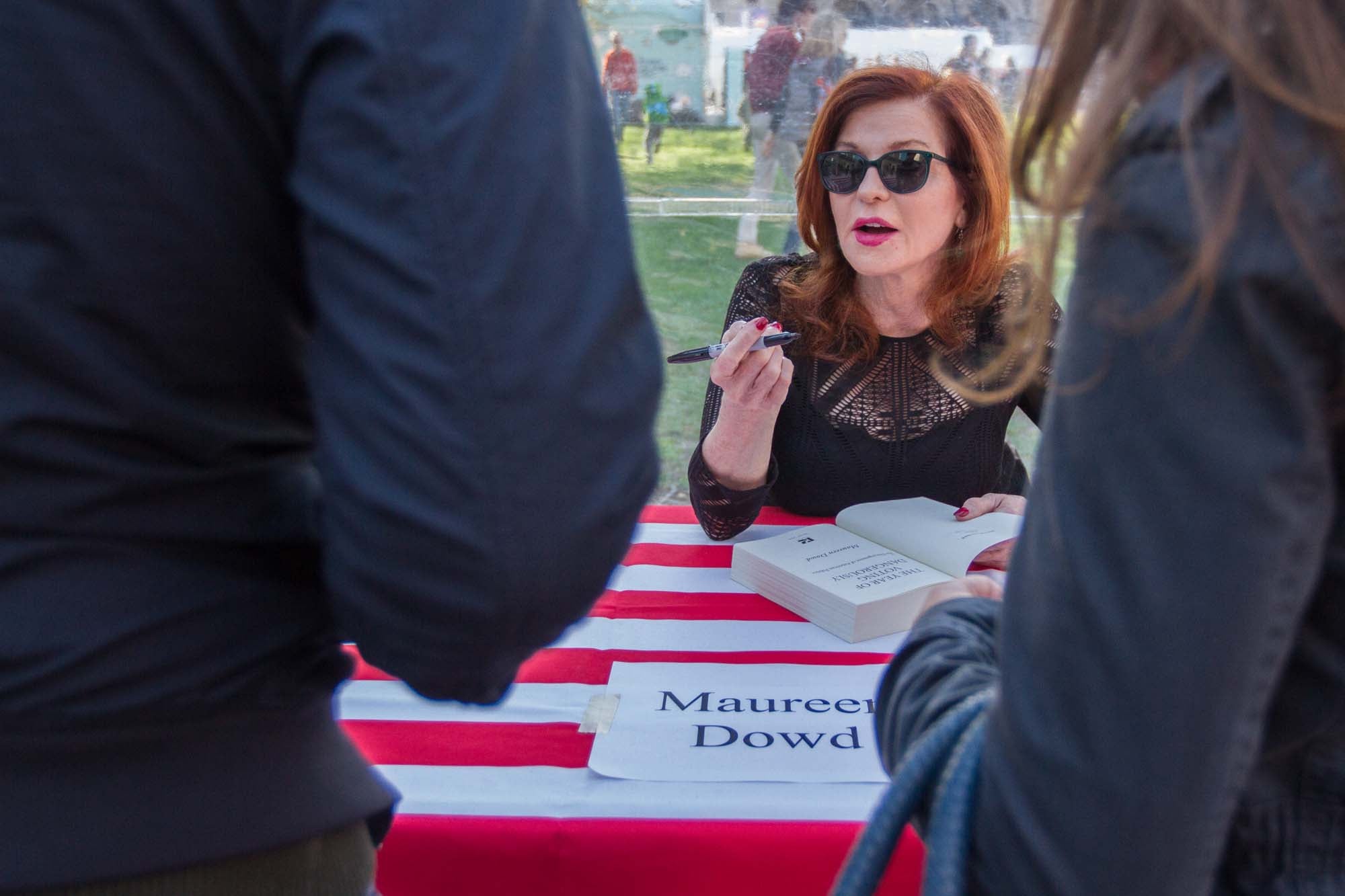 Carol Fulp, president and CEO of The Partnership, Inc., an organization that supports multicultural professionals in the workforce, will talk “Innovation, Inspiration, and Inclusion” alongside Corey Thomas, president and CEO of Rapid7, Nick Lopez, director of operations and finance for STAT News, and Diane Hessen, the founder and chairman of C Space Oct. 11 at the forum “The Future of Data, Robotics & Work,” taking place Oct. 11 from 9 a.m. and 5:30 p.m.

Penny Heaton, CEO of the Bill & Melinda Gates Medical Research Institute, will team up with Governor Charlie Baker to kick off “The Future of Health, Wellness & Medicine” forum Oct. 10 with the session, “Big Picture: The Future of Science and Medicine.” She will be part of the morning session, taking place between 9 a.m. and 1:30 p.m.

David Hogg is a survivor of the Marjory Stoneman Douglas High School shooting and co-founder of March for Our Lives. Hogg will be part of a HUBweek session hosted by Massachusetts General Hospital in Faneuil Hall on Oct. 14 from 4 to 5:30 p.m., discussing the nationwide student-led movement to end gun violence. He’ll be joined by a Boston Public Schools student and Chana Sacks, a doctor at Massachusetts General Hospital, an instructor in medicine at Harvard Medical School, and co-founder of the MGH Gun Violence Prevention Coalition. The discussion will be moderated by Rev. Mariama White-Hammond.

Joi Ito, the director of MIT Media Lab, and co-author of “Whiplash: How to Survive our Faster Future” (along with Jeff Howe), will speak at HUBweek’s first annual Change Maker Conference, an interactive two-day program that will bring together 300 “change makers” from Boston and beyond. The conference was created to help ” build community, inspire, plan, and problem-solve for our future.” Ito will give the opening keynote and discuss the “practice of change” on Oct. 8. The conference will run from 9 a.m. to 6 p.m.

Alaa Murabit, a medical doctor, UN High-Level Commissioner on health employment and economic growth, and CEO of the Omnis Institute, will also take part in HUBweek’s Change Maker Conference on Oct. 8, discussing how inclusivity can be both practical and profitable. The conference takes place between 9 a.m. and 6 p.m. and she will provide the closing keynote.

Ruth Pointer, of the singing group The Pointer Sisters, has won three Grammy Awards, three American Music Awards, and has a star on the Hollywood Walk of Fame. Pointer, along with Panos Panay, the vice president of innovation and strategy at Berklee College of Music, will discuss how music contributes to our well being during “The Future of Health, Wellness, Medicine” forum taking place Oct. 10 from 9 a.m. to 5:30 p.m.

Jody Rose, president of the New England Venture Capital Association, will discuss why our economy depends on immigrants and what happens when we restrict immigration. She’ll also talk about ways to support immigrant entrepreneurs. You’ll find her inside the Dome on Oct. 10 from 3 to 4 p.m.