When the Pilgrims sailed across the Atlantic Ocean to the Massachusetts shore in 1620, the impact of their journey would extend far beyond the history of the New World.

And now, with the 400th anniversary coming up next year, Lumley says telling the breadth of all of it — from the Pilgrims’ time across the pond to their first interactions with the Wampanoag tribe — will be a core focus of a series of commemorative events.

“We want people to understand it was not as straightforward as a lot of people wanted to leave and they got on a ship,” said Lumley, chief executive of Destination Plymouth, in Plymouth, England.

Organizations in four nations — the U.S., England, the Netherlands, and the Wampanoag Nation — will tell that story through dozens of events and projects slated to kick off next month and run throughout next year, organizers said this week.

Together, each will highlight the voyage of the Mayflower and the Pilgrims, including how some aboard the famed ship originated from Holland before setting sail on Sept., 16, 1620 from Plymouth, England, officials said.

Their journey would ultimately lead them to Cape Cod — modern-day Provincetown — on Nov. 21 that year.

“That day, the settlers wrote the Mayflower Compact. Signed by 41 men on board, the compact was an agreement to cooperate for the general good of the colony,” a statement from Plymouth 400 said. “They would deal with issues by voting, establish constitutional law and rule by the majority. This was later claimed to be the foundation of American democracy.”

Anniversary celebrations in Massachusetts include a maritime salute in Plymouth, a traveling regional exhibit on Wampanoag history, and a weeklong series of festivities leading up to Thanksgiving, among other events.

Here’s what’s on the schedule so far over the next year:

American Ancestors and the New England Historic Genealogical Society will host an opening ceremony for the commemoration at its headquarters, 99-101 Newbury St. headquarters. Festivities include the “launch” of a Mayflower replica and the unveiling of the “Wampanoag Legacy Art Installation,” according to a statement.

Also opening that day is the “Origins & Legacy of the Mayflower,” multi-media exhibit, which “considers the back stories of the Mayflower passengers — where they came from in England and what is known about their ancestry,” organizers said.

An open house with programs and other activities will follow from 11 a.m. through 8 p.m.

Two tours, one in June and another the following year, will take participants to the Netherlands and England, respectively, to trace the history of the Mayflower and the Pilgrims, from the town in Holland where some once lived to how passengers boarded the ship. More information is available on the society’s website.

Guest speakers, artists, and others will take part in a ceremony and spectacle “honoring the past and celebrating the future,” according to Plymouth 400. “VIP invitations” include national and foreign leaders.

New England Historic Genealogical Society experts will lead two tours (three days each) to “historic sites in the Commonwealth of Massachusetts associated with the Pilgrims, including Plymouth, Provincetown, Boston, Duxbury, and elsewhere,” according to the society’s website. A tour itinerary is forthcoming.

A regatta of wooden ships and other vessels will honor the original Mayflower journey, organizers say. Participants can also expect a seaside lobster dinner.

People from the Wampanoag tribes of Massachusetts will lead participants on a walk while carrying placards of the names of the original 69 villages of the Wampanoag Nation, according to organizers. “Participants will pay homage to Massasoit and King Phillip and stop at designated sites to bless the spots where their ancestors once walked,” Plymouth 400 said. “The walk will conclude with a drum ceremony and reception.”

A gala commemorating the signing of the Mayflower Compact, complete with food, drinks, and historical reenactments is planned, according to Provincetown 400. Additional information is yet to be announced.

A ceremony honoring the Pilgrims and native people of Massachusetts will be held on Beacon Hill and will feature the rare display of Gov. William Bradford’s journal.

The culture and arts festival will “honor the traditions, cuisine, and music of not only the original settlers and Wampanoag people but the diverse immigrants who followed and contributed to the fabric of American life,” Plymouth 400 said. International leaders, students, and celebrities will be invited to join.

Speakers and experts will discuss and highlight “the longevity and continuity of America’s indigenous people,” including their past and current contributions, organizers said. The conference will conclude with a traditional Powwow.

A weeklong series of celebrations leading up to Thanksgiving will include concerts, a parade, and, among other festivities, a “Once Small Candle” ceremony, which will give the “One Small Candle Award” to someone “who has made a difference in many lives at a young age,” Plymouth 400 said.

The regional traveling exhibit aims to educate others about key pieces of Wampanoag history. According to Plymouth 400, “This exhibition, created by a Wampanoag research and design team, travels regionally. The exhibit expands each year leading up to 2020 with new ‘chapters’ in the history and culture of the ‘people of the dawn.'” For more information, check out the Plymouth 400 website.

See the calendar of events in England.

See what’s planned in the Netherlands.

See festivities planned by the General Society of Mayflower Descendants. 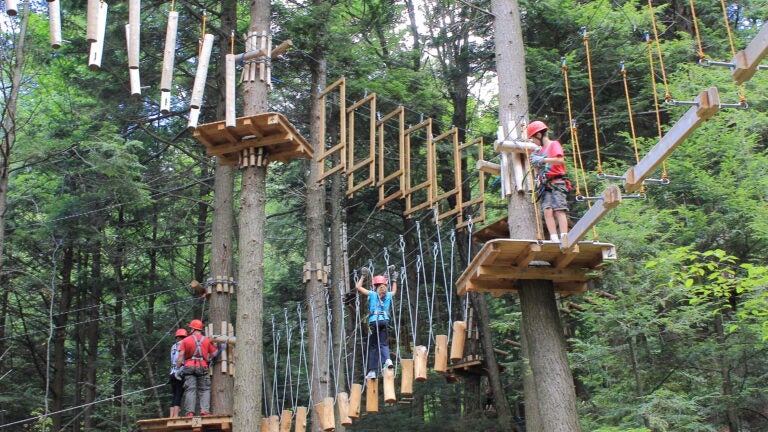