Wine and cheese is great in any season, but we’re not complaining that Eataly decided to throw a spring-specific wine and cheese festival. Guests can sample more than 15 cheese and salami bites and more than 20 varieties of vino throughout the Italian food emporium this Thursday. Experts will also be on hand to explain the characteristics and stories of every piece of cheese you eat. (Thursday, April 4 at 5:30 p.m.; Eataly, Boston; $60; 21+)

The Big Apple Circus briefly went bankrupt a few years ago, but the entertainers are back under the big tent for another season, this time at the Northshore Mall in Peabody. Expect the usual mix of clowns, aerialists, jugglers, and other classic circus acts. (Thursday, April 4 through Sunday, May 5 at various times; Northshore Mall, Peabody; $35-80; all ages)

Synthpop group Freezepop, which has blessed Boston with electronic grooves for two decades now, will play a free show on Thursday night at Dillons. The group made famous by the “Guitar Hero” franchise will preview their upcoming album “Fantasizer.” While the show is free, you must RSVP on the event website beforehand. (Thursday, April 4 from 8 p.m. to 11 p.m.; Dillon’s, Boston; free with RSVP; 21+)

It’s been more than 18 months since NBC10 Boston anchor Natasha Verma was diagnosed with stage 2 Hodgkin Lymphoma, putting her budding broadcasting career on hold. Now in remission, Verma will host a casino night at West End Johnnie’s to raise money for her foundation, which donates “cap wigs” to women and children who have lost their hair while battling cancer. Bid on silent auction items like an autographed football from newly retired New England Patriot Rob Gronkowski, and mingle with celebrity dealers like Ken Casey of the Dropkick Murphys, Patriots safety Duron Harmon, and former Patriots wide receiver Troy Brown. (Friday, April 5 from 6 p.m. to 10 p.m.; West End Johnnie’s, Boston; $75-125; 21+)

The critically acclaimed, contemporary Batsheva Dance Company will be in Boston at the Shubert Theatre this weekend to showcase choreographer Ohad Naharin’s distinctive “Gaga” style. The 18-person company will perform Naharin’s newest work, “Venezuela,” which mixes the familiar and unfamiliar by examining the “relationship between movement and the content it represents.” At the request of the artists, there will be no late seating, so make sure you’ve got some pep in your step and head to your seats before the curtain goes up. (Friday, April 5 and Saturday, April 6 at 8 p.m.; Boch Center Shubert Theatre, Boston; $35-85; all ages)

Woodstock 50: Then and Now

With the upcoming 50th anniversary of the Woodstock Music Festival, Berklee College of Music will hold a series of programs looking back at the iconic music and cultural event. The school will bring together several people involved in the festival’s planning, including Woodstock co-founder Michael Lang, who is also helping to organize this year’s Woodstock 50. Woodstock photographer Henry Diltz will present a media essay with more than 100 images from the original festival, and there will be a preview of the forthcoming documentary “Woodstock: Three Days That Defined a Generation.” (Friday, April 5 through Sunday, April 7 at various times; Berklee College of Music, Boston; free with registration; all ages)

Starting Friday, this immersive and eminently Instagrammable art exhibit will welcome guests at 500 Boylston St. You can sit among 40,000 gold flowers in the “Super Bloom” room, snap gravity-defying shots in the “Upside Down” room, and get your party on in the indoor confetti dome, among other flashy attractions. Just don’t forget to charge your phone before you go. (Friday, April 5 through Sunday, June 2 at various times; 500 Boylston St., Boston; $30 GA, $20 for kids ages 4 to 12; free for kids ages 3 and under; all ages)

Break out your wands and pointed hats at Franklin Park Zoo this weekend for Wizarding Day, when the zoo will showcase its magical creatures. The zoo will have magician Debbie O’Carroll performing in the Hippo Theater and a special zookeeper chat with its green anaconda Tom Riddle — also known as Lord Voldemort for those of you who aren’t up on your Harry Potter lingo. (Saturday, April 6 from 10 a.m. to 3 p.m.; Franklin Park Zoo, Boston; $14-20; all ages)

Indie rock icon Jeff Tweedy has managed to build a successful career outside of his main gig as the frontman for Wilco. He has written a memoir and started a band with his son, and he released a new solo album at the end of 2018. On the heels of that album, “Warm,” Tweedy will play a small show at the Berklee Performance Center on Saturday. (Saturday, April 6 at 6:30 p.m.; Berklee Performance Center, Boston; $37-$57; all ages)

The North End will likely add to its already significant volume of foot traffic on Sunday when the neighborhood throws a Shop and Nibble event. A number of North End boutiques will partner with neighborhood restaurants, opening their doors to shoppers while providing free samples from more than a dozen restaurants, including Antico Forno, Dino’s Cafe, Ernesto’s Pizza, Rina’s Pizzeria, and Strega. (Sunday April 7 from 1 p.m. to 4 p.m.; various North End locations, Boston; free; all ages) 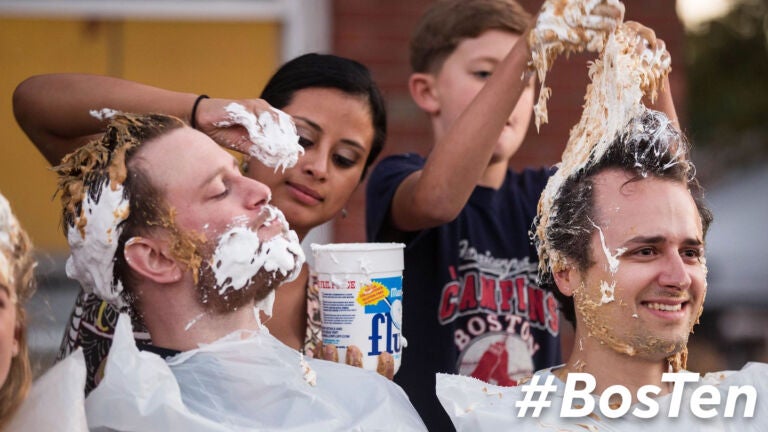