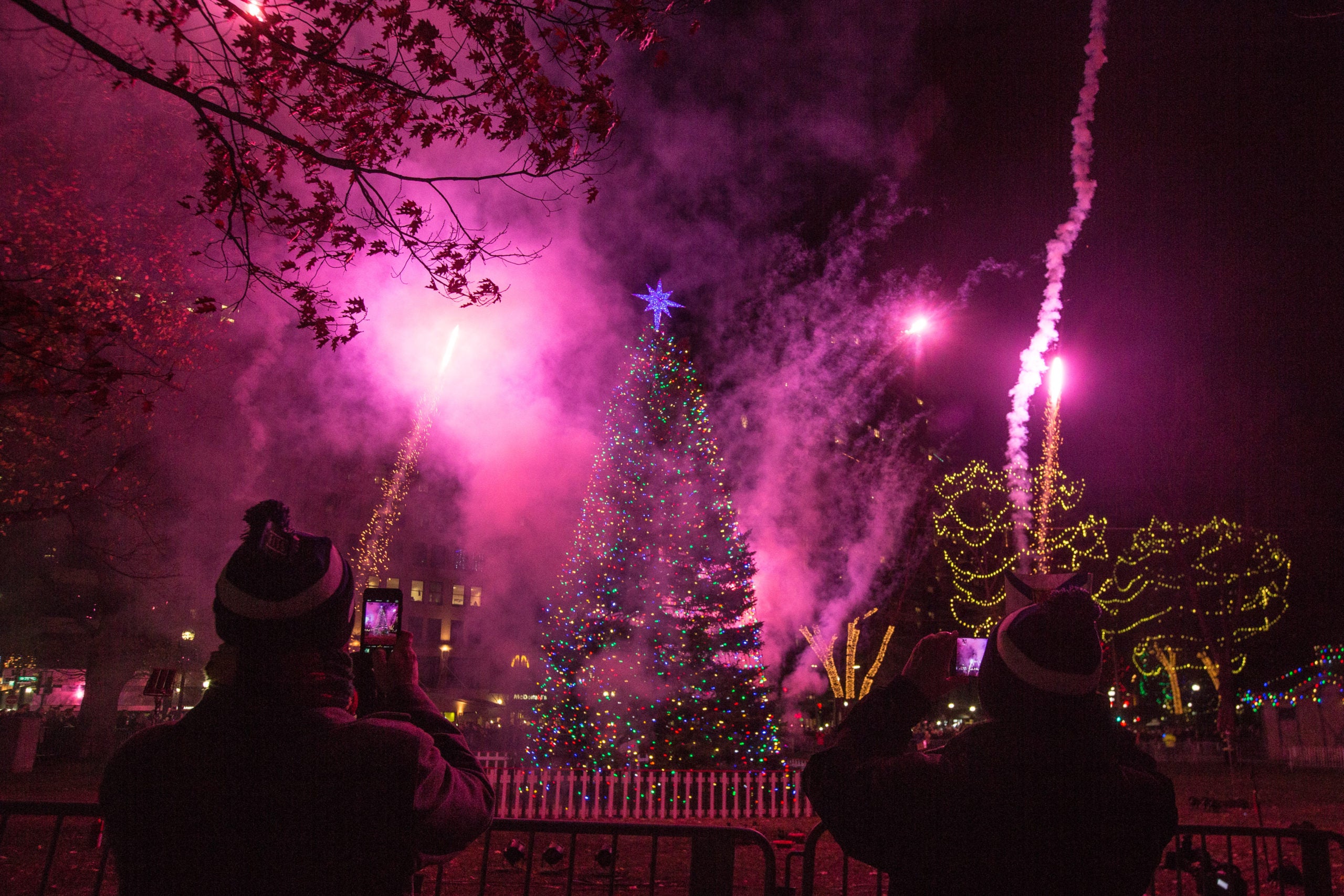 Harbor Sweets: A gift I’m giving this year was inspired by a beloved relative who passed away several years ago. He worked in Salem for many years, and frequently visited Salem’s Harbor Sweets to pick up gift boxes of their wonderful handmade chocolates. Family and friends were often handed a gift box whenever he stopped in for a visit (I always suspected he kept dozens of boxes in the trunk of his car). I was in Salem recently, passed by Harbor Sweets, and decided to stop in and pick up a few boxes to give as gifts this holiday season. — Jack Pickell

Something from the Harvard Square Holiday Fair: Each year, without fail, I’m able to find the perfect, locally made gift for everyone in my family at the Harvard Square Holiday Fair. This year, I plan on picking up some stunning pottery for my coffee fiend sister and a few hand-carved wooden kitchen accessories for my Dad, who loves to cook. With a range of wares being sold by a rotation of artists and craftspeople from across New England, the fair is my one-stop shop for finding unique, beautifully crafted presents that are perfect for everyone. — Dialynn Dwyer

Inman Oasis gift certificate: I’m a big believer in gifting experiences. I’ve been a fan of Inman Oasis for years, and it makes for a great gift for that one person in your life who would prefer to skip the cold weather. Go for a soak in a giant hot tub for a brief escape from winter. — Emily Turner

‘The Man Behind the Maps’ coffee table book: Yes, James Niehues lives in Colorado, but if you have a New England skier in your life, his 2019 coffee table book, “The Man Behind the Maps,” would make a great gift. The book, born out of a Kickstarter, features more than 200 of Niehues’s hand-painted ski resort trail maps, including many of New England peaks. Plus, just browsing through its pages will make any skier want to plan a trip ASAP. — John Waller

Something from One Ocean One Love: This holiday season, I’ll be visiting the One Ocean One Love shop in Rockport for some of my shopping. The shop sells clothing printed with ink that’s environmentally friendly, and the designs are made with hand-carved blocks — one time when I visited, I saw a worker pressing designs onto the clothes. The shop also donates 5 percent of net profits to protecting the ocean. For those not venturing to Cape Ann before the holidays, One Ocean One Love has an online store. — Arianna MacNeill

Spencer Trappist Ale: Brewed by monks at Saint Joseph’s Abbey in Spencer, this Belgian-style golden ale is dry, fruity, and only a little bitter. It’s an approachable beer for any crowd, with a story worthy of a special occasion. — Gary Dzen

Van Engelen bulbs: Connecticut-based Van Engelen imports flower bulbs from Dutch growers, and I’m tucking a few showy ones into stockings this year. Sure, it’s a gift that requires a little bit of chilly yard work, but that’ll be a distant memory when they start peeking through come springtime. — Kaitlyn Johnston

Yankee Swap beer: One thing that has become a holiday tradition for my family is Somerville Brewing Company’s Yankee Swap beer. Each holiday season they release a different version, but it’s always a strong ale that’s been aged in rum barrels. And emphasis on strong; Yankee Swap typically clocks it at a boozy 12 percent alcohol-by-volume. I’m not sure what that says about my family. Here’s hoping that they still have a four-pack of their 2016 edition laying around. — Nik DeCosta-Klipa 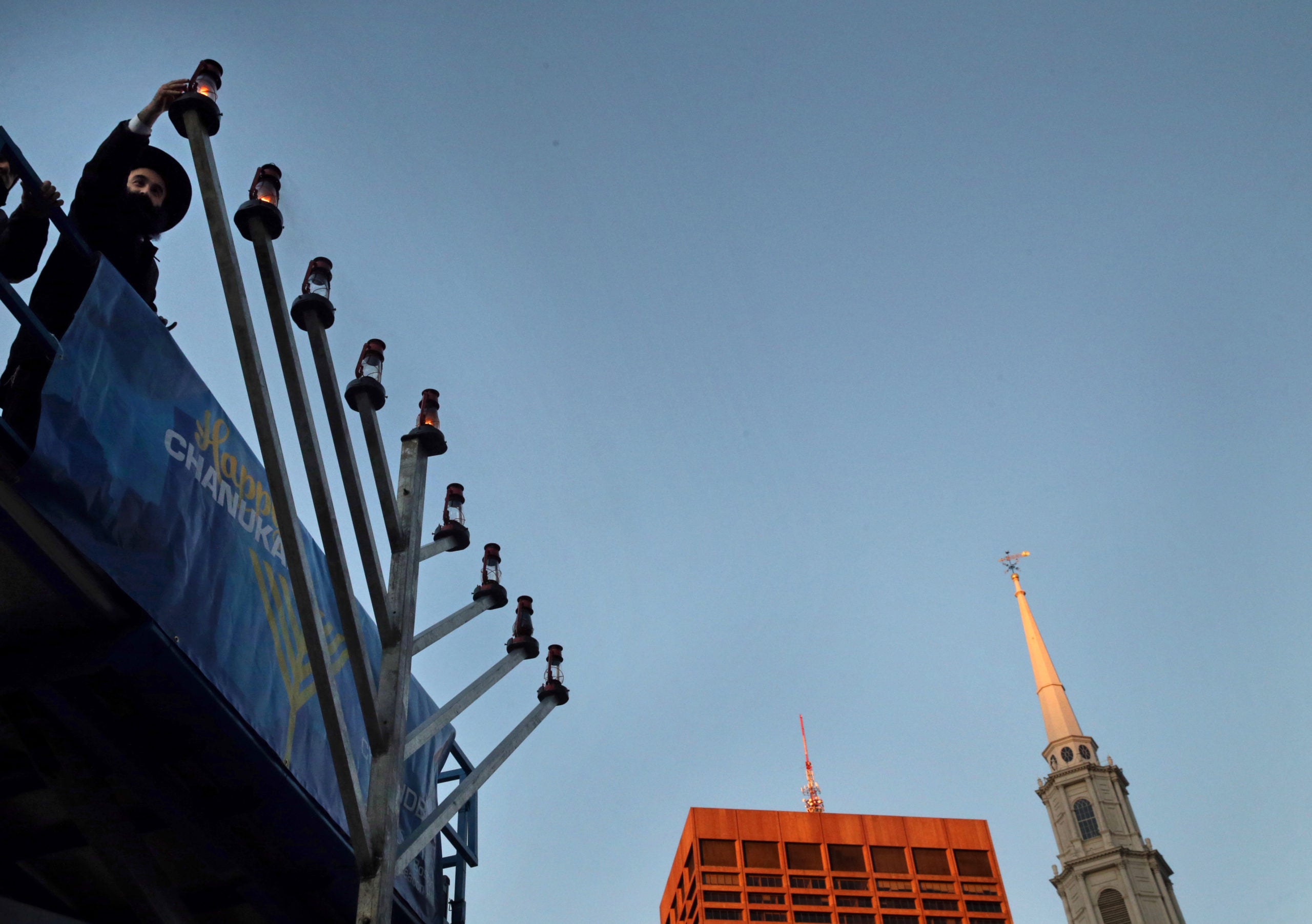 The 2016 menorah lighting on the Common.

Local Gift I Want to Get

A Bagelsaurus gift card: Most Saturdays, I follow the same routine: Wake up, get dressed, and try to time my a.m. stroll in order to beat the line at Bagelsaurus. Given that there’s typically a line outside Mary Ting Hyatt’s breakfast hotspot well before the doors open at 8, that’s an almost impossible task. But her doughy, chewy bagels are worth the wait. Deep down, I know I shouldn’t be splurging on a Classic Jumbo (over-medium egg, mustard butter, sharp cheddar) with bacon on an everything bagel on a weekly basis, so a Bagelsaurus gift card would let me treat myself with a clear conscience. — Kevin Slane

A Coolidge Corner Theatre gift card: Full disclosure: This is a gift I’ve received before and would be thrilled to get again. The small, art-deco style theatre in Brookline is an excellent place to take in a movie — and taking a break from Netflix to go there means you’re supporting a local institution. If you’re not into the latest releases, be sure to check out what else is playing. The Coolidge loves to host throwback screenings. — Christopher Gavin

Curdbox by Curds & Co.: Last year, Curds & Co., a phenomenal cheese shop with locations in Brookline and at the Boston Public Market, created a subscription box for cheese devotees: Curdbox. The contents reflect the sheer devotion that founders Jenn and Matt Mason have for their products: not only does each box contain three artisan cheeses, three food pairings, and a wine and cheese pairing info card, but it also includes both a themed Spotify playlist and a Curdcast podcast, for all your cheese-related entertainment needs. — Erin Kuschner

A Getaway booking: I’ve always been intrigued by Getaway’s outposts, which are tiny cabins intended for people looking to escape from the city and recharge. Located in southern New Hampshire, the cabins are walking distance from Blasty Bough Brewing Company. They also are near Northwood Lake and several trails, which would be great for swimming and hiking during the warmer months. — Nicole Yang

‘Juliana Hatfield sings The Police’: She’s been an indie darling in Boston since her early-’90s heyday, but to say that Duxbury native Juliana Hatfield has been on a roll lately would be an understatement: Her politically charged “Pussycat” was one of the best albums of 2017, and her 2018 Olivia Newton-John tribute — aptly titled “Juliana Hatfield Sings Olivia Newton-John” — was a jangly retro pleasure. Hatfield kicked off 2019 with the ingratiating alt-rock album “Weird,” followed just this month by the item I’d like to see under my tree (in vinyl format, natch): “Juliana Hatfield Sings The Police,” her personal, punky tribute to when Sting was still cool. — Pete Chianca

Mother Myrick’s Confectionery: If you’re trying to give the gift of impeccable candy, Mother Myrick’s buttercrunch toffee is probably your best bet. The Vermont-based establishment also offers a “Lemon LuLu” cake that is the definition of a delicacy. I’m giving it and buying one for myself, too. It’s that good. — Hayden Bird

A North End gift card: A date night with my husband would be a wonderful gift, especially since life with two kids is often so busy. A gift certificate to a restaurant in Boston’s North End would be thoughtful and appreciated. The Italian food is always on point and the ambiance is fantastic. Plus, it’s a treat to wander the bustling streets after dinner and pop into a pastry shop packed with tantalizing goodies for dessert. — Kristi Palma 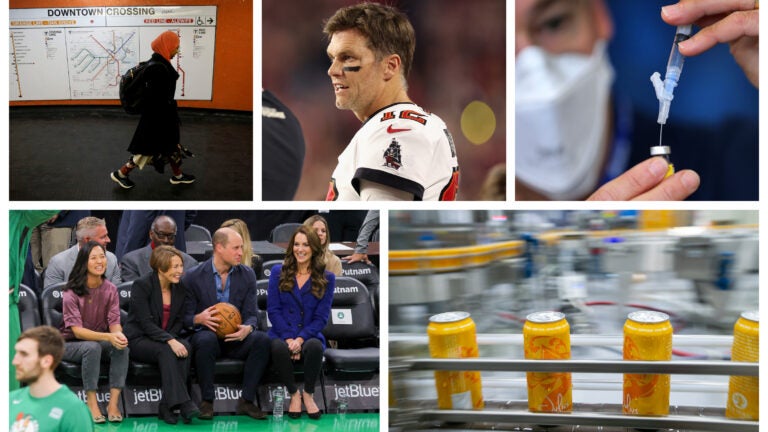