Some opted to recover from a long night of partying in an unusual way: by having an I.V. bag of saline fluid dripped into their bloodstream.

Lauren Nassr and Kai Walmsley, nurses who work with the Southie-based I.V. hydration company IV League, set up six “hydration stations” at Coppersmith for the restaurant’s second New Year’s Day Hydration Brunch. Between savoring the usual brunch fare of French toast, shakshuka, and cocktails, about 20 people popped by an impromptu space that looked something like a triage clinic. There, they could choose between four I.V. hydration options ranging from “The Rookie,” a liter of saline, to “The Knockout,” which added vitamins and glutathione to the mix. Many opted to add on the nausea medication Zofran as well.

“Today, people are looking for hangover relief,” said Nassr, who’s worked as a nurse for eight years. She described the therapy as “brightening,” almost like that feeling of clocking a good night’s sleep. “The worse the hangover — the more depleted you are — I will say the more you feel the results of the treatment.”

IV League has been operating out of Southie for a year, but the trend has popped up in other cities such as New York and Las Vegas over the past few. According to Nassr, most of IV League’s business comes from people looking for vitamin infusions “to boost their health” as well as athletes like boxers and runners.

We are excited to team up with @coppersmithbos again this year for brunch on New Years Day! Start this year right with an IV and delicious brunch to fight those 2020 hangovers! 🥂 🎉 💧 #Boston #southie #2020goals #bostonevents #bostonnewyearseve #newyearnewyou #ivleague

Connor Doyle, of Fenway, stumbled into the IV treatments when he walked into Coppersmith.

“It was a blast,” Doyle said, laughing as he recounted the night before spent with friends at Cheeky Monkey. “I drank too much. This morning was really bad.”

Doyle said his usual hangover remedy (“brute force and trying to get through the day”) wasn’t cutting it once his brunch arrived, so decided to give an I.V. bag a go. His friends snapped pictures while he sat hooked up. After about 10 minutes into his Rookie with an added dose of Zofran: “I was able to drink my whole Bloody Mary,” he said.

Others, like Diane Smith and Paul Galligan, of Boston, who celebrated the previous night at Encore, came to Coppersmith looking for some relief.

“So she can drink with me,” Galligan added.

“I’m not overheating anymore, so that’s a plus,” Smith said as Gatorade-yellow liquid dripped into her arm.

A bag of saline usually takes about 30 minutes to absorb, according to Nassr. In addition to the 20 or so people at Coppersmith, IV League treated about 20 more at the company’s headquarters that day.

“I would only use I.V. fluids and medication in the treatment of a hangover if somebody were sick enough. That is that they’ve been throwing up so much that they’re volume depleted. Some people call that ‘dehydrated.’ And usually that would be in a medical setting somewhere because they’d be sick enough to need it,” Saitz said. “I’m not aware of any well-controlled, well-designed, or well-done study that shows the effectiveness of any kind of intravenous treatment for hangovers in general. I just want to make sure that if anybody is going to get intravenous treatment for any condition that they would be fully medically evaluated and that such treatment would be prescribed according to state and federal regulations.”

Risks associated with an I.V. are not high, but can include infection and blood clotting, he said.

Coppersmith billed the brunch, packed with 250 reservations, as its swansong after previously announcing it would close this month, but the restaurant’s plans have changed. 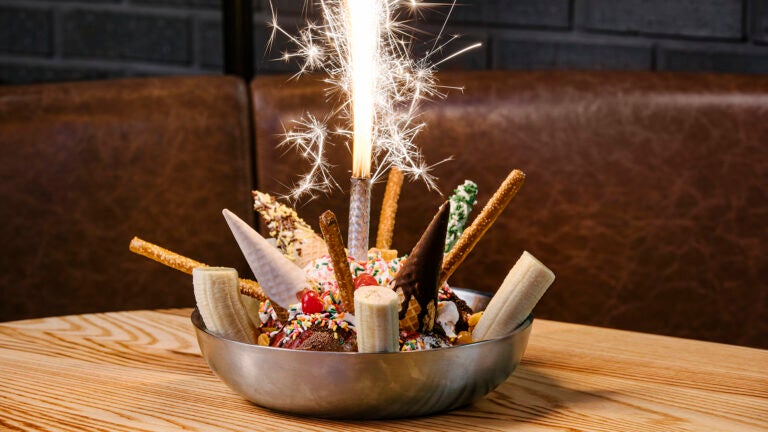