Here are 10 Grammy Award winners to see and where to get tickets.

Billie Eilish swept the Grammys and took home five awards: Record of the Year, Album of the Year, Best New Artist, Best Pop Vocal Album, and Best Song of the Year. Her album, “When We All Fall Asleep, Where Do We Go?” also won Best Engineered Album, Non-Classical. If you’re curious about the 18-year-old alt-pop sensation, you are in luck: tickets are still available for her concert at TD Garden. (Where Do We Go? Tour; Thursday, March 19 at 7:30 p.m.; TD Garden, Boston; $39.50-$149.50; tickets available here)

Since 2006, indie rock band Vampire Weekend has created music perfect for wearing Doc Martens. Their newest album, “Father of the Bride,” won for Best Alternative Music Album and is a departure from some of their earlier work – the band had never before featured a guest vocalist on an album. (Sunday, May 31 at 7:30 p.m.; Bank of New Hampshire Pavilion, Gilford, N.H; $29.50-$86.95; tickets available here)

The four San Francisco-based members of the Kronos Quartet have been playing together for 45 years, during which time they have become both widely celebrated and wildly prolific. The group took home the award for Best Engineered Album, Classical for “Sun Rings,” which continues their decades-long collaboration with composer Terry Riley to bring his meditations on the celestial to concert form. (Saturday, March 21 at 8 p.m.; Sanders Theatre; Cambridge, $60-$70; tickets available here)

Tanya Tucker has been a force in the country music world for decades: She released her first hit, Delta Dawn, in 1972 at the age of 13. Now 61, the Best Country Song award for “Bring My Flowers Now” and Best Country Album award for “While I’m Livin’” are Tucker’s first Grammy wins. (Sunday, May 17 at 7:30 p.m.; The Wilbur; Boston; $35-$197; tickets available here)

Jazz pianist Brad Mehldau has performed and recorded both solo and with multiple trios and quartets since the early 90s. “Finding Gabriel,” the solo album that earned him Best Jazz Instrumental Album, was written after Mehldau closely studied the Bible for several years and features collaborations with a variety of guest artists. (Friday, April 10 at 8 p.m.; Sanders Theater, Cambridge; $28-$58, tickets available here)

Jacob Collier is an English singer, arranger, composer, producer, and multi-instrumentalist who gained popularity in 2012 after his split-screen covers of popular songs began to go viral on YouTube. His cover of the Lionel Richie song “All Night Long” earned him Best Arrangement, Instruments and Vocals, while his cover of “Moon River” by Henry Mancini nabbed the Best Arrangement, Instrumental or A Cappella award. (Friday, May 15 at 7 p.m.; House of Blues, Boston; $30-$85; tickets available here.) 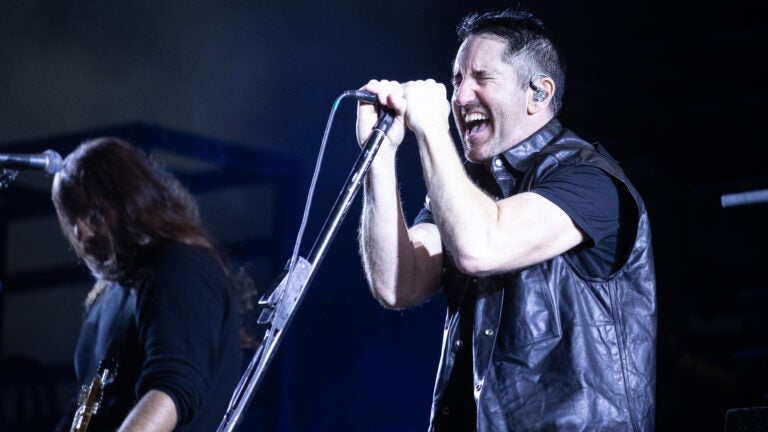