With the equinox arriving during March’s second half, the month has one snow boot in winter and one bare ankle in spring. The transitional period brings along a diverse array of activities to partake in around the city, so whether it’s food, fitness or film you’re looking for, peruse this list and start filling up your calendar.

Monday, March 2
Mindful Monday. Start your week off on a tranquil note at this monthly series, which includes activities such as meditation and yoga. (6:30-8:30 p.m.; General Assembly, Boston; free; all ages)

Tuesday, March 3
International Folk Music Festival. Let sounds from Argentina, China, Greece, Iran, and more wash over you at this annual event put on by the Berklee College of Music. (8 p.m.; Berklee Performance Center, Boston; $10 in advance, $15 on the day of the show; all ages)

Thursday, March 5
NYC Comedy Invades Night Shift Brewing. You only have to go as far as Everett this month to see what the New York comedy scene has to offer. (8-10 p.m.; Night Shift Brewing, Everett; $15 online, $20 at the door; all ages)

Friday, March 6
The Crossword Show. Comedy, music, and pop culture trivia are all at play in this show, during which a panel of entertainers attempt to solve a crossword puzzle that doubles as a rap. (7:30 p.m.; WBUR CitySpace, Boston; $20 for general admission, $10 for students with valid ID; all ages)

Saturday, March 7
“rEVOLUTION.” Boston Ballet presents choreography by three masters of dance, including a George Balanchine work that sparked controversy when it premiered, a Jerome Robbins work set to the music of Philip Glass and a modern work by William Forsythe. (Thursday, Feb. 27 to Sunday, March 8 at various times; Citizens Bank Opera House, Boston; $37 – $189; all ages)

Monday, March 9
Mass Beer Week. From blues nights to trivia nights and beer mug painting to a moonlit hike, this lineup has a libation-infused event for everyone. (Saturday, March 7 to Saturday, March 14 at various times; various locations; prices vary; age requirements vary, must be 21+ to drink)

Wednesday, March 11
Boston Flower and Garden Show. Stop and smell the roses — and a plethora of other blooms — as you peruse life-sized gardens and colorful floral designs. (Wednesday, March 11 to Sunday, March 15 at various times; Seaport World Trade Center, Seaport District; $22 for adults, $19 for seniors 65 and over, $12 for children ages 6-17, free for children under 6; all ages)

Maureen McCarthy, of Woburn, works on a display for Heimlich’s Nurseries at The Boston Flower and Garden Show in 2018.

Thursday, March 12
Holiday Houseplant Hangover. Before attending this session, you can e-mail a horticulturist photos and descriptions of your plant problems to make sure your needs are addressed. (6:30-8 p.m.; Hunnewell Building at the Arnold Arboretum of Harvard University, Jamaica Plain; $10 for members, $15 for nonmembers; all ages)

Friday, March 13
Four Films by Stanley Kubrick. This is your chance to see some of the master director’s work, from “Lolita” to “A Clockwork Orange,” on the big screen. (Friday, March 6 to Sunday, March 15 at various times; Museum of Fine Arts, Boston; individual screenings are $10 for members, $13 for nonmembers; film ratings range from G to R)

Saturday, March 14
Dropkick Murphys Tour. The Celtic punk band will ship up to Boston for five shows in the city, just in time for St. Patrick’s Day. (Saturday, March 14 to Tuesday, March 17 at various times; various locations; tickets start at $39.50; all ages)

Matt Casey who goes by Casey the Leprechaun high fived people along the Annual St. Patrick’s Day parade route in 2018.

Tuesday, March 17
Podcast Previews: A Night of Storytelling with Al Letson and PRX. Project Catapult at PRX gives podcasters from around the country the opportunity to turn their ideas into sonic reality. Under the gleam of a disco ball, stop by and hear what six teams have put together. (7 p.m.; Oberon at the American Repertory Theater, Cambridge; $10; all ages)

Thursday, March 19
Ciclismo Classico Bike Travel Film Festival. Only films including two-wheel travel are allowed here, with subjects including a cyclist who journeyed from the Netherlands to West Africa and a group of strangers who biked from Montana to Denali National Park. (7 p.m.; Regent Theatre, Arlington; $20 in advance, $25 on the day of the show; all ages)

Friday, March 20
Happy Hour Writing Session. Decompress from a week at the office by taking an hour to put pen to paper and mingle with fellow writers. (5:30-6:30 p.m.; GrubStreet, Boston; free; 18+)

Saturday, March 21
Spring Sing: A Family Celebration of the Vernal Equinox. Start doing your vocal warm-ups, because here you’ll be greeting the spring season with song. (2 p.m.; Belmont-Watertown United Methodist Church, Watertown; $20 for adults, $8 for children ages 11 and under; all ages)

Sunday, March 22
New England Cannabis Convention. With programming ranging from how to cook with cannabis to what environmental issues face the industry, it’s no surprise this convention attracts cannabis industry professionals and consumers alike. (Friday, March 20 to Sunday, March 22 at various times; Hynes Convention Center, Boston; $30-$95, separate tickets for workshops; 18+ unless accompanied by an adult)

Marijuana samples are shown to customers at the Maine’s Honest Herbs Co. booth during the 4th Annual New England Cannabis Convention on March 25, 2018.

Monday, March 23
Tasting & Tales with Sam Adams Brewery. The theme of this specific event is “Remarkable Women of Jamaica Plain,” so settle in with a pint and listen to stories of abolitionists, literary figures, Nobel Prize winners, and socialists who made waves in the brewery’s backyard. (6-7:30 p.m.; Samuel Adams Brewery, Jamaica Plain; $20; 21+)

Tuesday, March 24
Taste of the South End. With 40 restaurants on its roster, this event really allows guests to get an idea of what the neighborhood’s culinary outposts have to offer. (7-9:30 p.m.; Cyclorama, South End; $125 for general admission, $200 for VIP; 21+)

Wednesday, March 25
Boston Design Week. This collection of 80 citywide and mostly free events is coupled with a goal of raising awareness and appreciation of design’s many forms. (Wednesday, March 25 to Sunday, April 5 at various times; various locations; prices vary; all ages)

Monday, March 30
City of Boston Winter Fitness Series. While you wait for yoga-in-the-park season, these free sweat sessions will keep your heart rate going up until the temperature does. (Sundays to Fridays until Friday, May 1 at various times; various locations; free; all ages) 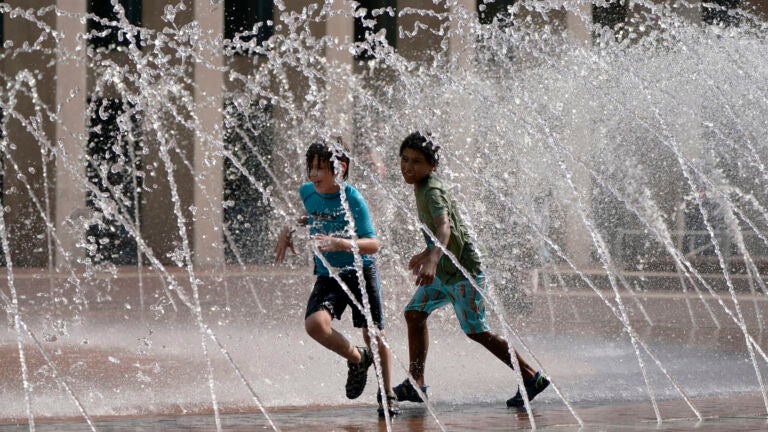