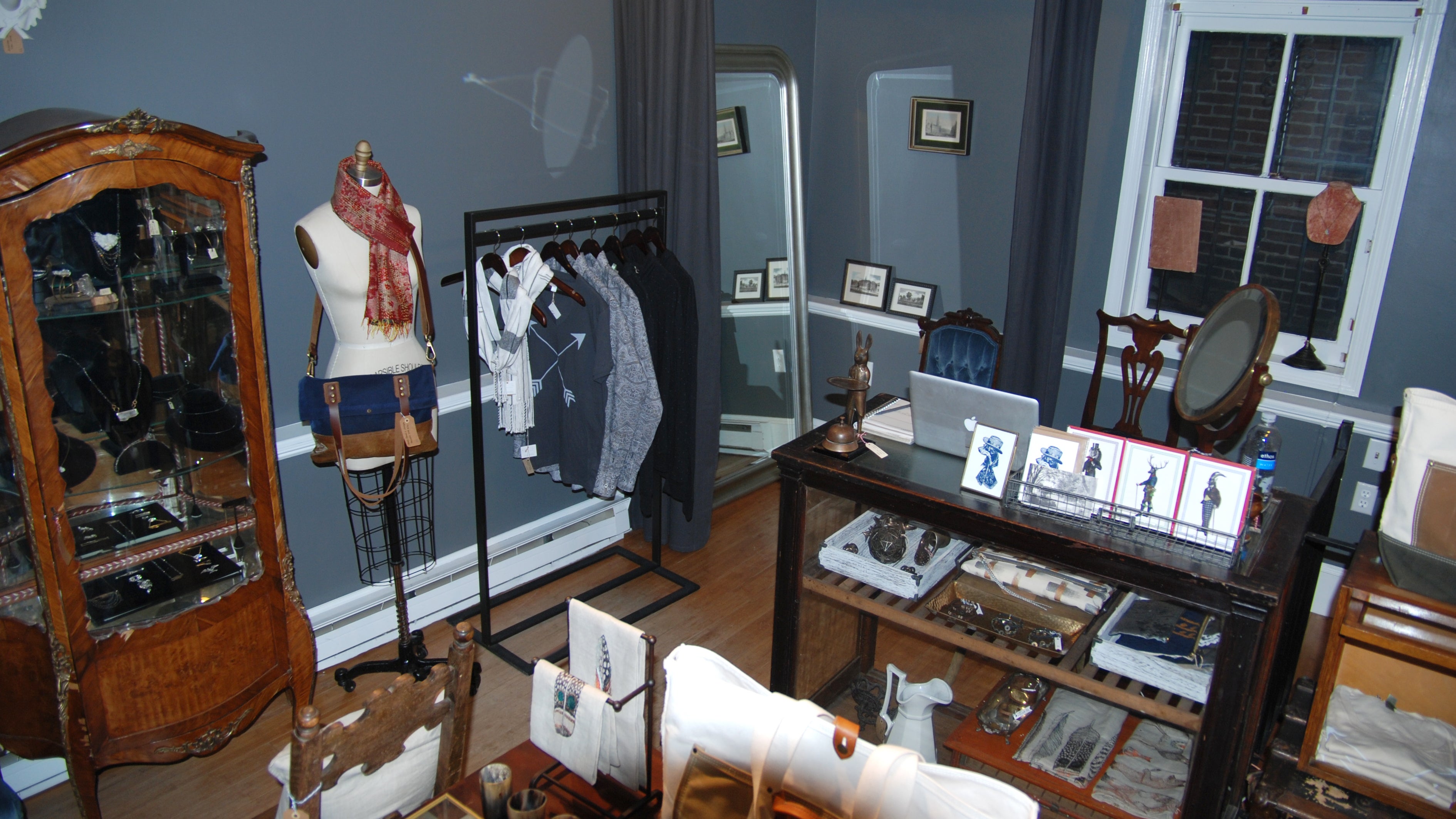 Inside Luke Aaron, a new boutique in Beacon Hill.

If you want to observe the most, well, Boston fashion choices in the wild, head to Beacon Hill. You’re likely to see many a pair of pleated pants and several Barbour coats as you wander those storied, cobblestone streets.

But Luke Aaron’s new store could alter that sartorial landscape. Last week, the Boston-based fashion designer had a soft opening for his eponymous shop nestled in behind the State House at 20 Myrtle St. He’s offering both off-the-rack clothing, home goods, vintage finds, and private appointments for bridal and evening wear.

The goods Aaron sells reflect a modern but classic aesthetic, from angular jewelry to pillows embroidered with feathers and arrows.

“I know Beacon Hill has a long tradition for antiques, and very high-end antiques, but that can be associated with kind of a stuffy formality,’’ Aaron said. “So I think it’s cool to show a broader clientele how to incorporate these old items without it necessarily being overly formal.’’ 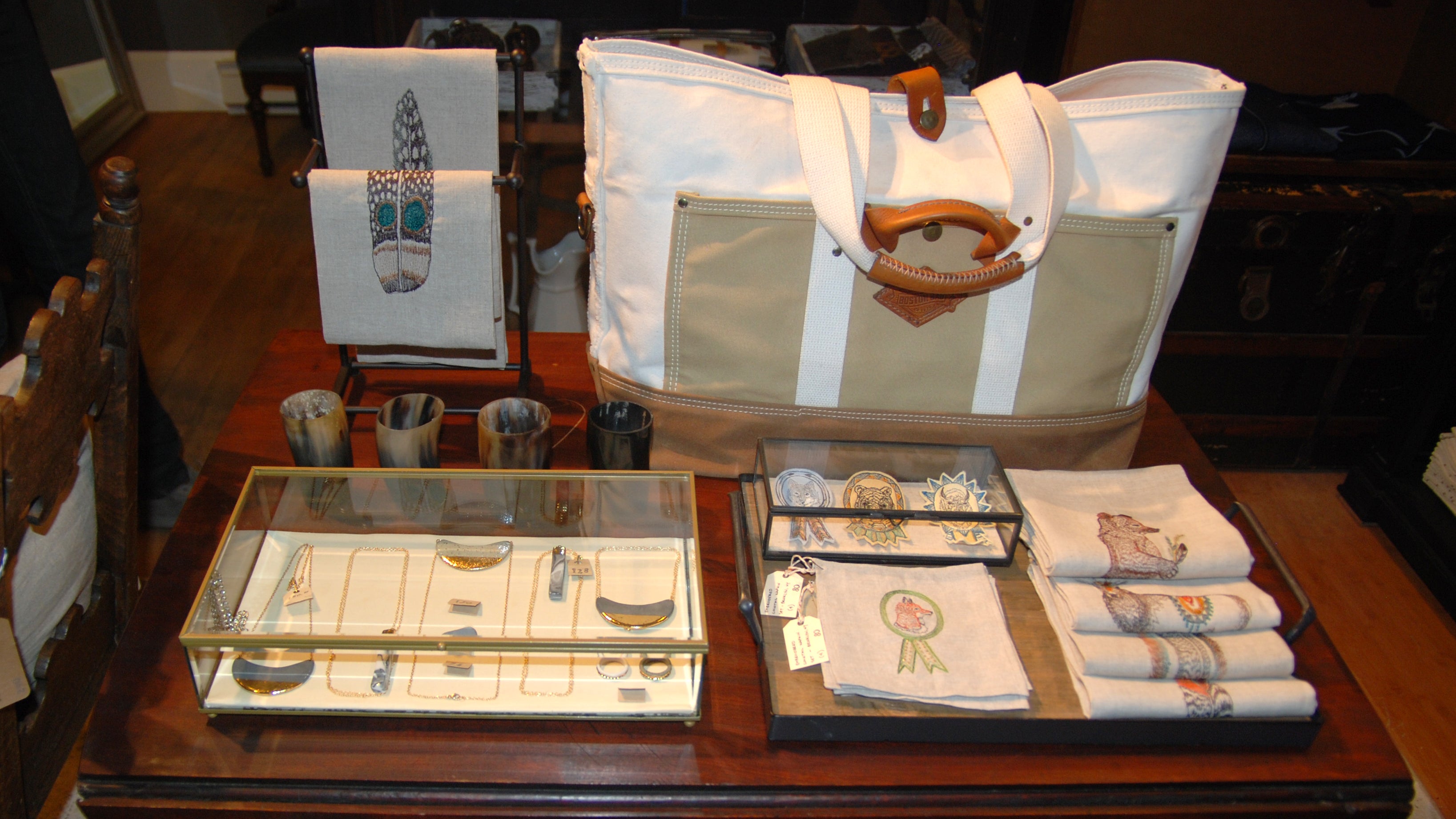 Some of the goods that Aaron carries at his store, such as a canvas tote from the local business Boston Bag Company.

Aaron previously owned two stores in Boston: a spot in the North End where he sold evening and bridalwear by appointment, as well as a studio in a South End artist’s building where he offered home goods made by various artisans across the county. Aaron closed both of them last year, and this new store—a small, intimate space he described as a “jewel box’’—is a consolidation of the two.

With all its history, Beacon Hill makes a lot of sense for Aaron’s new venture. An avid history buff, Aaron—who went to Tufts for undergrad and then studied costume design at the Yale School of Drama—said he draws inspiration from architecture, as well as from the clothing of previous eras. These historical details influence all of his collections.

“It’s modern and wearable, so I’m not doing recreations of period clothing, but it has a sense of timelessness because of that,’’ Aaron said. “So it’s classic and tasteful, but also unusual, with a twist—there’s always a modern unexpected element to it.’’ 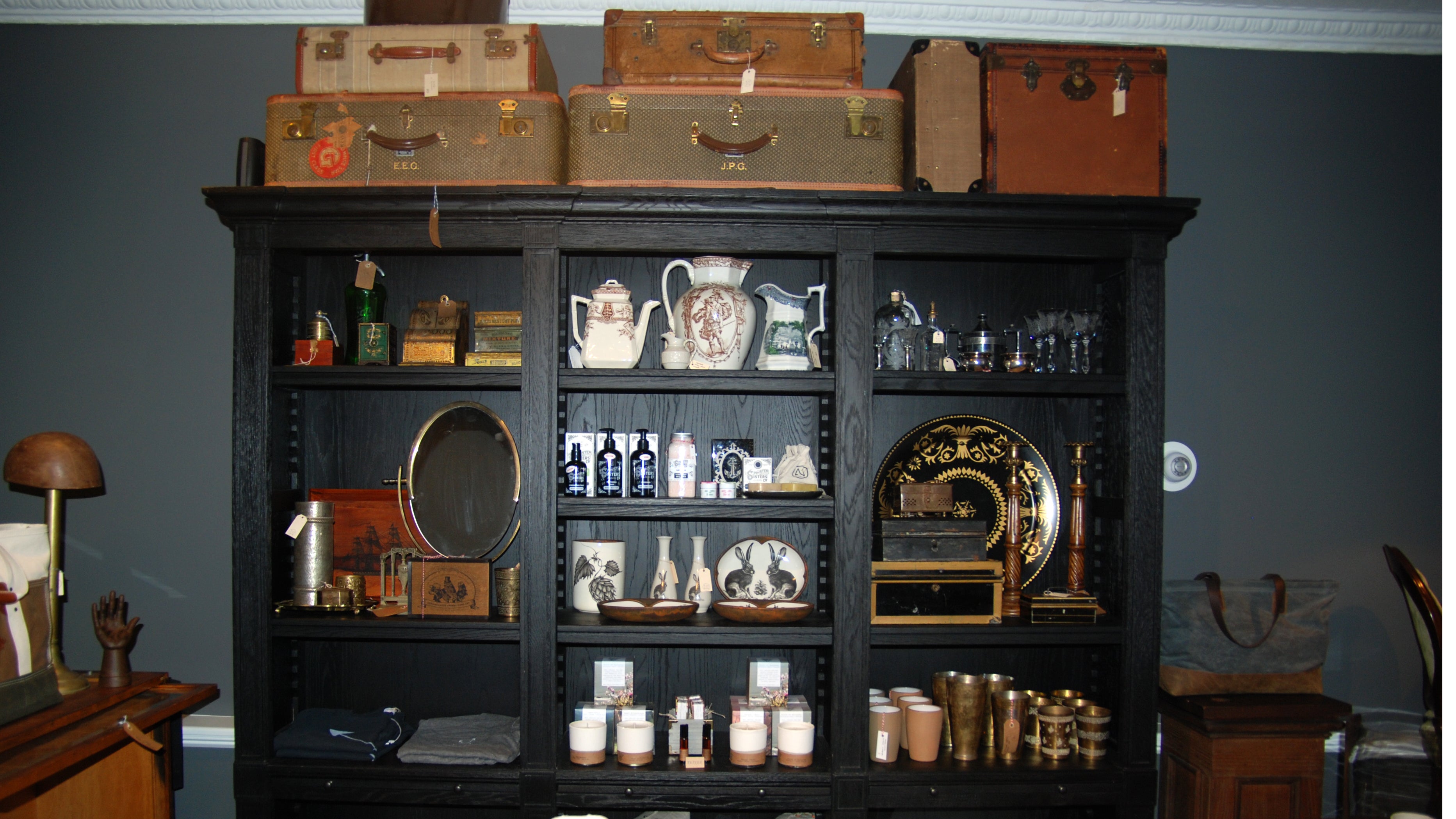