It’s becoming increasingly clear that Thanksgiving 2020, like most other things in this misbegotten year, will not be a normal one. If we pay attention to the experts — and we should — our gatherings will be smaller, as will our turkeys. And if the weather cooperates we may even be outdoors, not unlike the time Charlie Brown served Peppermint Patty toast and jellybeans on a ping pong table. (“Where’s the turkey, Chuck? Don’t you know anything about Thanksgiving dinners? Where’s the mashed potatoes? Where’s the cranberry sauce? Where’s the pumpkin pie?”)

Patty was being a little hard on good ol’ Charlie Brown, but she did have a point: It just doesn’t seem like Thanksgiving without the mashed potatoes, cranberry sauce, and all those other “fixin’s,” as your grandmother or TV hillbillies might have referred to the various items served aside your turkey (or your tofurkey, if such is your preference).

And apparently, your geography helps determine which sides actually make it to your holiday table. Analyzing Google Trends, Zippia.com has established the most popular Thanksgiving side dish for every state, and as usual some of the people outside of Massachusetts are just plain weird. For instance, did you know they were downing deviled eggs in Indiana? And mac & cheese is apparently adorning tables in Delaware, Georgia, Maryland, and both Carolinas. (That’s actually one we can approve of, and may adopt.) And up in Maine, they’re gulping down side salads, which seems vaguely un-American.

As for here in Massachusetts, they claim we put stuffing on the top of our list. An old standby, certainly, but we’re not so sure — mightn’t cranberry sauce be our most popular, given the preponderance of bogs in the region? Or potatoes, given our large Irish population? To find out, we’re asking Boston.com readers to respond to our poll and let us know what will be tops on your table.

Meanwhile, as we look forward to what will hopefully be a more typically massive holiday gathering in 2021 — along with all the interesting family dynamics that go with it — consider this silver lining: Even though your Thanksgiving might be smaller than usual this year, that just means more yams for you.

Take the poll below (or here): 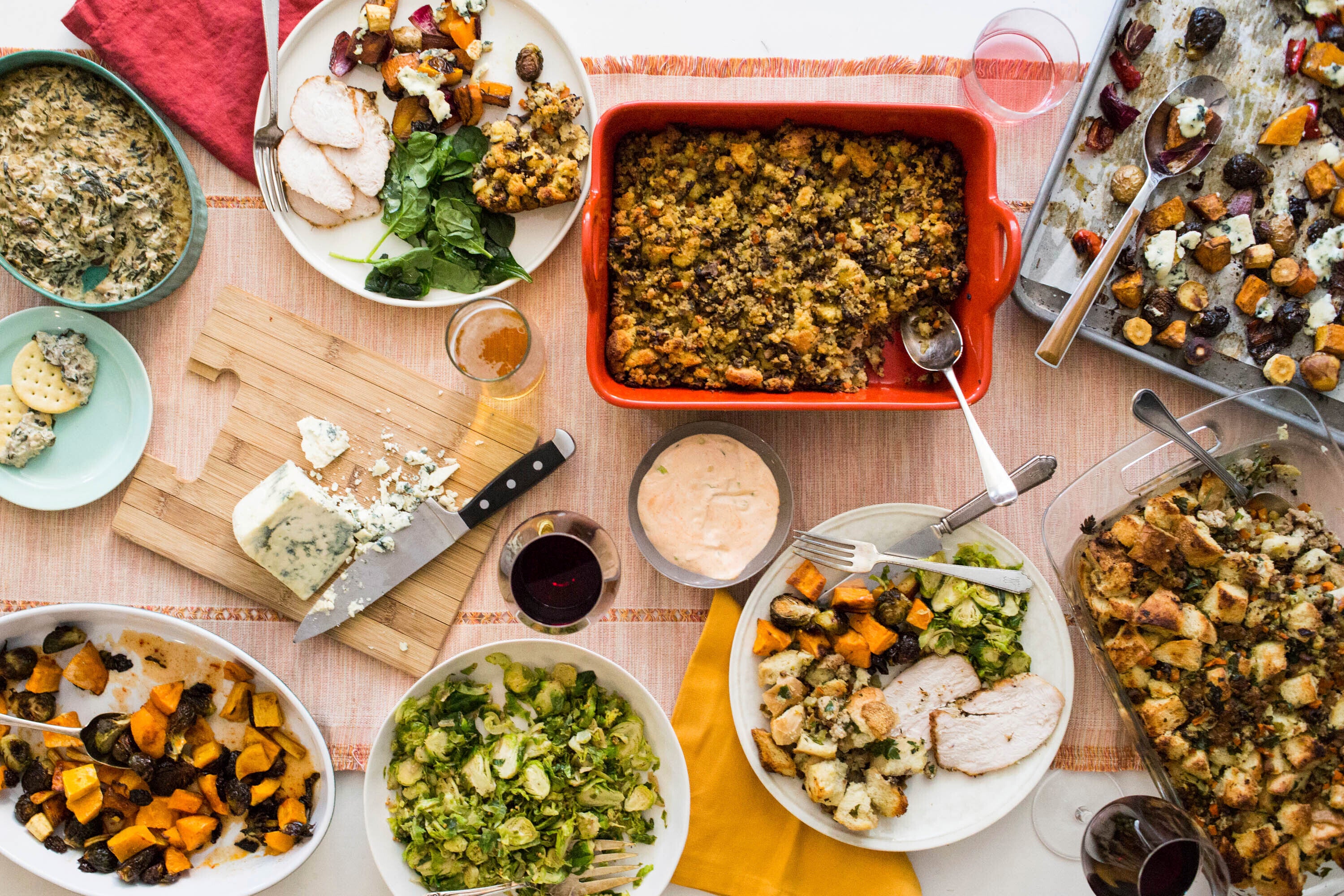 Send us your favorite Thanksgiving dinner menu ideas, recipes, and tips for readers cooking at home this year