Silver Spring, MD — An independent panel of experts convened by the US Food and Drug Administration voted on Thursday for the agency to consider lifting or altering the prescribing restrictions for the diabetes drug rosiglitazone (Avandia) after reviewing the latest research data that suggests the heart attack risks associated with the drug are “modest’’ and “uncertain.’’ After a two day meeting, 20 out of the 26 physicians voted to either modify the restrictions — which currently only allow the drug to be prescribed for patients who cannot get their blood sugar levels under control with other diabetes drugs — or drop them altogether.

Five of the experts voted to keep the restrictions in place, and one voted to remove the drug from the market altogether.

Once a blockbuster drug with more than $2 billion in annual sales, Avandia is now taken by only 3,000 patients in the U.S. The drug’s manufacturer, GlaxoSmithKline, has settled lawsuits brought by thousands of patients and paid a $3 billion fine last year for concealing the hazards of the drug; the FDA linked its use to an excess of 83,000 heart attacks over the decade that it was vastly prescribed.

The agency’s decision to revisit its restrictions implemented in 2010 was based on a new analysis of the drug company’s clinical trial to evaluate Avandia’s heart risks that was conducted by Duke Clinical Research Institute scientists.

“Concerns arose regarding the design and conduct’’ of the initial trial, said FDA spokesperson Morgan Liscinsky, so the FDA ordered the manufacturer to commission an independent review of the data three years ago.

After locating medical records from several missing trial participants including those who had heart attacks and strokes, the Duke research team concluded that the original results from the trial, called Record, did not change significantly with a modest increase in heart attacks — but not heart-related deaths — seen in the group of diabetic patients who were randomly prescribed Avandia in combination with either the diabetes drug metformin or sulfonylurea compared to those who were randomly given both of the older diabetes drugs without Avandia.

Strokes were higher in the control group.

“I’m not convinced there’s no cardiovascular risk associated with rosiglitazone, but I don’t think there’s enough data to suggest there is a risk,’’ said FDA panel member Dr. Ellen Seely, an endocrinologist at Brigham and Women’s Hospital who voted to lift the prescribing restrictions. She and other panel members who were in favor of lifting the restrictions said they wanted to see a larger clinical trial conducted comparing Avandia with a newer drug pioglitazone (Actos) but that it wouldn’t be ethical under the current prescribing guidelines.

But some leading cardiologists have criticized the FDA for even calling the meeting at all. “You can’t redo a clinical trial,’’ said Dr. Steven Nissen, chair of cardiovascular medicine at the Cleveland Clinic. “The idea of reanalyzing an old trial like this is ridiculous.’’ He initially alerted the world to Avandia’s heart risks in a prominent study published three years ago in the New England Journal of Medicine.

That study was based on combined results from smaller clinical trials that were published before Record, which indicated that Avandia led to 43 percent more heart attacks and 64 percent more heart disease deaths in those randomly assigned to take it compared to other diabetes drugs.

While Nissen spoke at the 2010 FDA meeting which led the agency to ultimately restrict Avandia prescriptions, he said he was not allowed to speak at this one.

“If I had 30 minutes with that panel, I could have laid out my case as to why Avandia is such a bad drug but I didn’t get it,’’ Nissen said. “Avandia increases [bad] LDL cholesterol by 18 percent; Actos doesn’t do that.’’ (Nissen is a paid consultant to pharmaceutical firms but requires them to donate all honoraria or consulting fees directly to charity so that he receives neither income nor a tax deduction.)

The FDA said it reviewed Nissen’s proposal to speak on the drug’s heart safety risks and determined that the content would be covered by other invited speakers including GlaxoSmithKline executives, FDA medical reviewers, and the Duke researchers.

If the FDA takes the advice of its advisory committee and decides to loosen restrictions on Avandia, doctors may still hesitate to prescribe the drug because of its past reputation.

In a statement issued shortly after the vote, GlaxoSmithKline said the panel’s discussion during the meeting “reflected confidence in the integrity and reliability of Record’’ and that “the independent re-examination…confirmed the study’s original findings’’ that didn’t show an increase in severe heart attacks or heart disease deaths when Avandia was added to a mix of diabetes drugs. 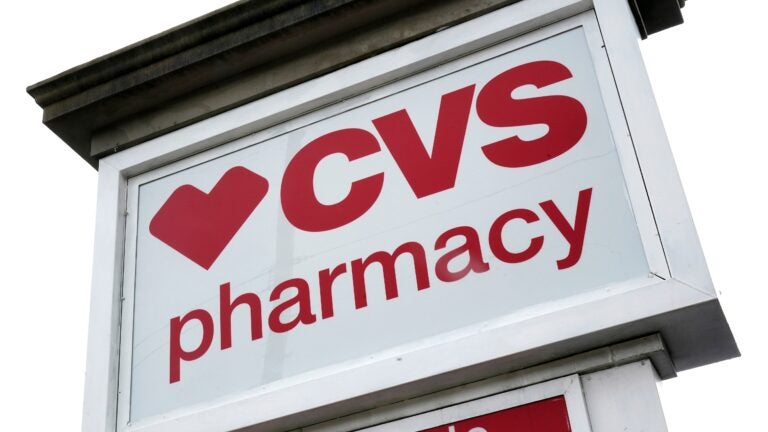 CVS seeks verification on drugs with possible abortion use