For more than a century, American parents have prodded their kids to drink three daily glasses of milk, but now the tide may be turning against this once seemingly essential beverage. A commentary published Monday in the journal JAMA Pediatrics questions the value of three servings of milk daily and whether the harm outweighs the benefits when people drink reduced-fat milk instead of whole milk.

“There’s never been such a strong evidence base for these recommendations,’’ said Dr. David Ludwig, a Boston Children’s Hospital pediatrician who co-authored the commentary with Dr. Walter Willett, a nutrition researcher at the Harvard School of Public Health. “We’re not arguing that milk should be eliminated from the diet, but that a broader range of recommendations might be more appropriate.’’

The federal government’s dietary guidelines for Americans recommend that adults and children consume three cups per day of fat-free or low-fat milk or reduced-fat dairy products, with milk getting the same positive emphasis as fruits and vegetables and whole-grains. But Ludwig said those recommendations may have been influenced by the US Department of Agriculture’s strong relationship with the dairy industry.

Adults with nutritious diets who get calcium from non-dairy sources such as sardines, kale, calcium-fortified orange juice, and white beans might not benefit much from milk, according to Ludwig. In fact, in countries where people consume no dairy products, osteoporosis rates don’t appear to be higher than in the United States, possibly because residents get bone-building calcium and vitamin D from plant sources and, for vitamin D, adequate sunlight.

Children with poor diets, on the other hand, might need as much as three 8-ounce glasses a day to ensure that they develop strong bones, Ludwig and Willett wrote.

Whether that should be in the form of whole milk or reduced-fat milk has become a matter of debate because recent research suggests that drinking fat-free or 1 percent milk doesn’t protect against obesity in kids.

Ludwig and Willett argued in their paper that children who don’t feel satiated from a glass of skim milk — which contains 83 calories and no fat — may be inclined to eat an extra cookie or two as compared to when they drink whole milk, with its 8 grams of fat and 150 calories.

“We just don’t see any benefit for focusing on reducing fat,’’ Ludwig said. “We think it’s a holdover from a paradigm that evolved in the late 20th century based on the relatively simplistic idea that fat has the most calories per gram and that eliminating fat will reduce weight gain.’’

Fat gets digested by the body more slowly, leaving people fuller for longer, so it’s possible that people wind up eating more calories overall when they reduce their dietary fat.

But that also hasn’t been proven by science, and well-respected medical organizations such as the American Heart Association recommend sharply limiting our intake of cholesterol-raising saturated fat — prevalent in whole milk and full-fat cheeses — to reduce our risk of heart disease and strokes.

Dr. Jonathon Maguire, a pediatrician at the University of Toronto’s St. Michael’s Hospital, said he agrees that the current milk recommendations aren’t backed by firm evidence from research.

“While milk has certain nutrients like calcium and vitamin D that are hard to obtain elsewhere in the diet,’’ Maguire said, “we still don’t really know what milk does to the body.’’

His own study published last December in the journal Pediatrics found that the more vitamin D kids obtained through milk, the lower the level of iron in their blood. After measuring blood levels of the two nutrients in more than 1,300 preschoolers, he and his colleagues found that two servings of milk per day was ideal for keeping both vitamin D and iron levels at a healthful level in most children — though dark-skinned children needed three to four cups of milk per day to have adequate vitamin D levels because their skin doesn’t make as much from sunlight.

While researchers can’t explain why iron drops as vitamin D levels rise, Maguire said it could be due to young children eating more iron-rich foods such as red meat when they drink less milk.

He said he would like to see more studies focusing on the impact of milk consumption to determine whether the current recommendations are the best ones in terms of preventing obesity and maintaining strong bones in people of all ages.

Until then, however, parents should use their best judgment and should realize that just how many servings a day is ideal isn’t really known.

“The current recommendations have been around a long time,’’ Maguire said, “and jumping ship on them at the current time would be premature.’’ 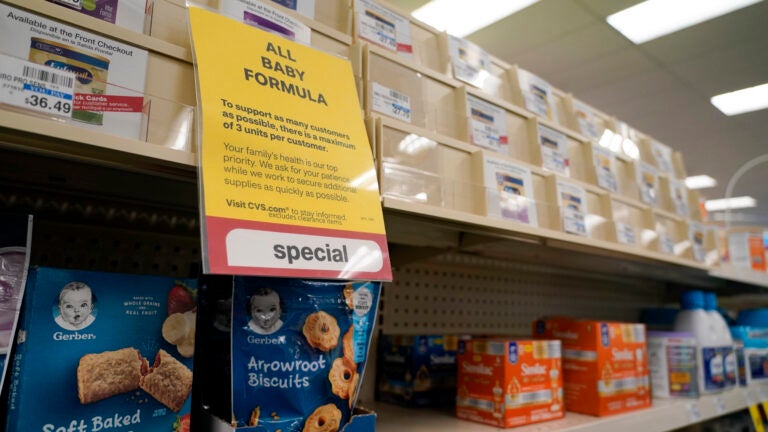