Without a doubt, breast cancer is the disease women fear most and — with its potential to kill — for good reason. But oncologists who treat breast cancer find that even the tiniest, most curable growths provoke extreme anxiety in women simply because they’re called “cancer.’’

For this reason, some say the diagnosis of such self-contained cancers, called carcinoma in situ, should be renamed to remove the “big C’’ label.

“Studies show that women have a hard time distinguishing risks associated with DCIS [ductal carcinoma in situ] from those associated with invasive cancer,’’ said Elissa Ozanne, director of risk assessment and decision support at the University of California, San Francisco Medical Center.

In fact, she and her colleagues at Massachusetts General Hospital found that women are more likely to skip aggressive treatments, at least in theory, when they’re told they have a “breast lesion’’ or “abnormal cells’’ instead of DCIS.

The study, published Monday in the journal JAMA Internal Medicine, asked nearly 400 healthy women who visited MGH for routine medical care to predict whether they would choose surgery or a less invasive treatment when faced with various breast abnormalities; they were told all posed the same risk of eventually turning into invasive cancer. While about half of the women preferred to have surgery when they were told they had a “noninvasive cancer,’’ only one-third chose that option when told they had a breast lesion or abnormal cells, preferring to take preventive medications or undergo active surveillance to see whether the cells developed into a tumor.

“I think this finding suggests that there’s a potential for overtreatment,’’ said Ozanne, who used to work at MGH. Renaming DCIS, she added, might “take some of the stigma away from the diagnosis.’’

Other cancer experts, however, aren’t certain that will be the case. “One of the biggest predictors of inflated risk perception comes from the anxiety’’ of developing a potentially fatal cancer, said Dr. Ann Partridge, director of the young women with breast cancer program at the Dana-Farber Cancer Institute. Since the study didn’t include women who were actually diagnosed with DCIS, it’s tough to say whether they would actually change their treatment choices in the case of a real diagnosis.

Still, Partridge stressed that many women are confused by the diagnosis, often unaware that — unlike a breast tumor — DCIS almost never spreads silently to other organs. In 2010, she participated in a conference convened by the American Cancer Society and National Cancer Institute to discuss the difficulties doctors have in explaining DCIS to women. Often referred to as “stage 0 cancer’’, the diagnosis was largely unheard of before mammography screening became widespread a few decades ago since these small clusters of cells can’t be felt on a physical exam.

Will cancer by any other name still be as scary? “I’m not sure whether changing the name will change the level of anxiety,’’ Partridge said, “but I’m open to trying it.’’

But even a calming of fears won’t likely change a woman’s course of treatment for DCIS — at least until oncologists have enough evidence from research to tell women that they can be safely monitored without surgery. At this point, the recommended course of treatment is either a mastectomy to remove the entire breast — especially if there are many clusters of cells — or a lumpectomy along with radiation to prevent a local recurrence in the breast.

Only a handful of oncologists offer the option of monitoring or using preventive medications, like tamoxifen or raloxifene, outside of a research setting.

“Electing not to surgically treat DCIS isn’t standard therapy right now,’’ Partridge said. “We overtreat it because we can’t determine for certain which lesions will become bad actors. We’re getting better at it, but we’re still not very good.’’

Doctors can distinguish between more aggressive DCIS called “high-grade’’ or less agressive cell types called “low-grade,’’ but while most low-grade growths never develop into invasive breast tumors, some of them will.

About a decade ago, researchers at Dana-Farber and MGH recruited 158 women with low-grade DCIS to participate in a study where they would be given lumpectomies to remove their lesions without any radiation and who were then monitored for up to five years; the study was stopped early after 12 percent of the women developed a recurrence of cancer cells; about two-thirds of these recurrences were DCIS and one-third were invasive tumors.

“The recurrence rate was deemed to be too high,’’ Partridge said, “but these were local recurrences that wouldn’t affect a woman’s chances of survival. It’s extremely rare for someone to develop a distant recurrence from DCIS since we assume they’re being watched.’’

Just how frequently women with DCIS should be monitored with breast imaging and physical exams remains unknown since researchers have never studied the natural progression of in situ breast cancers to determine which ones are destined to become tumors and how quickly that might occur.

“We don’t have as much information as we’d like on this,’’ Partridge said. And this lack of information may propel most women to seek out the treatment that’s most guaranteed to cure.

While watchful waiting might one day become a reasonable option for those with less aggressive DCIS, it may take more than a name change to entice women to choose that option. “We tend to be a risk adverse culture when it comes to cancer,’’ Partridge said. “Even if we change the terminology, will most women feel comfortable rolling with surveillance? I can’t answer that.’’ 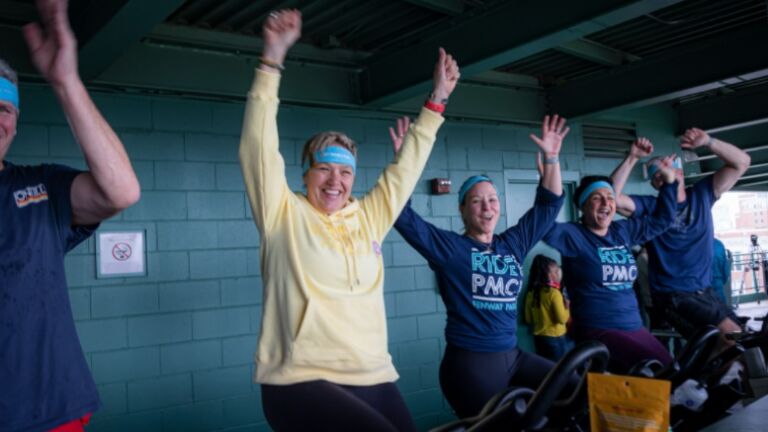 'I was meant to do this': Celtics exec Heather Walker's fight against brain cancer continues