A long-awaited update to cholesterol treatment recommendations was issued Tuesday, and it could lead to a doubling of the number of Americans taking cholesterol-lowering statin drugs from 36 million to 72 million — about 30 percent of US adults.

The new treatment guideline lowers the threshold for those deemed to be at significant risk for having a heart attack or stroke and encourages doctors to treat these patients with statins to prevent cardiovascular disease — even if their cholesterol levels are not elevated.

“When you look at the toll that heart disease and stroke deaths take in this country, we probably need to treat more people with statin drugs,’’ said Dr. Neil Stone, a professor of medicine at Northwestern University Feinberg School of Medicine and chair of the expert panel that wrote the recommendations. “But we also emphasized that physicians and patients discuss the risks and benefits of the therapy, taking into account family history and other factors.’’

The 84-page guideline, issued by the American Heart Association and American College of Cardiology, is largely seen as an improvement over the old recommendations issued by the federal government a decade ago because it relies on evidence from large clinical trials. But it includes some drastic changes in the criteria for which patients should take statins, which many cardiologists are likely to consider controversial.

In particular, the guideline urges doctors to use a new assessment tool to determine a patient’s risk of having a heart attack or stroke, one that has not been tested in studies, and to prescribe more potent, higher-dose statins as a first-line treatment while abandoning other cholesterol-lowering drugs such as Zetia (ezetimibe) and Lopid (gemfibrozil). There’s also concern that people taking statins will feel they don’t have to watch what they eat or exercise — although the guideline says statins should be taken in addition to adopting lifestyle changes.

Some doctors have also expressed alarm over the possibility that almost one-third of American adults could now qualify for lifelong statin use, even if they don’t have high cholesterol levels or any signs of heart disease.

About 50 percent of white men and 60 percent of African-American men in their 50s would now fall in the high-risk category of people who should be treated with statins, as would all men by the time they reach age 70, according to Dr. Roger Blumenthal, director of preventive cardiology at Johns Hopkins Hospital, who reviewed the guidelines. The vast majority of African-American women in their 60s would too, along with one-third of white women.

“This is a tectonic shift in thinking about how to select people for treatment,’’ said Dr. Steven Nissen, chair of cardiovascular medicine at the Cleveland Clinic, who was not involved with developing the new guideline.

The guideline calls on doctors to use a new algorithm — which takes into account race, gender, age, and heart disease risk factors such as high blood pressure and family history — to calculate an individual’s risk of having a heart attack or stroke in the next 10 years. Physicians are urged to prescribe statins to anyone between 40 and 75 years of age whose 10-year risk is 7.5 percent or greater.

Doctors are still advised to use statins to prevent heart disease deaths in people who have type 2 diabetes or who have had a previous heart attack or stroke. And in patients with certain heart disease risk factors, they’re now being told to treat “bad’’ LDL cholesterol levels of 190 milligrams per deciliter or higher rather than considering treatment at levels above 130 mg/dL.

Nissen said some doctors may be uncomfortable giving a high-dose statin to someone with a relatively low LDL cholesterol level, even if their 10-year risk is above the new threshold, “especially since we know the risks of muscle injury and pain get worse when you scale up the dose.’’

Studies have found that patients taking statins have an increased risk of suffering muscle aches and a tiny risk of irreversible muscle destruction called rhabdomyolysis. But statins — which include atorvastatin (Lipitor), rosuvastatin (Crestor), and simvastatin (Zocor) — are by and large considered to be safe. A growing body of evidence from clinical trials suggests that patients who take statins to lower their cholesterol levels are, as a group, able to reduce their risk of having a heart attack, stroke or heart procedure by 25 percent.

More recent research, however, has found that statin users also have about a 20 to 30 percent increased risk of developing diabetes while taking the drugs.

“Women, in particular, are of concern because they haven’t been well represented in clinical trials and we know that diabetes can have more deadly consequences in women than in men,’’ said Dr. Lori Mosca, who is director of preventive cardiology at New York–Presbyterian Hospital who authored guidelines on the prevention of heart disease in women. “I’m still going to use my best clinical judgement and won’t put a healthy woman on a statin if she’s exercising and eating well.’’

All of the cardiologists who spoke with the Globe applauded the expert panel for advising against using statins to drive down LDL levels to certain target measurements — which doctors now routinely do. “We never had data to suggest that using a higher dose or extra drugs to get to an LDL level of 70 instead of 90 helped patients do better,’’ said Nissen.

But these same experts had little positive to say about the new risk asssessment tool. “It overestimates the risk in large numbers of people and is driven by age, smoking, and blood pressure more than cholesterol levels,’’ said Dr. Paul Ridker, a cardiologist at Brigham and Women’s Hospital. “A 55-year-old male smoker with high blood pressure would be deemed at high risk, but he should be told to stop smoking and given blood pressure drugs, not a statin.’’

In a September commentary published in the Journal of the American Medical Association, Ridker argued that heart risk assessments should be abandoned to evaluate patients for cholesterol treatment and that doctors should instead rely on clinical trial data to determine which patient would benefit most from statins. A 2008 trial he conducted, for example, found that giving statins to those with a high level of a blood inflammation marker called high sensitivity C-reactive protein could reduce their risk of having a heart attack or stroke or of dying from heart disease even if they didn’t have high cholesterol levels.

The new guideline took this study finding into account and recommended that doctors consider prescribing statins in those with elevated levels of this marker.

“It’s not like it’s bad,’’ Ridker said of the new guideline. “It just could have been better.’’

Likely, many more patients will be put on statins who don’t really benefit much from them, and this could have the unintended consequence, Mosca said, of providing a false sense of security. “Someone may loosen up their lifestyle or may not exercise or eat as well if they know they have a statin for protection,’’ she said. 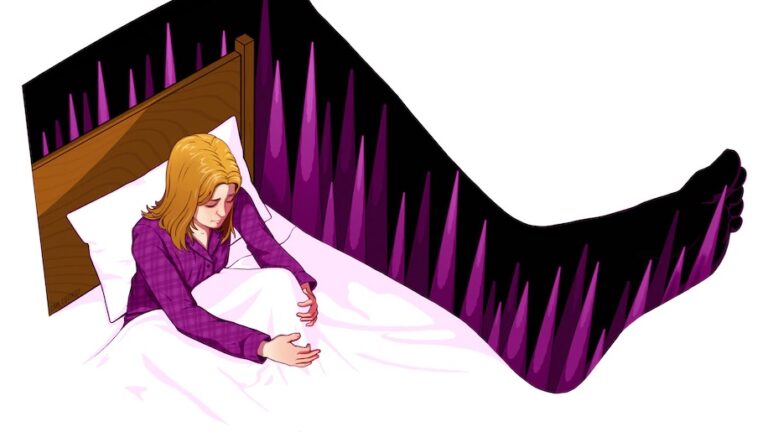 She was ambushed by searing leg pain that struck without warning