On his show this week, Jimmy Kimmel took to his “Pedestrian Question’’ segment to the hiking trails of Los Angeles, sticking microphones in the faces of the fit, trim, and shirtless, to ask them about the diet that’s taking the nation by storm: Gluten-free.

We quickly realize (from Kimmel’s sample size of four), that people are just keepinig up with their friends’ latest obsession, or reading about it online, or basically, not doing their research.

Books such as “Wheat Belly’’ and “Grain Brain’’ would make you think that gluten is the monstrous enemy of a healthy and successful life. Elisabeth Hasselbeck decided to jump on the gluten-free train too, and while she claims a gluten-free diet helped alleviate her gluten sensitivity symptoms, in the book Hasselbeck puts a gluten-free diet on a pedestal as the key to losing weight, increasing energy, and “alleviating the conditions of autism.’’

If you cut out gluten you will solve all of your problems! Your brain will operate at lightening speed! You will lose 50 pounds! You will cure autism! Hmmmmm… sounds like the latest infomercial. Too. Good. To. Be. True.

Last week, I had the opportunity to meet someone who does research gluten and its effects on the body for a living. And guess what? He isn’t gluten-free.

Dr. Alessio Fasano, founder and director of the Center for Celiac Research at Massachusetts General Hospital and Harvard Medical School, explained exactly how protein affects the bodies of people who suffer from celiac disease or have a gluten sensitivity. 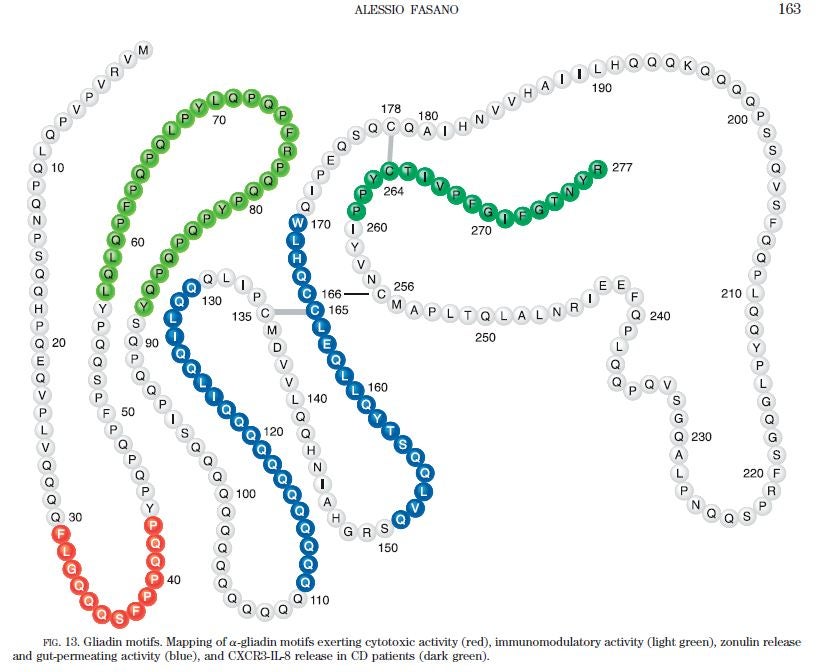 Celiac disease is an autoimmune disease that reflects the body’s inability to break down the protein matrix in wheat, barley, and rye formed by gliadin and glutenin. This protein traps air in pockets in the dough, which allow it to rise. (The lack of gluten is why gluten-free breads and products are often more dense.) This damages the small intestine, by making its lining more perfourous, and inhibits the body’s ability to absorb the nutrients in food.

For people with celiac disease or a gluten allergy, living gluten-free isn’t fun, or optional, or glamorous. It’s live or die. Although the options in our society are improving, it’s frustrating to live gluten-free. You have to plan where you eat and what food you carry with you in case there are limited options when you go out. In his talk, Dr. Fasano proceeded to share a fascinating and funny story on why he thinks that living gluten-free without a gluten sensitivity simply doesn’t make much sense. He tried to live gluten-free for Lent. Especially as a European who loves pasta, he found it discouraging, annoying, and ultimately couldn’t understand why anyone would choose to live gluten-free if they didn’t have celiac disease or a gluten sensitivity.

He said the diet was simply expensive and inconvenient. “I would not call it a healthier diet, or something you should be on to lose weight,’’ said Dr. Fasano. “Because if you consume the alternate food options, they can often be higher in fats.’’

Dr. Fasano proceeded to highlight the billion-dollar industry that’s benefiting off of this trend. Analysts from the market research company NPD Group said in the The New York Times article “A Big Bet On Gluten-Free’’ that approximately 30 percent of consumers say they would like to cut back on the gluten in their diets. Another research company Mintel projected that this industry will reach more than $15 billion in sales annually by 2016.

Dr. Fasano has written his own book, “Gluten Freedom’’ explaining how to live gluten-free for medical reasons. The gluten-free diet began as a serious treatment mechanism for celiac disease, which was a horrible and misunderstood slow killer of young children. If sufferers avoid gluten, they will lead long and happy lives. If they slip up, the symptoms will begin to occur again.

“We really have a problem when we call this medical treatment a fad diet,’’ said Dr. Fasano. “The estimated prevalence of people who need to be on a gluten-free diet is 10 percent, but this industry and books like “Grain Brain’’ would rather estimate it’s at 100 percent.’’

Would you have been one of the fad dieters stumped by Jimmy Kimmel’s question? I’m interested to know: Why are you on a gluten-free diet? 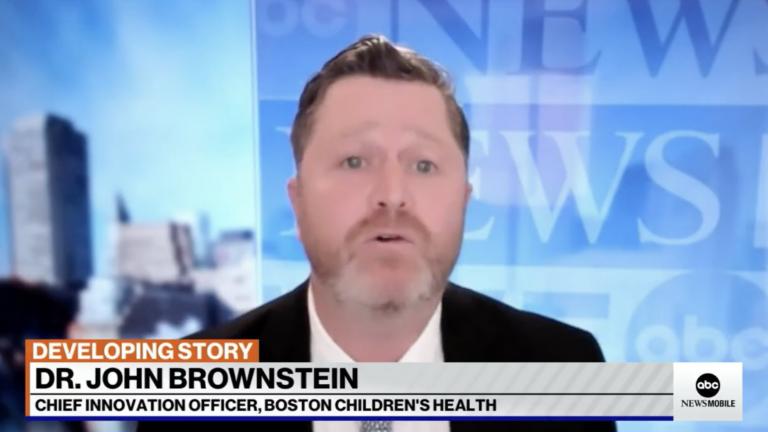 ‘We will see more kids with this virus’: Boston Children’s doctor urges awareness as monkeypox continues to spread