I make pretty embarassing sunscreen mistakes almost every year. Being fair skinned, red-headed, but from Georgia, the sun is both my archnemesis and my hero. I love the heat, but my skin can’t stand the rays. One of my most embarassing stories was when I used spray-on sunscreen for the first time, and I thought you didn’t have to rub it in. The result? Burned, polka dotted legs for days.

With my fair complexion, blue eyes, freckles, and Scottish-Irish-English family history, my risk for skin cancer is pretty high. My risk for burns is too.

New research out this week from the American Association for Cancer Research finds that among white women, those who had at least five blistering sunburns when they were 15 to 20 years old had a 80 percent increased risk for melanoma.

Despite the availability of more powerful sunscreens, melanoma cases in the United States from 2001 to 2010 have increased “significantly’’ by 1.6 percent per year among men and 1.4 percent among women, according to the Centers for Disease Control and Prevention. In 2010, 9,154 people in the United States died from skin cancer.

That’s thousands of people, dying, from a cancer that is largely preventable. 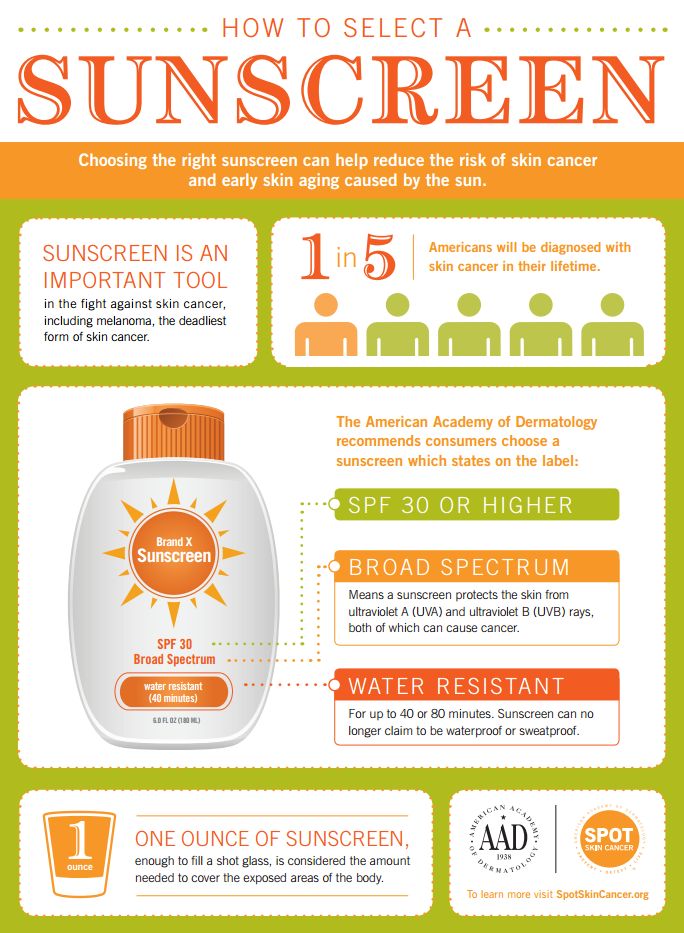 How to Select a Sunscreen Infographic / SpotSkinCancer.org

This week, I spoke with Dr. Hensin Tsao, a dermatologist and director of the Melanoma Genetics Program at Massachusetts General Hospital about common mistakes and misconceptions around skin cancer and effective use of sunscreen. Our conversation might make you think twice about what you used to say to yourself while your skin was cooking on the beach.

1. You used a dollop. For your whole body.

Nope. Pull out your shot glass! It’s a party. No, not that kind of party. The lather-up kind.

To cover your entire body, the American Academy of Dermatology estimates it should take a shot glass size amount of sunscreen. Of course, this varies for different shapes and sizes of people, but it’s still a good estimate.

If your bottle of sunscreen is still sitting in the closet from last summer, Dr. Tsao said you probably didn’t use enough.

“Like any medication, there’s a proper dosage to achieve the proper effect. There’s a proper amount of sunscreen that people don’t pay attention to,’’ he said.

While it’s a relatively new concept for me to think of sunscreen like a medication, there’s a dark trap in this line of thinking…

2. Apply in the morning, and then hit the beach all day.

“The wrong way to use sunscreen is to apply SPF 100 sunscreen at 8 a.m. in the morning, and presume that it is active at 5 p.m.’’ said Dr. Tsao. “Much of that sunscreen will be gone by midday.’’

Sunscreen isn’t like a pill. You don’t take it once and relax for the rest of the day. The AAD recommends sunscreen should be reapplied every two hours, no matter the SPF value. Which brings us to…

3. All SPFs are created equal.

No sunscreen can block 100 percent of the sun’s rays, according to the AAD. But higher than SPF 30 doesn’t do much good.

According to Consumer Reports latest research on sunscreen, double the SPF does not equal double the protection. But unfortunately, not all sunscreens protect as advertised. While one product came in at less than half its claimed SPF, others came in at 4 to 40 percent below their claims. That means if a sunscreen advertises SPF 30, it might come in at SPF 18 (40 percent less). It’s better to check for “broad spectrum protection’’ a label by the FDA which means the sunscreen must protect against both UVA (thought to contribute to chronic sun damage) and UVB (short wave ultraviolet radiation) rays.

4. Your end of the summer tan protects you.

Basically, you’re just being lazy with that excuse. By the end of the summer, you think you don’t need to apply sunscreen as often because “your skin is used to the sun by now.’’ Guess what. There is no such thing as a safe tan, according to the AAD. Tans are the sign of sun damage.

No matter if it’s May or August, your skin is still getting just as damaged by the sun. The burn from the beginnning of the summer that transformed into a tan is not a protective force field.

“There is the notion of hardening, where people think their skin becomes harder to the sun,’’ said Dr. Tsao. “People who are at risk for skin cancer remain at risk. I would say for people who need sunscreen to prevent being burned, they will continue to burn in July or August. Sun sensitive individuals need sunscreen throughout the summer.’’

It looks like those sunscreen mistakes early in my life might have had longer lasting effects than I previously thought. Here’s to paleness and self-tanner. 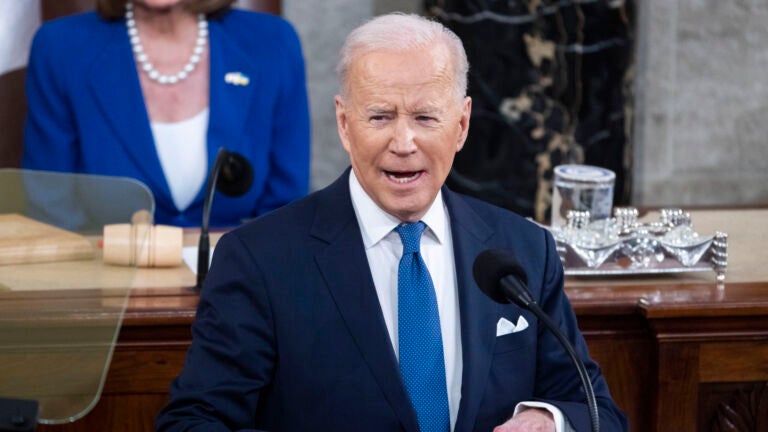