It’s time to bring the pen and paper back to class.

Taking notes on the computer is detrimental to learning, and it’s not just because of Facebook, according to a new study conducted by researchers at Princeton University and the University of California, Los Angeles (UCLA)

While computers can certainly be distracting (a kid in front of me in economics once watched the entire Kitty Olympics during class, no joke), it’s not just the Internet that hinders student learning. Even when all distractions are eliminated, handwritten notes are still dramatically more effective at helping students retain information, according to the study.

“The studies we report here show that laptop use can negatively affect performance on educational assessments, even—or perhaps especially—when the computer is used for its intended function of easier note taking,’’ the researchers said in the report, which was published in the June issue of Pyschological Science.

What’s particularly interesting about this study is that the majority of students would tell you the opposite. Sixty-five percent of students claim that taking notes on a laptop benefits their learning, according to a separate University of Ontario study.

Students who handwrite their notes write significantly fewer words, the new study shows. In the research trial, students who took their notes longhand wrote on average of 173 words compared to computer note takers who wrote 310. Students who typed their notes were also more likely to take down notes word-for-word.

Here’s how the study worked:

The first study looked at how much information students retained immediately after lecture. Sixty-seven Princeton University students watched five 15-minute TED talks that covered interesting, yet not common, knowledge. Half the students took notes by hand, while the other half typed their notes on a laptop.

Thirty minutes after the lecture, students were quizzed on factual (“Approximately how many years ago did the Indus civilization exist?) and conceptual (“How do Japan and Sweden differ in their approaches to equality within their societies?’’) information. The students who took their notes by hand scored significantly higher on conceptual questions and scored equally well on factual questions when compared to their typing peers. 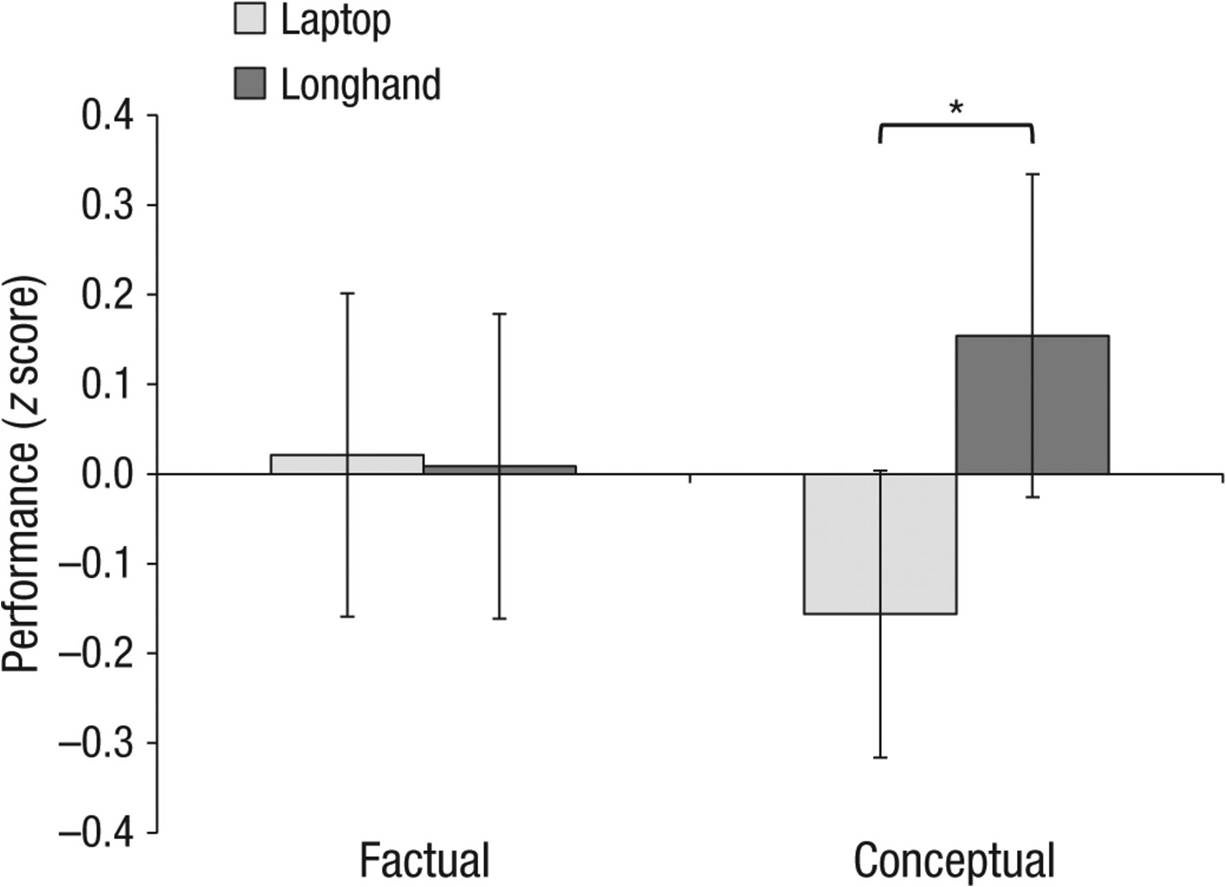 In the research, students said they like to type their notes so that they have more to look over when they’re studying. To see if the students had a point, the UCLA and Princeton University researchers conducted a second study with 109 UCLA students, this time quizzing half of them a week after lecture and allowing them 10 minutes to review their notes before the quiz. 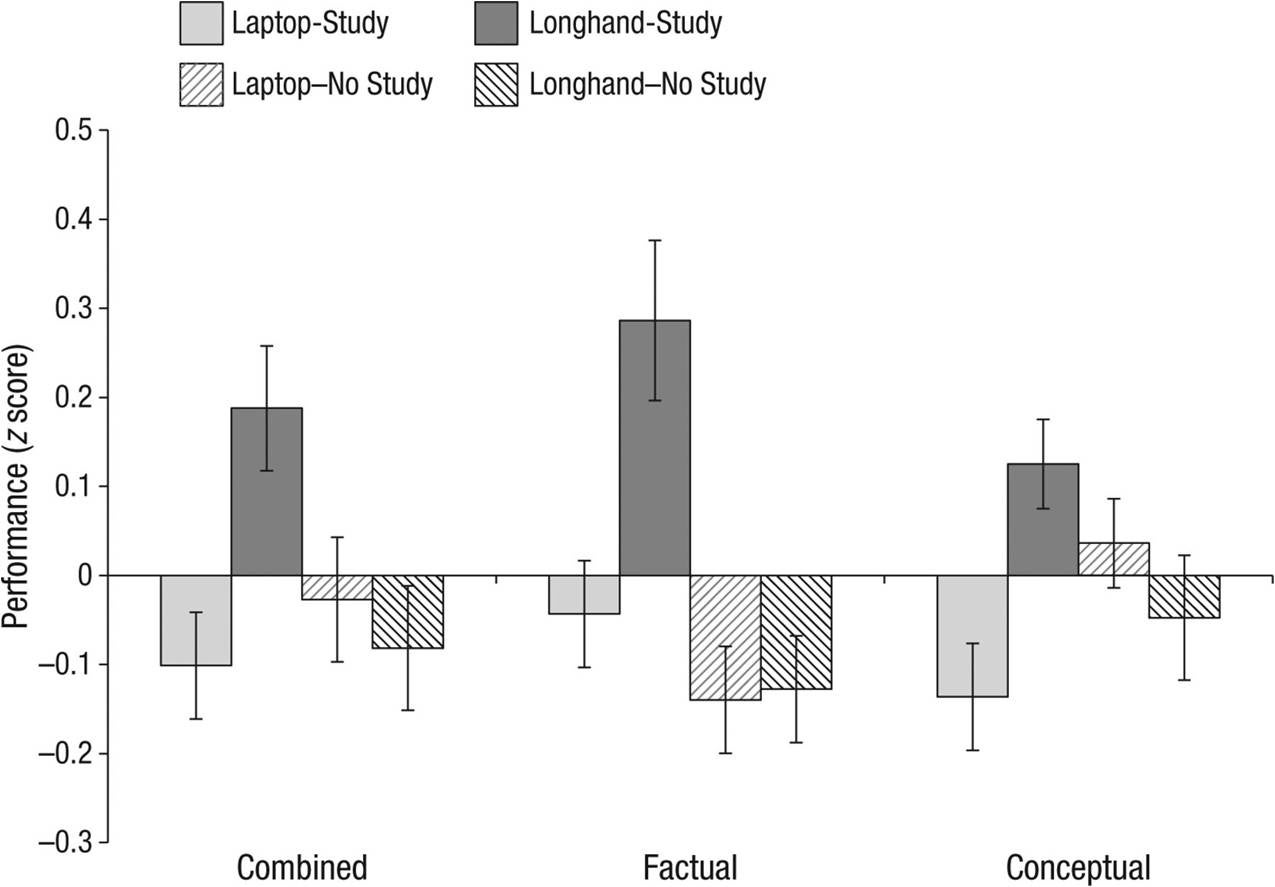 Mean z-scored performance on factual-recall and conceptual-application questions as a function of note-taking condition and opportunity to study (Study 3). Mueller P A , and Oppenheimer D M Psychological Science 2014;25:1159-1168

Still, the handwritten-note takers outperformed their typed-note peers, despite having less material to study. Here’s what’s even more interesting: When given the chance to study, handwritten-note takers did well on factual questions too. The researchers propose that this is because longhand-note takers select only the most-important information to include in their notes, making studying more effecient. 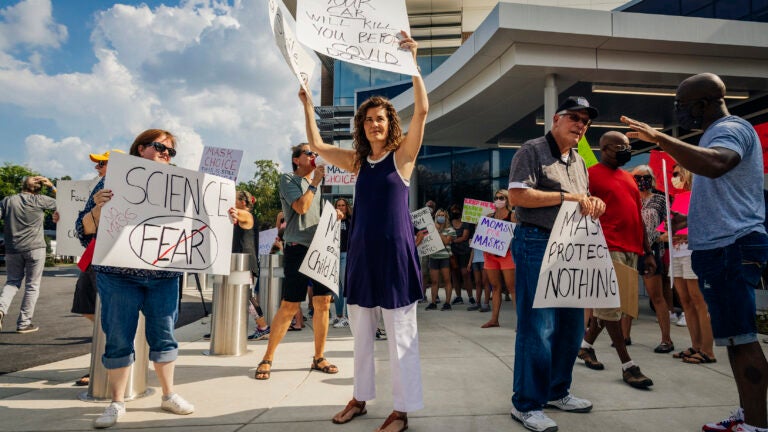 Can politics kill you? Research says the answer increasingly is yes.