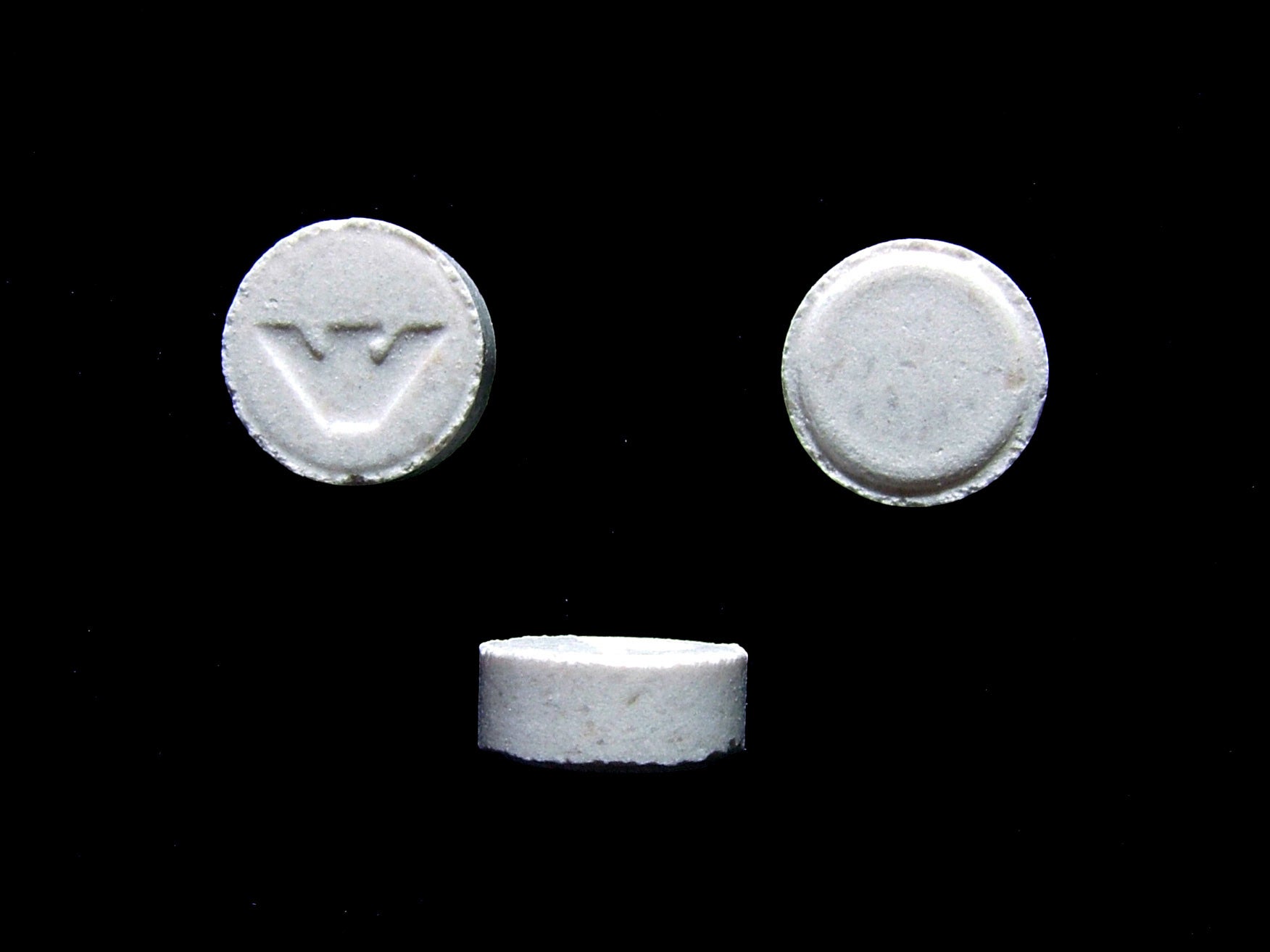 Anthony Macie spent most nights drinking himself to sleep with his gun tucked nearby. After returning from Iraq following the surge of 2007, he became dependent on painkillers and antidepressants that he says were prescribed to him during multiple visits to Veteran Affairs clinics.

In a final effort to save himself, Macie, 28, of Brattleboro, Vermont, enrolled in a clinical trial that would test an unproven treatment for his PTSD.

“I probably would not be alive if I didn’t enroll in the study,’’ he said.

In 2013, participants like Macie underwent psychotherapy sessions under the influence of the drug MDMA, more commonly known by street names Ecstasy and Molly.

The experience was so transformative, he says, that he dropped out of the trial after only one session.

“It was the first time since I came back from Iraq that I felt at peace from everything,’’ said Macie.

He credits the single session of MDMA-assisted psychotherapy with helping him overcome major hurdles in his PTSD diagnosis after years of prescribed medications couldn’t. His case is unusual, but with only a handful of participants, experts involved in the study said it is too early to tell what is considered an average outcome from the experimental therapy.

For decades, the drug has been synonymous with nightclub raves and underground parties. Public health officials have repeatedly warned about its potentially fatal dangers. But researchers involved in early studies on the illicit drug say it’s on the road to reinvention from recreational high to a prescribed therapy.

Feeling “safe and supported’’ on MDMA

MDMA is a stimulant that reduces activity in a part of the brain that deals with fear while increasing the hormones serotonin and oxytocin, which have been shown to promote feelings of love and happiness. Common themes described by the study participants include a sense of calmness, a total loss of ego, and full emotional control.

In May 2015, the U.S. Food and Drug Administration approved the first trial using the banned drug to test its effects on anxiety and depression in patients with life-threatening diseases.

Unlike other illicit drugs that help users escape physical pain or traumatic memories, MDMA— taken during an intensive psychotherapy session—can help patients process their emotions by eliminating their emotional perception of threats, according to Rick Doblin, Boston-based founder and executive director of the Multidisciplinary Association for Psychedelic Studies (MAPS). The group has been the primary funder for studies on MDMA.

“When you feel safe and supported [on MDMA] you have an emotional acceptance and integration of the memory and trauma,’’ said Doblin.

Nearly two dozen clinical trials on MDMA-assisted psychotherapy have been completed since the FDA approved its clinical testing in 2001.The studies have looked at the drug to help treat a variety of conditions including post-traumatic stress disorder (PTSD) and social anxiety among adults with autism.Led by California psychiatrist Dr. Philip E. Wolfson, the latest FDA-approved randomized trial will include more than a dozen patients diagnosed with life-threatening illnesses who have at least nine months to live. The researchers will test whether the drug offers a level of relief for patients suffering from paralyzing anxiety, fear, or depression due to their diagnoses.

Researchers who study psychedelic-assisted therapy say stories highlighting the dangers of LSD, Ecstasy, and Molly in uncontrolled settings have shaped the public’s perception and masked the drugs’ therapeutic potential.

But there’s no denying the dangers exist.

Some of the most common side effects of MDMA include anxiety, sleeplessness, and aggression, according to the National Institute on Drug Abuse.In severe cases, the drug can also cause seizures and kidney and heart failure, according to the agency.

Previous studies suggest that taking MDMA for long periods of time may permanently change activity in parts of the brain that regulate emotions. Abuse could also lead to depression, attention deficit, and memory loss.

Ecstasy is one of the most common drugs tried by high school students in Boston, third only to prescription drugs and marijuana, a 2013 report by the Boston Public Health Commission found. The cheap and easily available drug is even more popular among college students, the report states. The slew of overdoses from ecstasy and its powder form, Molly, have prompted numerous warnings about the drug’s danger.

In March 2015, a patron at the House of Blues in Boston suffered a seizure, and three others fell ill after taking Molly. Years before, at the same nightclub, a19-year-old college student suffered a deadly overdose.

But what is likely to be found on the street is not the same as what’s used in therapy, Doblin said. The street version of MDMA is often cut with other chemicals that offer a different high, which is uncontrolled and more dangerous, he said.

The early narrative around clinical Ecstasy sounds much like that of medical marijuana. Doblin says marijuana has, in some ways, opened the door to social acceptance of illicit drugs as medicine.

“People are coming around to the fact that recreational drugs can have medicinal uses,’’ said Doblin.

“It will always be administered under supervision’’ known as MDMA-assisted psychotherapy, said Doblin. 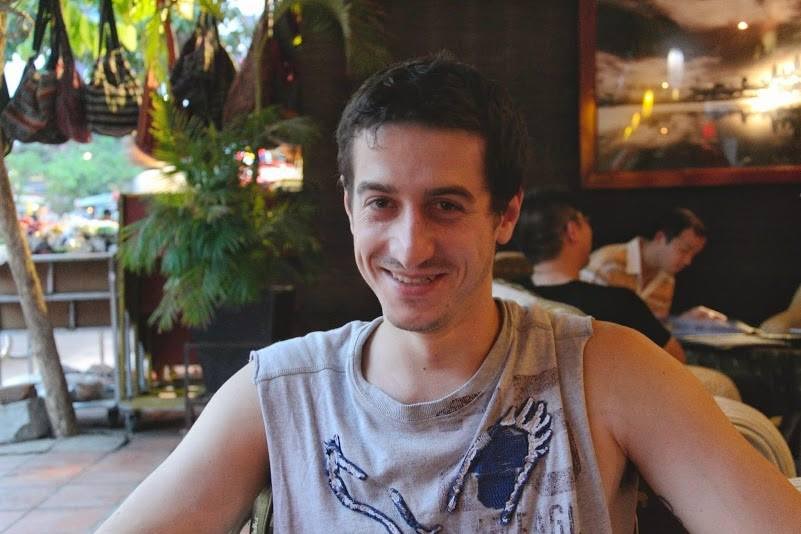 Macie — who took part in a MAPS-funded study — said that while a single therapy session hasn’t cured his diagnosis, it “provided a paradigm shift in my thoughts,’’ which eventually helped him overcome his prescription drug dependency.

“War is not a curable disease, and it is something that you can only do your best to attempt to live with,’’ Macie said.

The long, therapeutic road ahead

For Wolfson, the opportunity to conduct the 15-month study is deeply personal. In 1988, Wolfson lost his then 16-year-old son, Noah, to leukemia.

Wolfson says he participated in MDMA-induced “time’’ with Noah and other family members throughout his son’s final three years of life.

“It was part of the stabilization and coming back to ground and having that love and connection,’’ he said.

Wolfson said he experienced firsthand the power of MDMA to help patients with life-threatening diseases.

Still, the drug’s therapeutic future remains unclear, and proving the drug is safe and effective — a required standard for FDA approval — still has a long way to go. Studies on MDMA are in their earliest phases, and researchers have only recruited a handful of participants.

Psychedelic drugs are held to the same safety and efficacy standards as any other drug considered for FDA approval, and they have to go through the same drug approval process, an FDA spokeswoman told Boston.com.

“We cannot speculate as to how likely it would be to have any such drug approved by the FDA,’’ she said.

Like Wolfson, major advocates of MDMA as a medicine have a stake in the drug’s therapeutic success. Doblin, who hopes to open Boston’s first psychedelic clinic should the drug be approved, predicts the FDA will approve the drug for PTSD by 2021.

Dr. George Aghajanian, a senior research scientist in psychiatry at the Yale School of Medicine, said there’s not enough research to know exactly who will benefit from the drug since its effects are unpredictable. Aghajanian is not involved in any studies on MDMA.

From street drug to salvation?

The drug has already shown promise in preliminary studies for some disorders.

For the first couple hours of the session, Macie was silent. The Army paratrooper wasn’t asked to recall any memories of his 15-month deployment to southeast Baghdad. He could have sat there for the whole session if he wanted to. But he knew why he was there.

Then, Macie said, he experienced “a paradigm shift.’’

“It wasn’t a drug high, it was clear. I went through memories and didn’t suppress them. It showed me that everything that happened, happened,’’ he said.

Macie said before the session he never wanted to leave his house. He has now started a nonprofit organization Expert Exchange, a program for veterans focused on international development in Cambodia.

Macie said he has not used MDMA since his trial session. 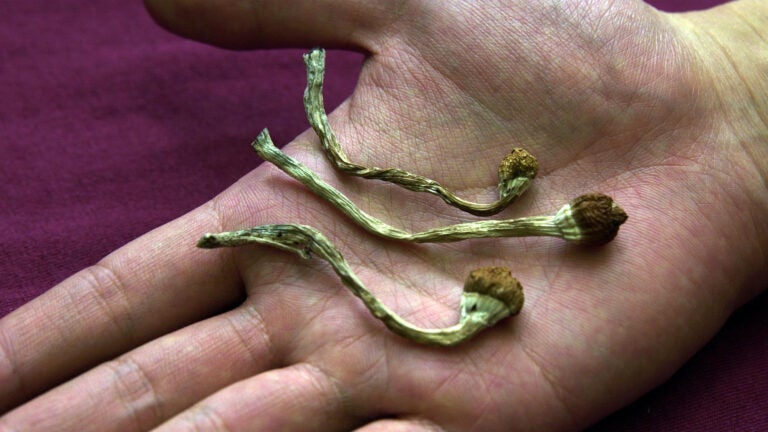