Psychedelics changed the way a mother and daughter experienced death

Days before she died, Mara asked her parents to take MDMA with her.

The 32-year-old had spent the previous year doing anything she could to beat the odds and survive colon cancer. But the physical pain consumed her. She tried a spinal nerve block, a medicinal pump, even a healer in a remote village in Brazil.

But the high from MDMA, also known as Ecstasy or Molly, became the only thing that gave her relief.

So her mother, Marilyn, honored her request.

“My daughter is dying and right now in this moment, I’m so grateful to be with her,’’ Marilyn remembers thinking as they took the drug. “I’m so grateful to have these moments of clarity and love and peace and joy. That I can hold this memory forever.’’

Mara asked her parents to move her limbs so she could dance. Marilyn picked up Mara’s arms and swayed them. Mara beamed with joy.

Many facing the death of their loved ones are often plagued with deciding how best to live out days under intense — and often physically painful — awareness of their mortality. It’s a question whose answer can not be found in a medical textbook. For most, like Marilyn and Mara, the decision becomes a tailored act of love.

Marilyn, who wrote about their experience in her book, “Honor Thy Daughter,’’ found the use of psychedelics to be a turning point in Mara’s end-of-life care. It wasn’t meant to replace Mara’s palliative care — or to offer her false hope of living — but became a method of easing into mortality’s sting.

After growing up in Brookline, Mara became a teacher at Aurora School in Oakland, California. The interview, in 2004, included meeting the children. At the end of it, they hugged her and asked for her to be their teacher.

“She was a vibrant, thoughtful, kind person. She loved her life, she loved what she did,’’ Marilyn said.

In the summers, she had volunteered for species research in places like Madagascar, Kenya, and Honduras. She used her experiences to bring classroom lessons to life. One day, her students noticed that lions and tigers were seen on boxes of Celestial Seasonings brand Madagascar tea varieties. Those species live on continental Africa, not on Madagascar. Her students wrote Celestial Seasonings about their error and made prototypes tea boxes with animals that live on the island.

She felt stomach pain before a planned fish study trip off the coast of Honduras. But she pushed herself on. That research trip would turn out to be her last.

Tests found that she suffered from irritable bowel syndrome, at worst. When she was finally diagnosed with cancer, it was too late. She was terminal.

In 2005, she underwent emergency surgery to have several organs removed. But surgeons could not remove the swollen lymph nodes behind her heart’s main valve, Marilyn said.

Still, Mara pushed away anyone who doubted her will to live. Mara’s pain became so unbearable,there were times Marilyn wished death would end her suffering.

When they felt they had exhausted all options, Marilyn received an email about an FDA-approved clinical trial at McLean Hospital in Belmont, in which end-stage cancer patients would use MDMA to help relieve anxiety and depression.

It seemed worth a shot to Marilyn, but not to her daughter: She said she wasn’t end stage.

A decade later, researchers are still studying the effects of MDMA-assisted psychotherapy on improving the quality of life on patients with chronic diseases. So far, results suggest that many are able to let go of some of their fears.

Marilyn had heard of people on psychedelics having remarkable spiritual experiences. She encouraged Mara to try.

Mara did not qualify for the study because she was too sick, so Marilyn found an underground psychotherapist who would administer psychedelics. Marilyn detailed their transformative experience personal end-of-life journey in her book, “Honor Thy Daughter.’’ healing potential of psychedelic therapy

The sessions started with psilocybin, but as the pain worsened, Mara wanted something stronger. “I want this miracle. I want this spiritual experience,’’ she told her mother.

In his book, “Being Mortal,’’ Harvard physician Atul Guwande wrote this about end of life care: “You may not control life’s circumstances, but getting to be the author of your life means getting to control what you do with them.’’

Mara, steeped in incredible pain, wanted physical and spiritual relief. Under the supervision of the psychotherapist, she took LSD, then medical marijuana. And finally MDMA.

It worked. She did not dwell in the pain. She talked about her childhood and her life. She accepted death. She told her mother she loved her in an effort so intense, it has stayed with Marilyn a decade later.

“MDMA gave us the whole person that we loved, for a little while — back to say anything that we might ever have wanted to say, and for her to be able to say anything,’’ Marilyn said.

The sessions were short-lived and they came with real risks. Since MDMA is an amphetamine, it raises the heart rate and blood pressure.

Indeed, researchers conducting studies on the use of MDMA for medical use say the drug is not intended to become a stand-alone treatment.

“It will always be administered under supervision,’’ known as MDMA-assisted psychotherapy,’’ says Rick Doblin, Boston-based founder and executive director of the Multidisciplinary Association for Psychedelic Studies. The group has been the primary funder for studies on MDMA.

Dr. George Aghajanian, a senior research scientist in psychiatry at the Yale School of Medicine, said there’s not enough research to know exactly who will benefit from the drug since its effects are unpredictable.

Experts also caution about the drug’s lasting effects. Previous studies suggest that taking MDMA for long periods of time may permanently change activity in parts ofthe brain that regulate emotions. Abuse could also lead to depression, attention deficit, and memory loss — though the long-term risks seem obsolete in its use for end-of-life care.

Mara, who was already experiencing heart palpitations, did not stop her palliative care while undergoing MDMA-assisted psychotherapy sessions. She was continuously monitored during the experiences.

In the final hours of her life, Mara lay in her mother’s home. Despite taking MDMA, Mara was unresponsive to any attempts to wake her.

“Oftentimes, when a person is dying, we have no idea if they’re conscious, or what they know. And what is most important is that we communicate through touch and through voice,’’ Marilyn said.

Mara’s father stroked her head, and Marilyn read aloud. Marilyn says Mara opened her eyes and looked at her parents with an expression of joy before she died.

At a memorial for Mara in Oakland, a mother of one of her students introduced herself to Marilyn. She said the only way her son had been able to handle Mara’s death was to make himself a cup of Madagascar tea. He drank one every afternoon. 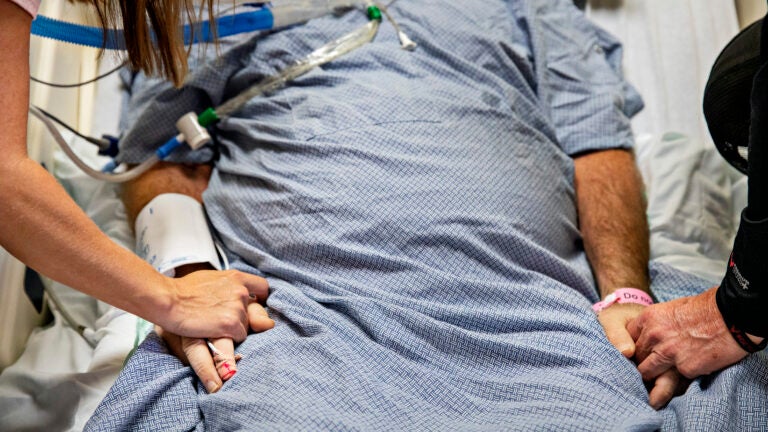 They spurned the vaccine. Now they want you to know they regret it.