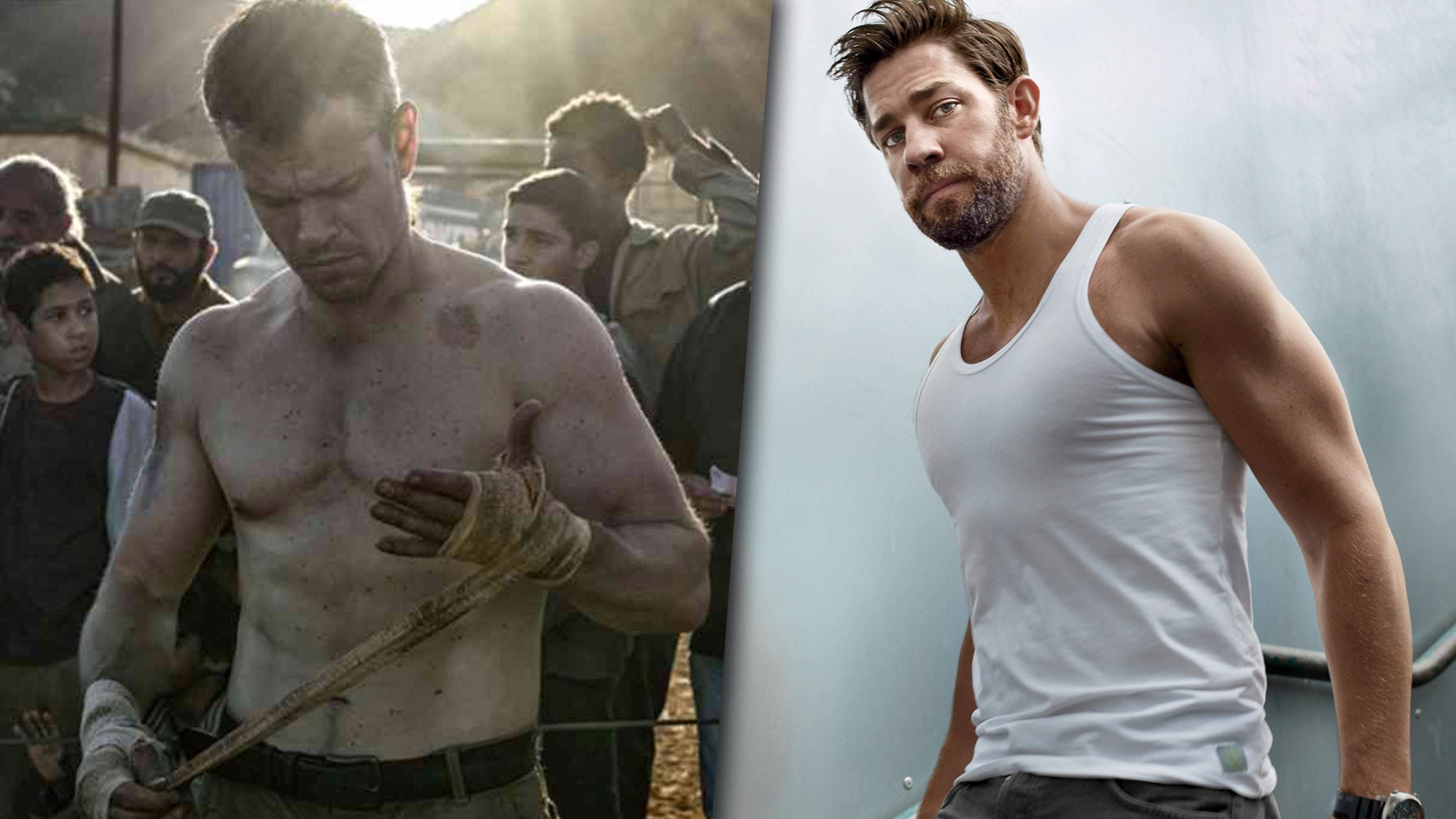 Newton-bred actor John Krasinski got buff. Like really buff. Like the kind of buff that makes Jim Halpert a distant memory.

Also buff: Matt Damon. The Cambridge-raised movie star might not be John Krasinski buff, but he’s buff enough to be buffer than most people.

This moment of buff appreciation is all thanks to Jason Walsh, a certified strength and conditioning specialist and celebrity trainer based in Los Angeles who worked with both Krasinski and Damon on their recent movies: January’s 13 Hours: The Secret Soldiers of Benghazi and July 29’s Jason Bourne, respectively. Emma Stone, Minka Kelly, Bradley Cooper, and Justin Timberlake are also among Walsh’s notable clientele.

“Learning how to deal with different personalities is a large part of the art of training,’’ Walsh said. “It’s essential to earn their trust early. Then you can get them to do whatever is needed to generate results.’’

“We spent a majority of the time on John’s strength [for] approximately three months,’’ Walsh said. “[We did] complex movements like rack pulls, front squats, deadlifts, and lots of sled drags.’’ Walsh said he trained Krasinski with a lot of body-building exercises, like bench pressing, rows, shoulder pressing.

As for Damon, Walsh said that he “had Matt in great shape all year from previous movies,’’ so he really focused in on conditioning for Jason Bourne. In addition to classes, Damon also did long torture training, which Walsh defines as long, strenuous workouts.

Of course, not everyone from Boston can move to Hollywood and start working out with a personal trainer to the stars. With that in mind, here are four of Walsh’s tips to help you get buff all on your own:

1. Try group fitness classes “We are seeing a surge in group class training,’’ Walsh said. Why? Because of the built-in excitement and encouragement. “The workouts are usually fresh, someone is telling you what to do, and you have a community around you for motivation and support,’’ Walsh said.

2. For arms like a Boston Action Hero, stick to basic exercises It’s all about getting good at pushups and pullups, Walsh said. Try an assortment of variations on the exercises.

3. If your schedule is jam-packed, just do a short workout Obvious statement: Making time to get to the gym is tough. “You can find every excuse in the world not to work out,’’ Walsh said. He created his 30-minute high-intensity class for that reason. “I wanted to deliver a better, safer, and more effective workout in less time.’’ Yes, you can do a quick workout—just make it an efficient one.